Barry Geraghty’s Sporting Index blog: Hoping Rathhill can get back to where we thought he’d be

I schooled both Defi Du Seuil and Champ at Chepstow on Tuesday and they both felt really well.

It was good to get Defi out as he can have a tendency to give his fences plenty of air, so it was good to blow away the cobwebs. All being well, he’ll go to Cheltenham in a couple of weeks and he’s one to look forward to for sure.

Champ jumped five fences down the back, which he measured really well. It was good to get some more experience into him and he’s another we’re not far off getting out.

It was great to get my first winner of the season with Time Flies By in the closing bumper at Cheltenham on Saturday.

He’d shown us enough at home to suggest he’s pretty smart, but it was good to see him do it as nicely as he did on the racecourse. It was a good solid performance, particularly as the runner-up was well-fancied. Hopefully he can build on it as the season goes on.

We were obviously disappointed with Minella Rocco in the handicap chase. He simply doesn’t feel the horse he once was and to be unable to put up any kind of show off that handicap mark is pretty underwhelming. 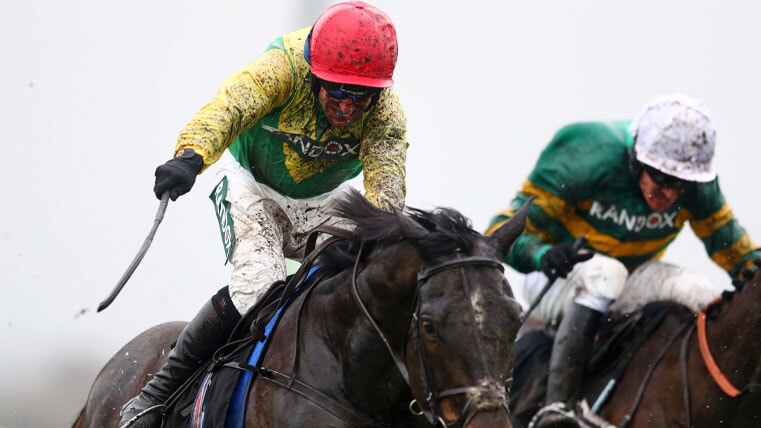 The news of Wayne Hutchinson’s retirement was as big a surprise to me as it was to everyone else in racing. He was a top-class rider as well as being a great bloke and he’ll be hugely missed in the weighing room. I wish him all the best with his future plans.

I’m travelling over to Ireland this weekend with rides at both Down Royal and Cork. I kick things off with Front View in the two mile maiden hurdle (1.15pm) for Joseph O’Brien.

It looks a pretty strong race with the likes of Cheltenham Festival winner Envoi Allen in there, but my horse was a good winner of a Punchestown bumper last time and I know Joseph thinks a fair amount of him.

He’ll have to step up from that run to be involved here, but he’s one to look forward to.

Rathhill is my second ride of the day in the two mile handicap hurdle (1.50pm).

I rode him when he won a nice novice hurdle at Newbury on his first start for Nicky Henderson and that saw him go off favourite for the Tolworth Hurdle at Sandown where he didn’t perform as we expected him to.

Just the two starts over hurdles in a competitive handicap like this is a bit of a worry, though Nicky wouldn’t be sending him over for the sake of it and we’re hoping for a much better run this time around.

He didn’t run up to expectations at Sandown, but you’d be hoping he can get back to where we thought he’d be.

Farid is my opening ride on Sunday and he takes his chance in the maiden hurdle (1.00pm). He’ll need to improve on what he’s done so far over hurdles to be competitive here.

This is an easier test than the Grade 3 he ran in last time, though, so fingers crossed he can run well.

I also ride Ex Patriot in the Grade 3 novice chase (2.45pm) who is seeking a hat-trick having won his last two.

He was a pretty good hurdler and having run okay in his first two starts over fences, he seems to have really found his feet with those wins at Thurles and Gowran Park.

It’s another strong-looking race, but if he can pick up from where he left off at the end of last season, he’d have a solid chance.

The Charlie Hall Chase at Wetherby on Saturday sees the return of La Bague Au Roi and I’d expect her to take plenty of beating.

Looking at the way she races, she jumps really well and seems to have a great attitude too. She was so game at Kempton over Christmas and really impressed at Leopardstown, so you’d imagine it will take a pretty good one to get past her.

The ground looks like it will be a bit slower than normal there as well which should play to her strengths.

Loads of goals flew in last week in the Premier League, will this weekend follow suit? Check out our preview.
Read more