One Eye On The Weather

The weather has been wreaking havoc with racing all week and it obviously scuppered plans to run Champ at Kelso on Thursday.

I wouldn’t be worried about that, though. He had the race in the bag at Cheltenham before tipping up at the second last and he showed plenty that day to suggest he’s up to running a big race at the Festival.

He’s schooled so well since that I wouldn’t be at all concerned about him not having a race between now and the RSA.

Plan A – Sporting John at Ascot on Saturday

There’s a Plan A and a Plan B this weekend as things stand.

If Ascot is on then Sporting John will take his chance in the opening novices’ hurdle (1.15pm), but if it’s called off I’ll head to Exeter with him on Sunday and take two rides at Haydock on Saturday.

Whether he runs at Ascot or Exeter, it’s a step up in grade for Sporting John but that’s exactly what we need to do to find out where we are with him. 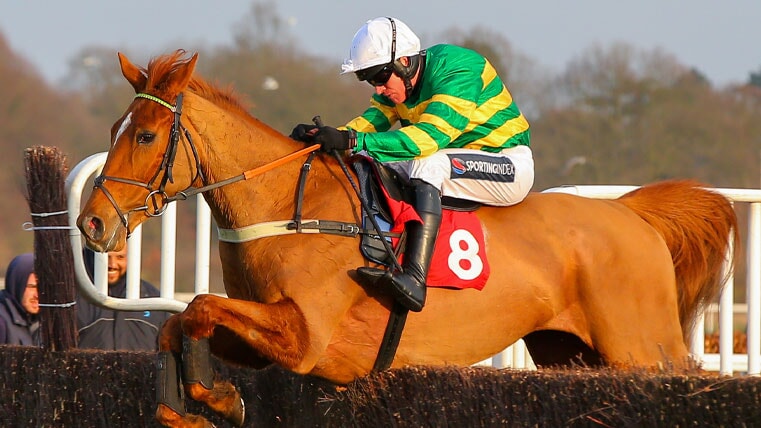 Master Debonair sets the standard. We were due to get weight off him at the abandoned Exeter meeting last week and now we’re off level weights if we clash in the Ascot race.

But, even so, when you have a horse like this you have to hope you can win these sorts of races.

He’s a lovely, big, chasing type but he also shows plenty of pace and he’s proven he stays in his point-to-points. He’s also a very smart individual with plenty of speed and hopefully a big future.

First time up at Exeter, when the penny dropped late, we were pleasantly surprised with his performance as he doesn’t show a massive amount at home. Then the next time we were expecting a good run and he did it really well.

The form of his first win has worked out well with the second, Harry Senior, going on to win well on Trials Day at Cheltenham.

In my mind I’ve had Sporting John at a similar level to Chantry House and he obviously won nicely at Newbury last weekend.

Plan B – Haydock on Saturday

I’ll be at Haydock for two rides if Ascot gets called off, starting with Musical Slave in the opener novices’ handicap chase (1:30pm).

He won well at Exeter last time so hopefully he can build on that and run well again.

It looks to be a competitive race, full of horses with good, recent form, but you’d hope he will improve again and go close.

Unowhatimeanharry may not be quite the force of old but he is stepping down into handicap company for the Pertemps Qualifier (3:50pm).

He still loves his racing, has a great attitude and the handicapper has dropped him a couple of pounds so you’d hope he’ll be very competitive.

They’re both nice rides and it’s a good backup plan if things don’t go ahead at Ascot.