Cheltenham is a stiff track anyway, so when the ground is as soft as it will be, it will take a lot of getting. The November Meeting tends to be very competitive too, so there will be a good end-to-end gallop and it’s likely to get attritional. There could be a few shock results and soft ground form from this weekend may well get turned on its head come the Festival.

My first ride on the Saturday is Mick Pastor for Paul Nicholls. He’s a French import with heavy ground form, so you would like to think conditions won’t be a problem.

He has the right kind of profile for the race and Paul seems very keen on him. Of the opposition, Allmankind from the Skelton yard won well at Warwick last time out, while Gary Moore’s Botox Has was impressive at Fontwell.

Brelan D’As was scheduled to run on the Friday but now take his chance in the feature race (2:25pm).

He was running well at the track last time when unseating four out, and though this looks a tough race he’s in good form and should have an each-way chance. It’s going to be tough for everyone on the ground but hopefully he handles it.

Winning on this ground and loving it are two different things but hopefully he’ll go well.

Siruh De Lac is a worthy favourite and the Nick Williams yard is in good form, so you’d expect him to be ready to go on his reappearance.

Slate House has form on the ground and deserves to be towards the head of the betting, while Us And Them of Joseph’s [O’Brien] is interesting. He was a good novice chaser last year and his trainer is cleaning up everywhere he goes. 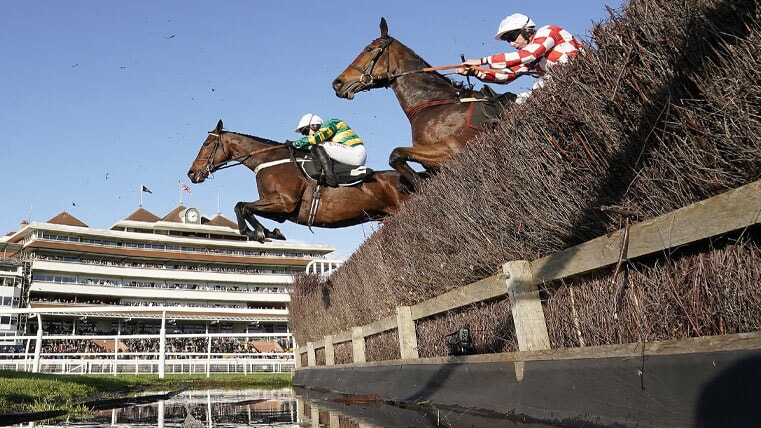 It will be interesting to see how the ground turns up on the Sunday, as depending on what rain fails, Cheltenham can dry out so quickly.

First up is Defi Du Seuil in the Shloer Chase (2:25pm) and he’s the one I’m looking forward to most.

In terms of the ground, he does have form on soft having beaten Lostintranslation in testing conditions at Sandown last year.

He’s a dual Grade 1 winning novice chaser and looks set to progress further this season. Jumping is his forte, particularly for a horse who is not overly big and he’s got a great attitude.

He has options in terms of trip. When he won the Triumph in 2017 he showed plenty of pace but has also won over 2m4f on soft ground. I don’t see coming back to 2m being a problem.

Saint Calvados, with a run under his belt, is a danger as he goes well on soft ground too.

Politologue is an eight-year-old with the proven form in the book at this level. He sets the standard and is probably the one we’ve got to get past.

She missed the last 18 months after picking up a little injury at Cheltenham’s 2018 April meeting.

Given the choice of her or Countister, which isn’t an easy one to make as both mares are in good form, I’ve sided with Dame De Compagnie.

Countister was third the County Hurdle but the 8lb penalty seems a little excessive and I’d rather be on Dame De Compagnie who only carries 10st 09lbs.

She’s had a long time off the track but Nicky [Henderson] seems happy with her.

My final ride of the weekend is Time Flies By in the Standard Open National Hunt Flat Race (4:00pm)..

He didn’t have a tough time so it’s probably not too quick a turnaround for him.

This is a bit more competitive though and there looks to be some nice horses from good yards.

He’s done everything that’s been asked of him so far and this race will shine a bit more light on where he ranks.