One of the highlights of the week was schooling Champ over fences at Warwick on Wednesday.

It was nice to take him away for the day and he schooled really well. It’s important to get them jumping on the track and outside of their usual surroundings.

Fingers crossed his preparations continue to go well and I’d say he’s about three to four weeks off running.

Nicky [Henderson] tends to work back from mid-November onwards, particularly with his top horses, so we’ve still got to wait a little longer until we see some of the big guns.

I’ve got just the two rides at Ffos Las on Welsh Champion Hurdle tomorrow, both for Paul Nicholls.

I’m not taking tons of rides at the moment, just because you’ve got to bring yourself back sensibly after being off through injury for a long time.

My first ride is Dr Sanderson in the 2m5f novices’ chase (3.35pm). Paul’s horses are flying and he tends to do very well with his novice chasers. They almost always seem to improve from hurdles to fences and he should know his job first time up. 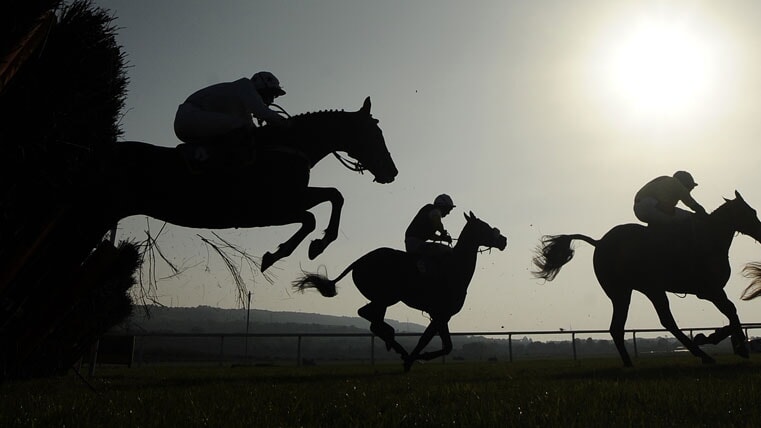 Ffos Las is a lovely course to introduce a horse to fences at too. You get a nice climb in the straight which means you don’t have to commit your horse too early and the fences down the back ride really well. Hopefully it’s the ideal start for Dr Sanderson.

Le Prezien then goes in the Welsh Champion Hurdle (4.15pm). He ran well to finish second in the race last year and should have another good chance despite carrying a bit more weight this time around.

He’s been tried at the very top level and hasn’t quite delivered, but he’s back down in class again and can go very close if reproducing his run from last year.

Some of his best form has come on slightly better ground but the forecast for Saturday looks good so hopefully it won’t be too soft.

He’s done plenty of chasing and wasn’t slick enough over his first four or five hurdles in this race last year, but he was very good in the finish. Hopefully he’ll take to the hurdles a little bit earlier this year.

Over at Ascot, I think it’s been a very wise move to switch three of the races to the inner hurdles course.

Ascot’s a brilliant track, I absolutely love it, and though it means the ground might be a bit chewed up for when we come to ride on it, it’s the right decision.

It could have been the difference between great horses like Stradivarius running and not running, so I’m pleased they’ve managed to use the track.

In terms of how it rides differently from the Flat track, it’s a little bit sharper but I don’t think it’s going to make a huge difference. It’s still going to be a huge test of stamina given conditions.

The Premier League returns after the International break. We have insights on all the fixtures.
Read more

Despite the gulf between them in the table, this fixture takes on a life of its own. Read here about the backstory.
Read more