It’s always nice to ride Cheltenham winners, so it was great to have two at the International meeting last week.

Chantry House was good and it was a nice introduction to hurdles for him.

He will have learned a lot from that and will improve plenty for it, and he’s certainly a horse with an exciting future.

He’s a point-to-point winner, so he’s not going to have a problem getting further, but he showed enough speed and class to win over 2m as well.

Dame De Compagnie also won well, which I suppose she was entitled to do so on the back of her run in the Greatwood.

Given she’d had such a long time off the track you couldn’t be happier with her and hopefully she can build on that again.

I was then at Exeter on Thursday where racing was abandoned after three races.

There was a very heavy patch of ground on the turn-in for home, which is where Richard Johnson’s horse, Lossiemouth, stumbled in the novices’ hurdle and the stewards had to make a call.

Most of the track was okay, but the patch of the ground on the turn-in certainly wasn’t safe and you can’t argue against the decision to abandon racing.

You’d have to be concerned with the amount of rain Ascot’s had and the fact there’s still some more in the forecast.

Most of the course takes the rain well but I’d imagine there will be a lot running off into Swinley Bottom and that can cause a big problem.

Jerrysback in the Silver Cup (3.00pm) would be my first runner on Saturday if racing goes ahead.

He’s a horse we’ve always liked but he was very disappointing on his seasonal reappearance at Newbury. 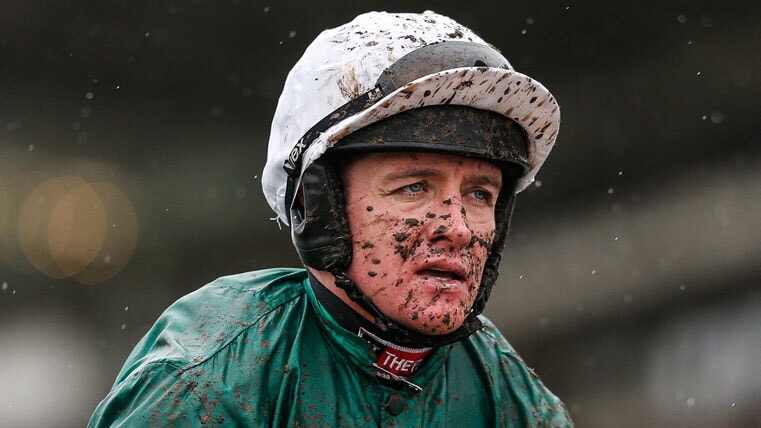 He has some decent form in the book, including solid efforts at Grade 2 level, so you’d hope he would go close if recapturing that.

Overall, we’re hoping for a much better show than at Newbury.

Kildisart of Ben Pauling’s could be a danger. Ben’s horses are coming back into form and he’d definitely have a chance.

The same can be said for Venetia Williams, whose runners always have to be feared on heavy ground.

Countister will be my other ride on the day in the Grade 3 Handicap Hurdle (3.35pm).

She ran well in the County Hurdle at Cheltenham on soft ground, but I don’t know whether she’ll cope with heavy ground.

At the weights and taking previous form into account she’d have a chance, and though we don’t know how well she’ll handle conditions, they’ve all got to run in it.

It’s no tip but Paisley Park has to be the surest winner on the card in the Long Walk Hurdle (2.25pm).

Unless Willie Mullins has something up his sleeve I can’t see anything beating him in the stayers’ hurdle division this season.

Having a tight jockeys’ title race is great for racing, and it’s also nice to see a northern jockey getting competitive.

Brian Hughes is a very good rider and it will be interesting to see which way it goes.