Barry Geraghty: Popped a few fences with Footpad and he feels great

Racing has to break

My lightest weight on Boxing Day is 11st, so I can have a nice meal on Christmas Day but it's not like I can eat all the turkey!

I'll have a good run on Christmas morning and that will help me keep in good shape for Kempton.

We've not had any action since Saturday (21st December) and I'm looking forward to racing again.

Not having a break from racing would be fine for punters and it's actually okay for the jockeys too, but it's the stable staff we have to think about - it's their Christmas too.

There's racing all year round and horses have to be looked after for 365 days of the year as well, but it seems that some people who don't work with horses can't appreciate that.

Adding in more fixtures on top of the daily work that stable staff already have is wrong and we simply do not need extra racing at this time of year.

A little bit of a quiet spell gets the blood up for a cracking day of racing on Boxing Day too!

Kempton on Boxing Day is a brilliant meeting and the card this year looks a cracker.

I kick things off with Fred in the novices hurdle (12:50pm), having picked up the ride with Daryl Jacob sidelined through injury.

He finished third behind impressive Ascot winner Master Debonair at Cheltenham on his UK debut in October, but didn't quite manage to back that up at Ascot last time out.

If he comes back to something more like his first run then we'd have a good chance.

I've then got Epatante in the Christmas Hurdle (2:30pm).

She was very good at Newbury the last day, and though that was only a handicap she was impressive. 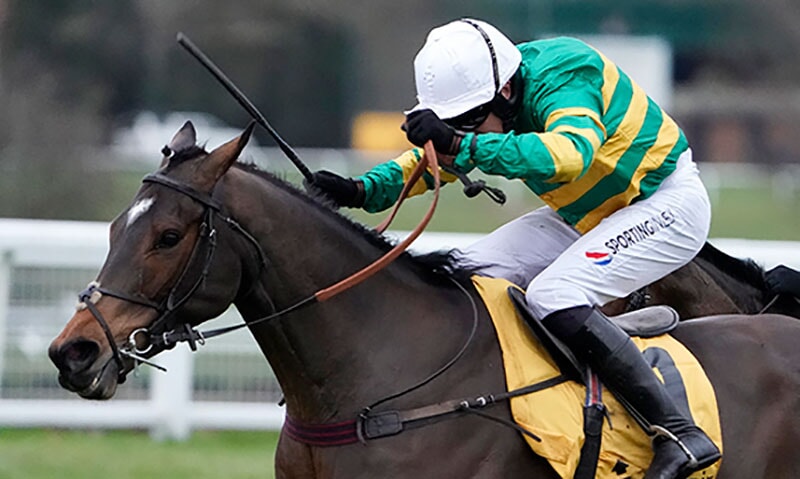 She's a lovely filly who is definitely progressive but she has to improve again, and based on her homework there's nothing to suggest she can't take that next step.

Last year's winner Verdana Blue looks to have a big chance and then there's Fussil Raffles who looked a very nice juvenile and won the Elite Hurdle at Wincanton on his reappearance.

It's a very strong race and I'd imagine that Nicky [Henderson] will be hoping to bring this one home.

The King George is one of those classic races of the season that you want to win, it's up there with having winners at Cheltenham, and I'm delighted to be riding Footpad.

I`ve sat on him, we've popped a few fences and he feels in great form. Jumping is generally one of his strong points and he schooled really well.

He looks an absolute picture, Willie [Mullins] and his team all seem really happy with him and he obviously won nicely on his reappearance at Thurles last month.

There's still an element of taking him on trust having been below par last season but the signs are good.

If he's to recapture the level of ability he showed as a novice then he has to be a big player.

You've then got the likes of Cyrname, Clan Des Obeaux and Lostintranslation, not to mention Thistlecrack who is a great horse in his own right.

Lostintransation is a horse I hold in the highest regard and he could be the biggest threat.

It looks like one of the best King Georges we've had in recent times.

My final ride on the day is Laskadine in the closing handicap hurdle (3:40pm).

She won nicely at Warwick last season and then disappointed at Haydock.

This is her first run back since then so it's hard to know exactly where we are with her but fingers crossed she can make a promising return.