Barry Geraghty: Epatante ticks all the boxes for the Champion Hurdle

It was a great start to the day at Kempton with Fred winning the novices' hurdle.

I'd say the step back in trip and return to a flatter track really helped him. The last thing Nicky [Henderson] said when he legged me up was "I think he'll love the track".

He's a lovely raw type with plenty of speed and he should continue to improve.

Epatante was very impressive in the Christmas Hurdle.

She settled well, much better than at Cheltenham last season, showed great pace, jumped really well and won with plenty up her sleeve in the end.

Nicky asked me, "What do we do now?", so I told him, win the Champion Hurdle!

She's gone favourite for the race and it's hard to argue against that based on what she showed. She's got plenty of speed, jumps economically and I think she ticks all the boxes that a Champion Hurdle candidate needs to.

She's only five and is still open to improvement which makes her even more exciting, and she's in the right hands as I don't think there's anyone better at training a filly than Nicky.

Footpad travelled well, and if anything a bit too well. I was having to restrain him a little bit which is what you don't want to be doing in a King George.

He's used to racing at a higher tempo and jumping at speed, so I'd say he needs to race at a faster pace to see him at his best. He could possibly come back in trip now. 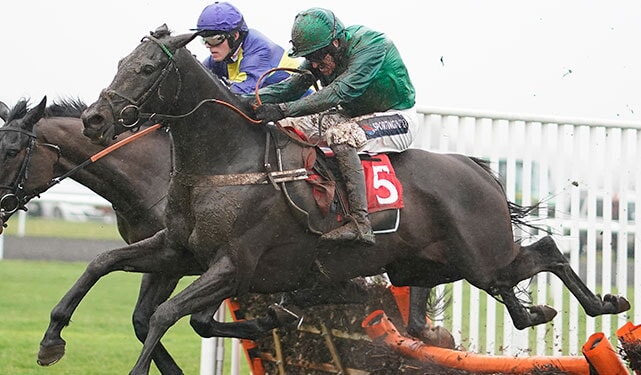 I've got a few nice rides at Leopardstown on Saturday, including Unowhatimeanharry and Anibale Fly.

Unowhatimeanharry goes in the 3m Christmas Hurdle (2:00pm) and hopefully a return to Ireland will spark him to life again.

On his last run he has a bit to find but he has some very good form and he's still loving it.

With the likes of Apples Jade and Bacardys in there it's going to be a competitive race but we've got a good chance if he produces some of his best form.

I'm also looking forward to getting back on Anibale Fly in the Savills Chase (3:10pm), which looks like another hot contest.

He was well beaten at Punchestown last time, having run well for a long way but then fading out quickly. He should improve a lot for that run and he's got some rock solid form in the book.

The likes of Kemboy and Presenting Percy set the standard but there's no doubting Anibale Fly, who has been second and third in his last two Gold Cups, has the ability at this level.