Barry Geraghty: Buveur D’Air’s injury was horrible but I’m sure he’ll be back in the autumn

There’s no doubt that being a jockey is a very up and down living. For all the buzz you get from a winner, it can be taken away from you in a single fall.

The injury to Buveur D’Air tops the list as my low of the season.

Not because he simply got beat, but much more so for the horse and what it meant for the rest of the campaign.

It was a horrible injury and something that myself, the Boss (JP), Nicky [Henderson] or Frank Berry had never seen before.

He smashed through the second last hurdle and ended up with some nasty splints going into the front of his hoof. Some of them were removed by the on-course vets but they couldn’t get all of them out and he had to undergo surgery.

He was my number one horse to follow when the season kicked off and then a month or so later we didn’t know whether he’d race again.

Given everything he’d already achieved as well, you hate to see an injury like that happen.

Thankfully he’s done very well and I’m sure he’ll be back in the autumn.

If I hadn’t been having such a good week at Cheltenham it would have been a bigger low to take, but everything else was going so well I could hardly complain.

Myself and the Boss were having a great few days and I would have loved to have ridden a Champion Chase winner for him. I was disappointed for Philip [Hobbs] - he’s a top class fella and a brilliant trainer to ride for.

I’ve really enjoyed working with him in recent years and I would have loved to have provided him with a big Festival winner.

Defi Du Seuil is a horse I’ve always had a soft spot for since he came along as a juvenile hurdler and if he had run to form you’d like to think he would have taken a lot of beating.

It was a real pity that he didn’t turn up on the day, but hats off to Politologue who put in a great performance.

I’m sure next season that Defi will silence any doubters he’s now got. 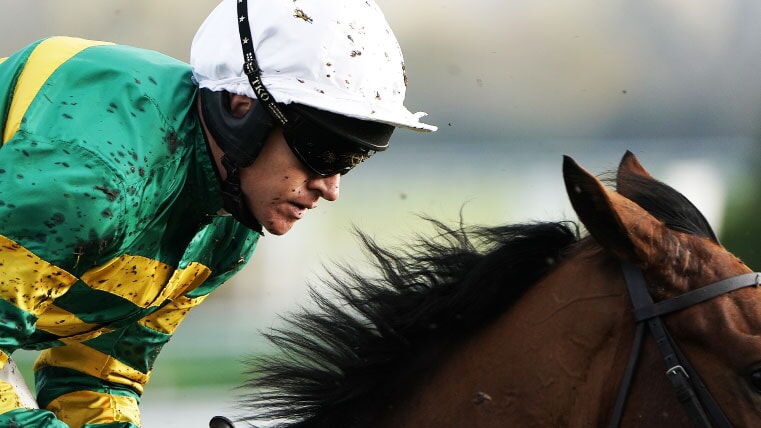 Champ down in Dipper

Champ jumped reasonably well for most of the way in the Dipper but when we turned in he was more interested in the thousands of people in the stands than the fence that was ahead of him.

He obviously fell at the second last and I was very disappointed on the day. It’s tough to take when you come close to winning a big race at Cheltenham, but thankfully there were bigger days ahead.

Coming out of it, you only had to look back to Moscow Flyer coming off the back of a fall to win the Arkle to realise it was still all to play for.

He just needed some good schooling and maybe another race, but it turned out too soft at Kelso and he was working well enough at home that everyone was happy to go straight to the Festival.

The rest is history and he ended up providing me with one of my favourite moments in the saddle.