I’m at Sandown on Saturday to ride Champagne Platinum in the Scilly Isles Novices’ Chase (2:25pm). Over at Leopardstown on Sunday, I’ve got a busy day with five rides, starting with Rebel Og in the opening mares’ handicap hurdle (12:55pm) for Willie Mullins. A Wave Of The Sea is my second ride of the day in the Grade 1 Juvenile Hurdle (1:25pm). I’ve then got Gardens Of Babylon in the valuable 3m handicap hurdle (2:30pm). I’m back on Anibale Fly in the Irish Gold Cup (3:30pm). Fitzhenry in the 2m5f handicap chase (4:00pm) is probably the ride I’m most looking forward to this weekend.

He was a little bit keen and I was trying to conserve enough of his energy to get home. In the end we just got up and it was a good performance.

That was a Pertemps qualifier so you’d imagine he’ll go down that route at the Festival. 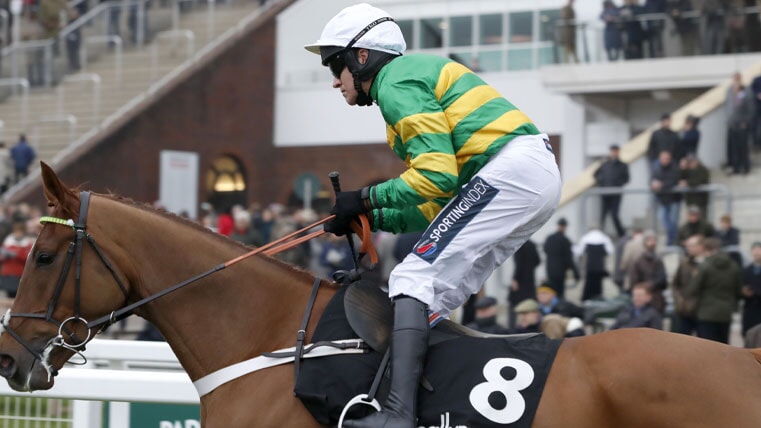 There are plenty of Festival clues on offer this weekend with a good card at Sandown and eight Group 1s over in Ireland.

I’m at Sandown on Saturday to ride Champagne Platinum in the Scilly Isles Novices’ Chase (2:25pm).

He jumped a little better last time at Newbury than on his debut at Cheltenham where he was very careful over his fences.

He hasn’t lived up to expectations yet but he schooled well at home recently and can hopefully build on that previous effort and run a good race here.

Laurina is the classiest in the field but was disappointing when pulled up last time out, and there are a number of horses who could win.

Over in Ireland, I will be paying close attention to the Dublin Chase, where Chacun Pour Soi, who beat Defi Du Seuil at Punchestown last season, runs.

He’s been talked about like he’s the ‘next coming’ so a big performance from him could shake up the Champion Chase betting again.

Over at Leopardstown on Sunday, I’ve got a busy day with five rides, starting with Rebel Og in the opening mares’ handicap hurdle (12:55pm) for Willie Mullins.

Willie’s horses are in great form at the moment, having looked like they were desperately in need of a first run earlier on this season.

I’ve not ridden Rebel Og before but she gave a good account of herself finishing second at Thurles the last day and will hopefully be in the mix again.

A Wave Of The Sea is my second ride of the day in the Grade 1 Juvenile Hurdle (1:25pm).

Even though he’ll come up against Aspire Tower and Cerberus again, the form of those two previous races looks very strong and stands him in good stead for this.

Aspire Tower looks like he could be right at the top of the pecking order in the juvenile division and he will take all the beating if he reproduces his last run.

I’ve then got Gardens Of Babylon in the valuable 3m handicap hurdle (2:30pm).

For a five-year-old he’s been around the block a fair bit but this will be his first run over the trip.

He was a good second two starts back at Naas when I rode him last and the step up in trip is very interesting. 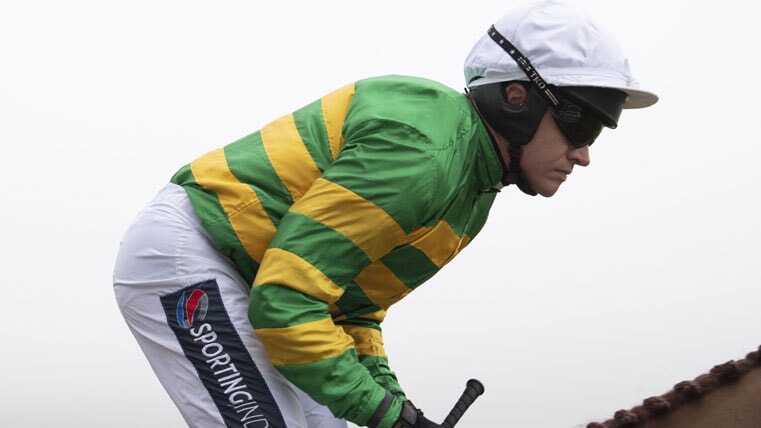 He’s shaped like he’ll appreciate the extra distance so I’m looking forward to getting on him.

I’ve no ride in the Grade 1 Flogas Novices’ Chase but it will be interesting to see how Faugheen and Battleoverdoyen get on.

For me, Battleoverdoyen looks like he could be a really special horse and is probably the one to beat, but obviously Faugheen is also very good on his day so it’s an exciting race.

The Savills Chase was a slowly run race which wouldn’t have suited, but we still finished a fair way back.

I think Kemboy will improve a lot for his last run, and both him and Presenting Percy will be suited by a stronger pace that will possibly be set by La Bague Au Roi.

We’ve got plenty to find on current ratings but he has got some solid form from last season and if he runs well here he’s back in the Gold Cup picture.

If he doesn’t, then I suppose it’s onto the National, but it’s hard to know which way we’ll go before seeing how he gets on in this.

Fitzhenry in the 2m5f handicap chase (4:00pm) is probably the ride I’m most looking forward to this weekend.

Even though he’s coming back in trip, which probably isn’t ideal for a big, staying type like him, he arrives here in great form after just missing out to Roaring Bull in a dramatic finish last time.

His form is absolutely rock solid, while he has won over 2m4f, albeit in lesser company, and I wouldn’t be swapping him for anything else.

It’s the big one in the NFL as Kansas City Chiefs and San Francisco 49ers battle it out for Super Bowl LIV.
Read more