Barry Geraghty: Time to step out of the saddle

Time to step out of the saddle

I'm 41 in September and you can't go on forever. I've missed 18 months of the last five years through injury, having broken both legs, both arms, my ribs, shoulder blade and a few other small fractures in between.

The eight broken ribs and punctured lung in 2017 ruled me out of Cheltenham, and then the broken arm at Fairyhouse in April only 11 days after returning from the broken ribs were both tough injuries with bad timing.

My last injury, the leg break on the eve of the 2019 Grand National at Aintree, was a real test and hard to take, it made me appreciate the importance of getting back into a scenario where I could go out on my own terms rather than being stretchered off.

It's not easy to come back from those injuries but I knew that if I could I had a chance of going out on my own terms, so I discussed it with my wife, Paula, and put that plan in my head early last season.

I knew going into Cheltenham that it was going to be my last one, and that's probably why I showed more emotion at the meeting than I had done in donkey's years. I needed to get a winner badly and Epatante gave me the dream start in the Champion Hurdle.

Then to go on and ride winners for the boss on Dame De Compagnie, Champ, Sire Du Berlais, and being able to make my last ever ride at a Cheltenham Festival a winning one, with Saint Roi in the County Hurdle, I couldn't have asked to sign off on a better note. We considered calling it a day then, but I would have been sick to be on the sidelines if Aintree, Fairyhouse or Punchestown went ahead.

As things have worked out, we've ended up with another three or four months to think things through and that's helped me to confirm the decision that I want to call time on my career as a jockey.

I've been able to take stock of everything, relax, enjoy the time off with Paula and our kids Síofra, Órla and Rían, and it's given me a taste of what might lie ahead. Not having to be stuck on the roads, in and out of airports and just living life at a steadier pace has been nice.

I'd be lying if I said I haven't had some second thoughts, though, particularly after such a great Cheltenham, but I'm settled on it now and pleased with what I'm doing.

I'm going to miss the buzz for sure. You can't replace the thrill of riding horses like Epatante and Defi Du Seuil, but that's just part of life and I'm going to have to enjoy watching them from the stands.

JP [McManus] is obviously one person that I had to speak to about it, but I've only been able to do that over the phone. It was never going to be a difficult conversation as I knew JP, Noreen and all of their family would be happy for me and that they would have my best interests at heart. They have all supported me so well since taking the job.

He knows as well as anyone how important it is to be able to go out in one piece. It's been great riding for him and the quality of horses he has is outstanding. It was brilliant to ride five winners for him at this year's Cheltenham Festival and try and repay him for all that he puts into our sport.

He has a great understanding of the game and could just give you a tiny nugget of information or an opinion that would help you win you a race. One example was with More Of That in the World Hurdle, when he suggested that I follow Annie Power through the race wherever she sits and he got it spot on. That was the case a lot of times on a number of different horses over the years.

I've always kept a good few young horses here at home and I'll keep busy working with those. I've done a lot of media work over the years which I enjoy and I've had a great relationship with Sporting Index. I'm going to be able to spend a lot more time with the family, and I'm already looking forward to Christmas Dinner!

I've pretty much been a part-time dad for the last 12 years, where I've had to commute to and from England 7-8 months of the year, so it will be great to be at home more often, spending more time with Paula and the kids. It will be a big change but I'm at that time in my life where it feels like the right call to make.

I still very much want to be involved in racing and, although the buzz of race riding is irreplaceable, I'll need to try and get some fulfilment by working with horses, whether it be here at home or riding out at yards, so I'll definitely be doing a bit of that.

Thanks to those that have backed me

There have been many people that have helped me to get to where I am. For anyone to achieve anything, they need good backing.

From a very young age my parents had me on a pony and there wasn't a Hunt, Show or Hunter Trial on that we weren't at. We had great times and it's where I learned and developed so much along with the rest of my family.

I had a brilliant start with Noel Meade and a great education. He instilled great confidence in me right from the start, so I am very thankful for that.

I then started riding for Jessie [Harrington] when I was about 17 and she was the same. To get on a horse like Moscow Flyer when I was just 20 years old and be taken right to the very top was a huge break.

Jessie and Moscow made my career and I owe them so much. They put me in the shop window and I rode so many other great winners for her, she has always been a great supporter of mine.

I also rode a lot of winners for Edward O'Grady and Tom Taaffe in the early days, so I owe them a lot of thanks too. And then obviously JP and Nicky [Henderson] have been massive supporters for a long time.

I had my first ride for Nicky 20 years ago on Geos at Leopardstown as a 3lb claimer. The job as Stable Jockey at Seven Barrows came along at a time in my career when I was running out of superstars and Nicky gave me the injection of quality that I so desperately needed. We had some amazing years together with superstars like Sprinter Sacre, Bobs Worth, Finians Rainbow, Simonsig and many more. It's been a great link-up and has always been a nice base for me when I was riding in England.

Those are the people that have always backed me, supported me and believed in me. They gave me the confidence to be able to take a punt in the middle of a race which is what you need to do when winning comes down to such fine margins. 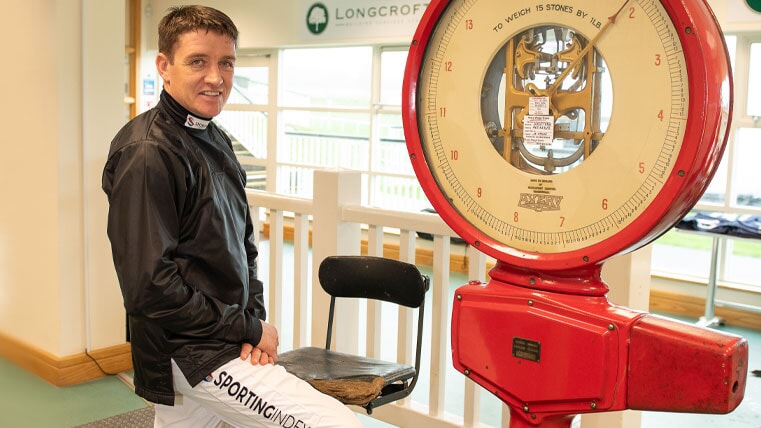 Looking back on the greatest horses I've ever ridden and I'm still stuck in a dead-heat between Moscow and Sprinter [Sacre] - they're two of the best two-mile chasers of all time.

I've been very fortunate to ride a good few winners of the Champion Chase, Arkle and Tingle Creek, it is those races that I will miss the most, I just love them!

Big Zeb, Finian's Rainbow, Moscow, Sprinter - I've had so many good ones and I love the speed and buzz of a two-mile chase.

The one horse that maybe got away from adding to that list is Defi Du Seuil. He's a horse that I have always loved and it would have been great to have won the Champion Chase on him for the boss and Philip Hobbs.

Calling time on my career wouldn't have been easy if I didn't have that win aboard Monty's Pass on my CV.

Wherever you go in the world, if somebody asks you what you do for a living, the next question they often ask is: `Have you ridden in the Grand National?'

It's an amazing race and to win it was a feeling like nothing else.

Having missed out on the first five months of the season with a broken leg, I was always going to struggle...
Read more

I was really looking forward to Anibale Fly this year, particularly after he ran well in his prep run...
Read more

Missing out on the Festival Top Jockey crown doesn't take any shine off what's been an unforgettable week...
Read more