Things have been going well recently. Canada was great, I had three nice winners for Charlie [Appleby] over there.

Paris was great too, with two Group 1s and another big race for Saeed [bin Suroor]. Obviously not everything always goes to plan, though, and it was unfortunate Stradivarius was second, and I was beaten a nose in the Opera.

My ride in the Arc, Love, was withdrawn, so it was only the second Arc I had missed in 33 years, which is pretty good going!

Now it's all systems go for Champions Day at Ascot. We are near the end of the season, it's mid-October and there's always rain around.

I spoke to Chris Stickels, the clerk of the course, and he said even if it is dry during the day the heavy dew gets into the ground and it takes a long time to dry.

I would have thought it would ride good-to-soft in the straight and soft down the back, but I'd say it's probably the best conditions we have had for a long time on Champions Day. 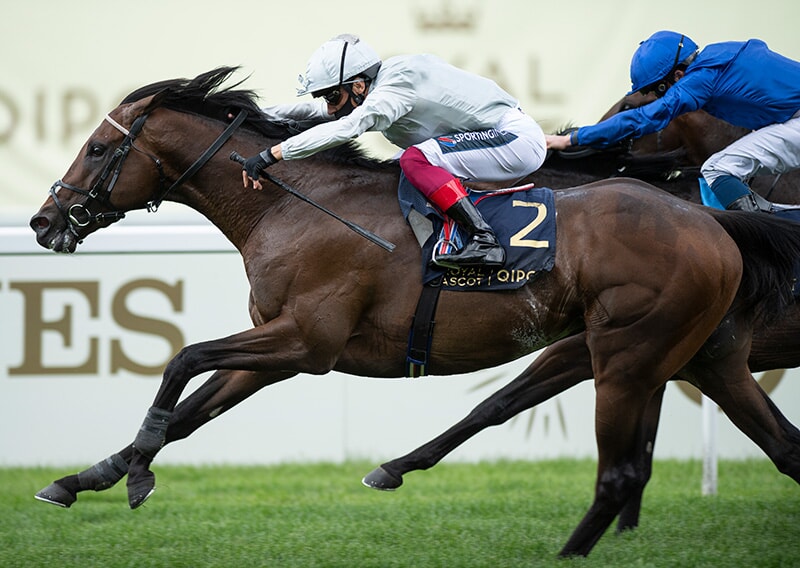 
Of course, we were disappointed to come second in Paris, but he still ran a good race. Stradivarius takes his racing well and seems ready for a rematch with Trueshan.

I have plenty of respect for Trueshan, who is a very good horse under extreme conditions, but I think now that the ground is going to be better at Ascot that will help bridge the gap and make things more of a level playing field.


I remember winning this race back in the day as an 18-year-old on Chummy's Favourite for Neville Callaghan. He was 40/1 that day and it was one of my first Group winners. Then on Diffident, who was the second winner in my magnificent seven in 1996.

I ride Kinross here, who drops back to a sprint trip. We've been campaigning him over seven furlongs to a mile, but I think the stiff six at Ascot will be up his street. The softer the ground the better for him, so maybe with conditions drying out that's against him.

There are others in the race that have better profiles, but I'm just hoping we get a cleaner run than last time in the Prix de la Foret and, if so, he could get placed.


Mark Of Distinction, who I won this race on in 1990 was the first Group 1 winner of my career, so he was my favourite winner of this race. I would say Dubai Millennium was the best of my five QEII winners, though.

I love Palace Pier, he's done absolutely nothing wrong his whole career. The only race he has been beaten in is this one last year, when he lost a shoe and I got squeezed out at the start. He was so far back, and with everything that went wrong that day it was a massive run to come home third.

I have almighty respect for Baaeed, but Palace Pier has beaten everything that he has faced. He's a champion and probably one of the best milers I have ever ridden so I have confidence he will put in a huge performance.


We always thought a bit of him as a three-year-old. He had 18 months off but has come back and I¿ve won on him at Chelmsford and then at Ascot. He's got loads of potential and who knows how far he could go?

The thing with the Balmoral is that there are 20 runners, and a low draw can be key. At this time of year, the best part of the track tends to be the far side, so if you are drawn high, as I was with Lord North in this race a few years ago, it can be a big disadvantage. Unfortunately, we're in stall 21 and we'll need plenty of luck from there.