Enable back to her old self

I’m coming into Goodwood smiling after a brilliant time with Enable last Saturday.

Japan may not have run his race, but it was clear from the way she travelled that she’s back to her old self and we’re delighted.

Three Arcs was always the plan but to pick up a record third King George along the way isn’t bad either!

The dream is still alive and we know the path we have to take, which will include something at York where we may run into Love.

Two months is a long time in racing, but fingers crossed we stay on track and she gets there in as best shape as possible.

Goodwood is a very special place for me.

It’s where I rode my first ever winner in the UK and it’s also been 30 years since I had first Glorious Goodwood winner.

It’s undoubtedly the most picturesque racecourse we have, but it’s also one of the most challenging.

After Epsom, it would be the second hardest track to ride, with all the undulations, the turns and, at this week’s meeting, plenty of big, competitive fields.

This year I’ve been pretty selective with my rides, with some good chances in the Group races but maybe not so many in the handicaps or maidens. 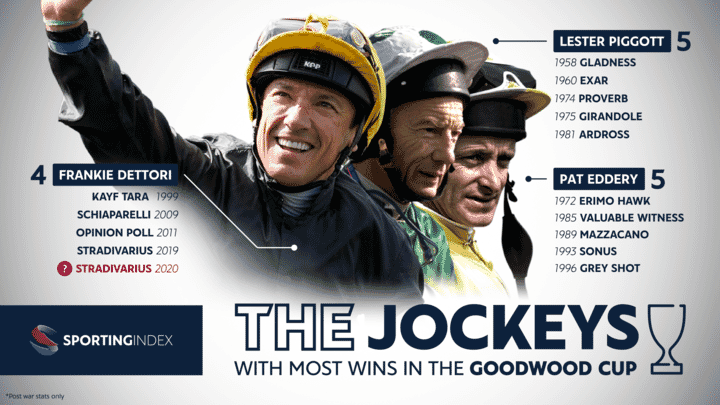 My big ride of the day is of course Stradivarius in the Goodwood Cup (3:15pm).

I’ve seen him every morning since his win at Ascot and he’s in great form.

We’ve beaten most of the field, so we’re confident in that sense, but we have to take on the Irish Derby winner, Santiago.

Not only is he a new challenger with plenty of ability, he gets a massive 15lbs swing in the weights.

We know how good Strad can be on his day, though - he wears his heart on his sleeve, loves a scrap and he’s run some of his best races at Goodwood.

I’d say he’s got a very solid chance but handicaps at Ascot are always super competitive.

He handles the track and we couldn’t be in a better place to give it a go, but you have to respect Santiago.

If we win, then we go one better than Double Trigger’s three Goodwood Cups and it would be my fifth, putting me joint with Pat Eddery and Lester Piggott.

There is a serious challenge waiting ahead of us, though, and we’ll be spending no time thinking about those sorts of things.

My focus is fully on giving Strad the best of chance of winning, then we’ll have to see if the weight is too much to stop him or not. 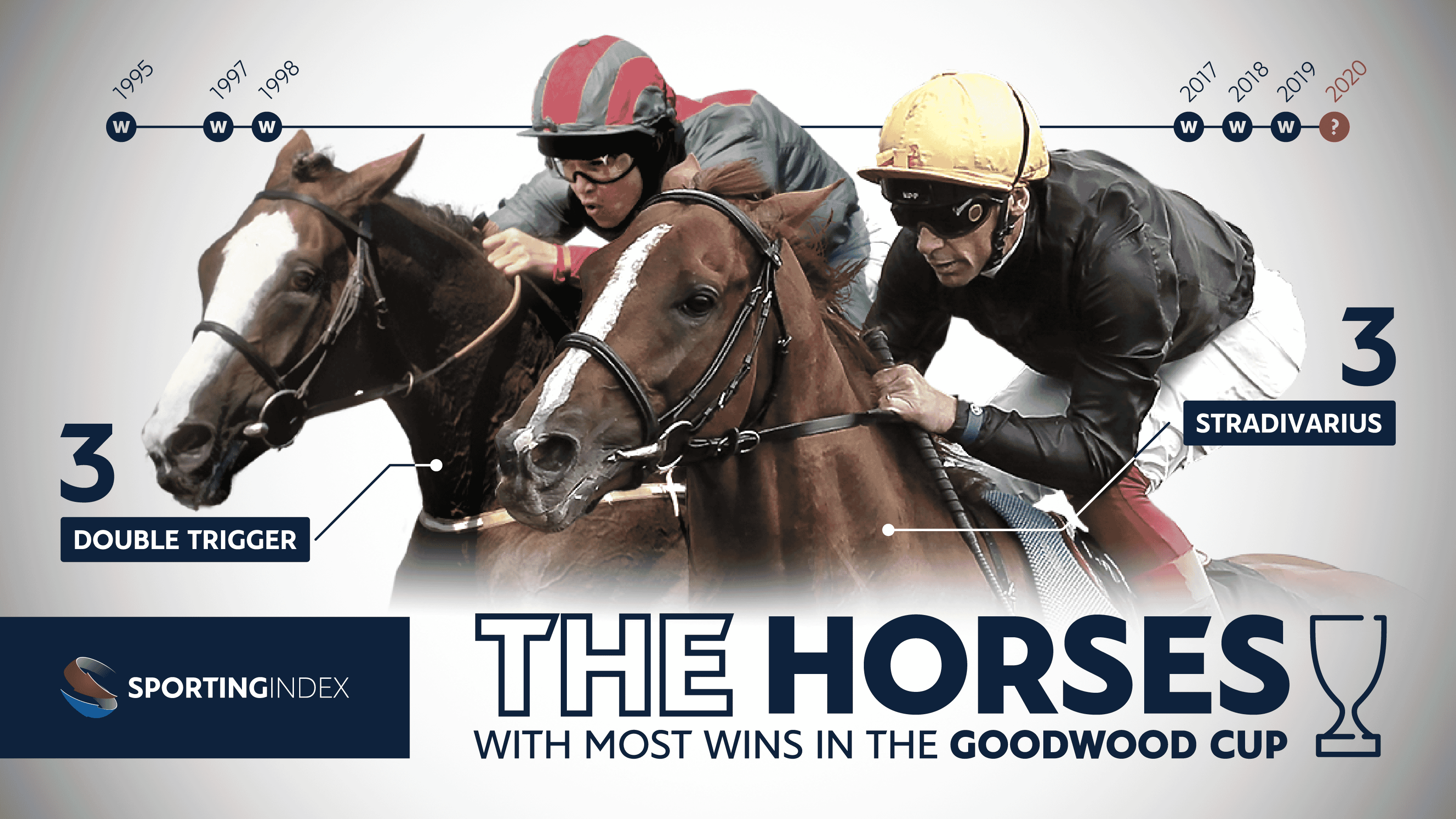 I’m looking having another chance on King Zain because things didn’t really go to plan last time at the July meeting.

We were stuck in a bit of pocket for much of the race which wasn’t ideal for a big horse like him, so I’m hopeful we can do better.

He’s a nice horse with a big stride, but it’s a tough race and, as is often the case with Goodwood, you need a bit of luck.

Then I ride D’bai, which will be my first ever ride for Charlie [Appleby] who I’ve known for so many years but we’ve never teamed up.

I’m really looking forward to it and I think we’ll have a good giggle.

The race looks very competitive and you could make cases for most of them, but we come into the race off the back of a win last time out and Charlie’s horses are in good form, so fingers crossed.