I’m hoping Thursday could be redemption day for English King in the Gordon Stakes (2:45pm).

Everything went wrong for us in the Derby and he still ran on well to finish fifth.

We were fifth in a blanket finish for the places and I told Bjorn Nielsen after the race that I felt we would have finished second with a fair run.

You can’t forget the performance he put in at Lingfield and based on that I don’t think a track like Goodwood will be a problem either.

Mogul and Khalifa Sat line up again so it looks a good field, but I’ve got high hopes of him redeeming himself. 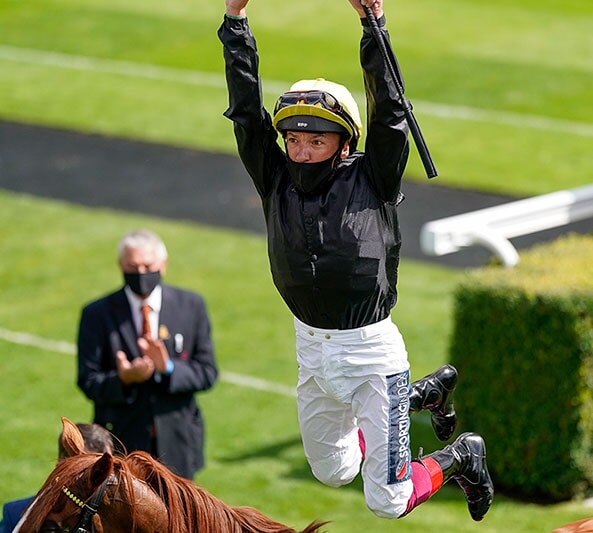 Magic Wand looks a great ride to pick up in the Nassau Stakes (3:15pm).

I’ve ridden in so many races that she’s run in but never been on her myself.

Ryan [Moore] would have had first pick and he’s gone for the French Oaks winner, Fancy Blue, but I think we’ve got a fighting chance.

She’s an absolutely super mare who runs consistently well at the top level and you can’t ask for much more than a mare like her.

She’s rock-solid, honest and uncomplicated, so overall it looks like a great ride to have.

He’s up in trip to 1m2f and stepping into handicap company for the first time off a mark of 99.

I’m not sure whether it was the ground, as it got quite soft, but he was a bit disappointing at Newmarket last time but I think we can expect better today.

I’ve always thought he’s a nice horse of Lady Bamford’s with plenty of potential so hopefully he can bounce back and get my day off to a flyer.