Can You Remember These 10 Famous FA Cup Semi-Final Goals?

Fans should be gathering at Wembley to watch some exciting FA Cup semi-final action this coming weekend. Instead they will be twiddling their thumbs at home, watching reruns and reliving former glories in the absence of any current action. With that in mind, we have compiled a list of the 10 most famous FA Cup semi-final goals in recent history:

This iconic semi-final was delicately poised at 1-1 when Dennis Bergkamp stepped up to take a last-minute penalty. Peter Schmeichel guessed the right way, produced a fine save and sent the game into extra-time. In the 110th minute, a wayward pass from Patrick Vieira presented the ball to Ryan Giggs 15 yards inside his own half.

The Welsh wizard embarked on a mazy run, weaved his way through four Arsenal players, dodging flailing limbs with remarkable poise, and then smashed the ball past David Seaman and into the roof of the net. He pulled off his shirt, revealing a werewolf torso and charged about the place in jubilation. Man Utd went on to win the treble. For years their fans gleefully reminded Vieira that his Arsenal side won sweet FA.

The noisy neighbours established themselves as a force to be reckoned with by beating Man Utd 1-0 in the FA Cup semi-finals back in 2011. The Red Devils were cruising to the title, but City were ambitious after embarking on a huge summer spending spree. It proved to be a tight contest, but Yaya Toure demonstrated great power and poise to settle it with a second-half strike. The Ivorian stuck out a long leg to intercept Michael Carrick’s pass, charged into the box and slotted past Edwin van der Sar, sending City fans into delirium. They went on to beat Stoke in the final, kick-starting a trophy-laden decade for the club.

Captain fantastic Tony Adams scored the decisive goal in a ferociously competitive North London derby in 1999. The famous Arsenal defence had to repel wave after wave of Spurs attacks throughout the game, and Adams then delivered a towering header to put the Gunners 1-0 up in the 79th minute. Lee Dixon was sent off six minutes later, teeing up a frenetic finale. The ref allowed seven minutes of injury time, but Arsenal scraped through by the skin of their teeth. They went on to beat Sheffield Wednesday in both the FA Cup final and the league cup final that year.

Drogba’s greatest ever goal came against Spurs in the 2012 semi-finals. He collected a long ball with his back to goal, turned and rolled past a despairing William Gallas and blazed an unstoppable strike past former Blues goalkeeper Carlo Cudicini. That set Chelsea on their way to a stunning 5-1 victory, with Juan Mata, Ramires, Frank Lampard and Florent Malouda also on target. Chelsea then beat Liverpool 2-1 in the final, courtesy of goals from Ramires and Drogba. 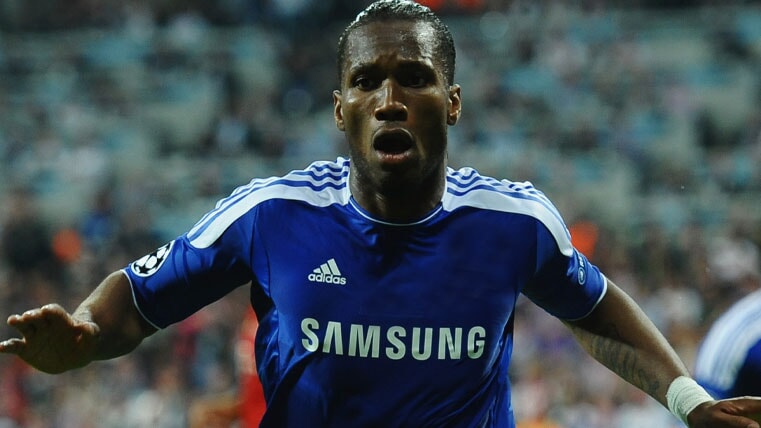 Can You Name The FA Cup Semi-Finalists & Finalists Since 1980?

Test your knowledge with the below quiz

A thunderous free-kick from Paul Gascoigne lit up Wembley in the 1991 semi-finals. He was more than 30 yards out, but he leathered the ball past England teammate Seaman. It was a remarkable strike, but it is even more impressive when you consider that he had just returned from an 11-week injury layoff. A Gary Lineker brace handed Spurs a 3-1 win and sent them into the final, where they faced Nottingham Forest. Gazza went off with a cruciate ligament injury, but Tottenham won the game 2-1 thanks to a 95th minute own-goal from Des Walker.

Dave Bennett turned in Cyrille Regis’ header to send the Sky Blues into seventh heaven back in 1987. Leeds were the heavy favourites and they took an early lead through David Rennie. Coventry hit back through goals from Micky Gynn and Keith Houchen, only for Keith Edwards to level. Bennett reacted quicker than anyone else when Regis nodded a free-kick towards goal, and Coventry soared into the FA Cup final, where they beat Tottenham 3-2 after extra-time. Bennett also scored their opening goal at Wembley.

Jonathan Walters banged in an absolute screamer as Stoke routed Bolton in the 2011 FA Cup semi-finals. The Potters were already 3-0 up when Walters picked the ball up just inside his own half and charged forward. He capped the fine solo run by cutting back inside and firing into the bottom corner from 30 yards. The Ireland international, who had missed a slew of chances in the first half, was on target again with 10 minutes remaining to wrap up a 5-0 victory. Yet Stoke could not find a way to beat the mighty Man City in the final, as a 75th minute Toure strike handed Roberto Mancini’s men a 1-0 victory.

Hull City and Sheffield United played out one of the greatest FA Cup semi-finals of all time in 2014. The Blades led 2-1 at the interval, but substitute Matt Fryatt swept in to draw Hull level four minutes after the break. Tom Huddleston then picked up the ball in the middle of the park and his deft footwork left two hapless opponents totally bamboozled. The big man then played a neat one-two with David Meyler, rounded the last defender and fired the ball past Mark Howard. Stephen Quinn headed home to make it 4-2, but a late strike from Sheff Utd’s Jamie Murphy teed up a tense finish, only for Meyler to make it 5-3 with a composed injury time finish. Huddlestone was the man of the match, making his £5 million summer price tag look like a real bargain. Hull went 2-0 up against Arsenal in the final, but ended up losing 3-2 due to strikes from Santi Cazorla, Laurent Koscielny and Aaron Ramsey.

Crystal Palace were the huge underdogs when they faced Liverpool in the FA Cup semi-finals back in 1990. It finished 9-0 to the Reds when the teams met in the league that season, and Liverpool would go on to win the title that year. Ian Rush handed them the lead, but goals from Mark Bright and Gary O’Reilly sparked optimism among the Palace fans. Normal order was restored when Steve McMahon and John Barnes put the Reds 3-2 up, but a dramatic late goal from Andy Gray took the game into extra-time. A corner was flicked on at the near post and there was Alan Pardew to head in the winner, causing one of the greatest upsets in FA Cup semi-final history. The Eagles faced Man Utd in the final and an Ian Wright brace earned them a 3-3 draw, but the Red Devils won the replay 1-0.

Spanish magician Gerard Deulofeu reached deep into his bag of tricks to turn the 2019 semi-final between Watford and Wolves on its head. The Hornets were trailing 2-0 and staring down the barrel of elimination when they threw Deulofeu on in the second half. He then proceeded to channel his inner Lionel Messi by curling into the top corner with hardly any backlift and from a seemingly impossible angle. That sparked hope for Watford. Troy Deeney equalised from the spot, and then Deulofeu was at it again when he rounded the full-back and steered a fine finish past John Ruddy deep into extra-time to hand his team victory.

However, the fairy-tale ended there for Watford, as they were thrashed 6-0 by Man City in the final.