The history books are littered with fascinating tales of huge underdogs that defied the odds and stormed to victory on election night. These are five of the greatest surprises ever witnessed:

Clement Atlee Storms to Victory in 1945

Sir Winston Churchill will go down as a titan of the 20th century after leading Britain to victory over the Nazis during World War II. He became Prime Minister in 1940 and spearheaded a ferocious defence of European liberal democracy against fascism. Churchill was renowned for his quick wit, astute political mind and brilliant oratory when defending exalted human values. He saw off stiff competition from the likes of Charles Darwin, Isambard Kingdom Brunel and William Shakespeare to be named the greatest Briton of all time in a BBC poll.

By 1945, he should have been at the peak of his power. The Nazis had been vanquished, the war was over and Brits could look forward to rebuilding towns and cities that had been ravaged during the blitz. A general election was called that summer, and Churchill sought to use his wartime popularity as part of his campaign to keep the Conservatives in power. However, he ended up suffering one of the most comprehensive defeats ever seen.

The Conservatives suffered a net loss of 189 seats. Labour enjoyed a net gain of 239 and clinched their first every majority in a landslide victory. Labour leader Clement Atlee, a member of Churchill’s coalition government during the war, was seen as a more competent leader during the post-war period. Brits felt that Churchill lacked a clear domestic agenda, and that he was a perfect wartime leader, but not the man to run the country during a time of peace.

The election result sent shockwaves through Britain and altered the country’s political landscape forever. Atlee introduced a comprehensive welfare state, created the NHS and nationalised the Bank of England, railways, heavy industry and mines. Churchill continued to serve as leader of the opposition, and he returned to power in 1951, when he defeated Atlee in a snap general election. He served as Prime Minister again until 1955, when he resigned due to declining health.

Pro wrestler Jesse “The Body” Ventura raised eyebrows when he announced his intention to run for governor of Minnesota in 1998. He was a popular figure, having engaged in high-profile bouts with Hulk Hogan before becoming a prominent WWF commentator, but his candidacy felt like a mere publicity stunt. His campaign centred on grassroots events and high-profile ads that urged Minnesotans not to “vote for politics as usual”.

Most observers expected him to quickly drop out of the race and concede to a more worthy, experienced opponent. He was up against well-known Republican Norm Coleman and Democrat Skip Humphrey in the gubernatorial election, and independent candidates rarely break the duopoly of American politics. His campaign fund was miniscule compared to his opponents, and he was given no chance of success. However, Ventura stunned the world by soaring to victory at the election. He took 37% of the vote, narrowly defeating his rivals.

“We shocked the world!” roared Ventura in his victory speech. Minnesotans began wearing T-shirts and adorning their cars with bumper stickers that read: “My governor can beat up your governor.” Ventura served one term and decided not to run for re-election in 2002, but he may have paved the way for Arnold Schwarzenegger – with whom he co-starred in Predator and The Running Man – to become California governor, and for other novelty candidates to enjoy success at major elections.

Brits Vote to Leave the EU

The EU referendum result caught the world by surprise. Most people expected the UK to remain in the bloc after polls indicated a comfortable victory for those in favour of the EU. However, the Leave campaign ended up taking 51.89% of the vote, sparking disbelief among those campaigning for Remain. The result certainly caught our trading team by surprise.

We regularly offer spread betting on politics, and we opened the Brexit betting market at 69-75. Remain was worth 100 points and Leave was worth 0 in that market. If punters thought the UK would vote to leave the EU, they could have sold at 69, and if they thought Remain would prevail they could have bought at 75. Polls continued to suggest a victory for Remain, and we ended up offering 90-96 in this market at 10.11pm on the eve of the election. The rest is history. The Leave campaign emerged victorious, and we took a massive hit on punters selling. 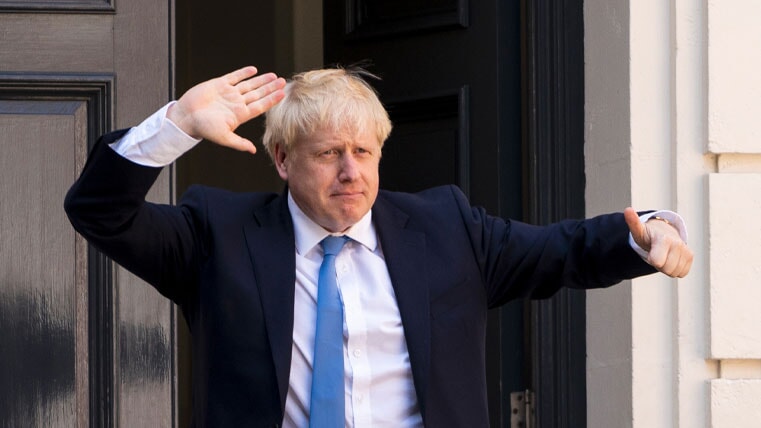 Trump was installed as a 100/1 outsider to succeed Barack Obama as President of the United States after announcing his candidacy in June 2015. He was a high-profile TV personality thanks to his role on The Apprentice, while he was also well-known for fronting his family’s real estate company, but few took him seriously as a presidential candidate. However, by August 2015 the odds on him seizing the White House had dropped to just 12/1. His populist rhetoric chimed with vast swathes of disenfranchised Americans, and he ended up clinching a number of key primaries and caucuses.

By November 2015, we had priced Trump at 5-7 in the presidential election spread betting market. That market awarded 50 points to the winner and 25 to the runner-up in the election. Hillary Clinton, the Secretary of State chosen by the Democrats to continue Obama’s legacy, was the clear favourite at 35-38, while Marco Rubio – the early frontrunner to secure the Republican candidacy – was priced at 14-17.

Trump gathered pace over the next couple of months and by January he was neck-and-neck with another Republican challenger, Ted Cruz, at 8-11 in this market. By 1 February, 2016, we had Clinton at 32-35 and Trump at 15-18, with Rubio having fallen to 9-12 after his popularity waned.

At one point it seemed unthinkable, but Trump saw off the likes of Rubio, Cruz and Jeb Bush to secure the Republican candidacy. He was still expected to suffer a heavy defeat to Clinton. She was still the clear favourite up to the night of the election, priced at 42-44. By that point, Trump had reached a price of 29-31. Clinton’s maximum price of 48.5 came at 1.03am as the votes were being tallied up, but by 2.51pm results were being revealed and the market was a coin flip.

Trump’s Make America Great Again campaign and vows to “drain the swamp” in Washington clearly struck a chord with disaffected voters that felt ignored by the political elite and wanted to turn the status quo on its head. He ended up securing 46.1% of the popular vote, compared to 48.2% for Clinton. However, Trump carried 30 states after gaining significant support in the pivotal Rust Belt region and sweeping the south.

He ended up with 304 electoral votes to Clinton’s 227 and he was named the 45th president of the United States. His presidency has been littered with controversies, but he remains the odds-on favourite in our political odds to secure a second term of office when he runs against Democrat challenger Joe Biden in November.

Conservative leader Theresa May was confident of significantly increasing her party’s majority when she called a snap general election in 2017. She rose to power following David Cameron’s resignation in the wake of the Brexit vote, but she wanted the legitimacy of an election win to bolster her leadership. The opposition was seen as weak under the helm of the polarising Jeremy Corbyn, and all conventional wisdom pointed towards an easy victory for May.

However, her campaign proved disastrous. She failed to live up to her “strong and stable” mantra, while Corbyn’s leftist populism appealed to many voters. He came across as far more authentic than May, and he emerged as a cult hero for millions. In the end, he secured a 40% share of the national vote, which is higher than Tony Blair achieved in 2005. The Conservatives lost 12 seats, and May’s majority was wiped out. She had to strike a deal with the DUP in Northern Ireland to cling to power, but it totally undermined her ability to lead the country.

May finally bowed down to pressure from her party to stand down, and eventually Boris Johnson led the Conservatives into the 2019 election against Corbyn. This time, the Labour leader was emphatically defeated, as it became Labour’s worst election result since 1935. Sir Keir Starmer replaced Corbyn as Labour leader, and he is now tasked with uniting a divided party.