Everything You Need to Know Ahead of AFL 2020

The AFL is almost upon us, and though it – like all other sport around the globe – is set to be impacted by COVID-19, it will get underway as scheduled with the traditional clash between long-time rivals the Richmond Tigers and the Carlton Blues on Thursday, the 19th of March. In the lead-up to the season, we take a look at all you need to know about the AFL in 2020, including all of the contenders, the players to watch, and the biggest talking points from the offseason.

The Richmond Tigers won their second Premiership in three years last season, overcoming a raft of injuries to key personnel in the first half of the season to win their final 12 games, culminating in a dominant 89-point victory over the GWS Giants in the Grand Final. With close to half of their best team sidelined by injury, a Premiership seemed unlikely halfway through the year when they found themselves outside of the top eight and with a 7-6 record, but the likes of captain Trent Cotchin, star forward Jack Riewoldt and many more returned to help them reassert their dominance as the best team in the league.

This year, AFL spread betting markets suggest they have a good chance of challenging again. The squad they head into the season with has suffered no major losses from that which won the Premiership last year – superstar defender Alex Rance has announced his retirement, but he ruptured his ACL in the first match of 2019 and as a result played no on-field role for the rest of the year. Trent Cotchin will once again captain the side where Damian Hardwick will enter his 11th year as coach of the club. 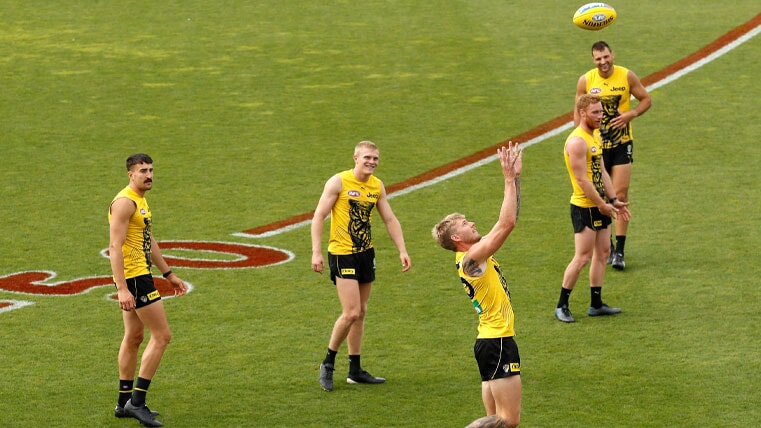 While the Tigers head into the season as the favourite, the competitive quality of the league on which the AFL prides itself on is as evident as ever, and a number of other sides will feel confident in their ability to upset the status quo.

Last year’s runners-up, the Giants have been banging on the door of an inaugural Premiership following their entry into the league in 2012 for the past four years now, and though 2019 saw them reach the milestone of a first ever Grand Final appearance, they were unable to take home the silverware. As one of the two expansion teams which entered the league just under a decade ago, the Giants are enjoying the fruits of the host of talented young players the AFL gave them access to upon entry, and with so much ability and finals experience which is growing by the year, they have every chance of being in the mix at the pointy end of the season once again in 2020.

One of the most successful sides in the competition’s history, the Magpies rose back to prominence in 2018, surprising many by making the Grand Final where they lost to the West Coast Eagles in heartbreaking fashion. Last year they were every bit as dangerous, but were ultimately knocked out in the preliminary finals by the Giants in a thriller. A dominant midfield headed by captain Scott Pendlebury and including the likes of Adam Treloar and Steele Sidebottom, Brodie Grundy in the ruck and plenty of talent at either end of the field has punters believing they’re more than capable of going one step further in 2020 and starting off this decade as they did the last – with a Premiership.

The AFL’s most successful club outside of Victoria, the Eagles have enjoyed consistent success over their 33 years in the national league, and last tasted the ultimate success just two years ago. Last year they appeared well poised to defend their Premiership throughout much of the season, but a surprise loss in the final round of the regular season saw them drop out of the top four and thus lose their opportunity at a double chance, and they were subsequently eliminated in the second week of the month-long finals series by the Geelong Cats.

In 2020, they are expected to again be there or thereabouts – virtually unbeatable in Perth, their home games typically yield plenty of success. Whether or not they can perform away from home, which they’ll have to do to win the Premiership, remains to be seen, but they managed to do it two years ago and their parochial fans will no doubt be confident in their ability to do it again. 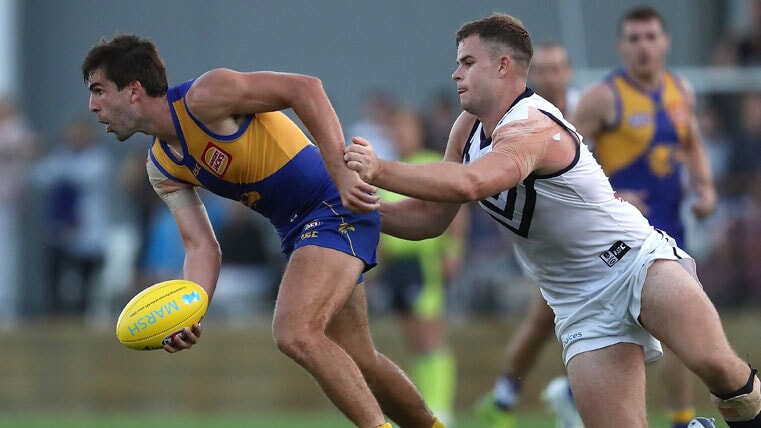 The Brownlow Medal, which each year determines the player adjudged the fairest and best player by the umpires throughout the course of the regular season, was last year claimed by Nat Fyfe for the second time, and while his victory was a relatively comfortable one, very little separated the rest of the top ten – indicative of the quality of talent currently present within the league.

Fyfe is once again one of the favourites to win the prestigious medal. Still just 28 years of age, the powerful midfielder will lead a young Fremantle Dockers team, and though they aren’t tipped to enjoy finals action, his authoritative presence on the field will have him nonetheless in the mix as one of the AFL’s best. His competition, however, will be plenty.

Dustin Martin has accumulated just about every accolade available to him over the past three years – his 2017 season, during which his Richmond Tigers won the Premiership for the first time since 1980, was one of the best in history, and saw him win both the Brownlow Medal and the Norm Smith Medal, the latter of which is awarded to the best player on the ground in the Grand Final. With his Tigers expected to win plenty of games, Martin – who has finished in the top seven in the award in each of the past five years – should attract plenty of attention from the umpires.

Throughout much of the past three years, debate has raged over whether Martin or Geelong Cats captain Patrick Dangerfield is the best player in the game. Regardless of the answer, there’s no doubting Dangerfield is up there – his extraordinary power and speed, elite marking ability and ability to play in the midfield or forward line makes him almost impossible to stop, and the 2016 winner of the award will again be one of the most exciting individual players to watch this year.

Those three will no doubt spend plenty of time in the headlines, but there are a host of other players equally capable of taking the mantle of the game’s best. New Western Bulldogs captain Marcus Bontempelli is one such example – at just 24 years of age, he is already one of the game’s best, and is poised to take his game to the next level. Carlton captain Patrick Cripps is at a similar stage in his career and equally capable of taking it up a notch, Collingwood ruckman Brodie Grundy has developed his game every year and is now arguably the most important players on one of the league’s best team, while plenty of others stand not far behind.

Much of the talk throughout the offseason surrounded – as it usually does – the October trade period, which in 2019 saw plenty of player movement. The St. Kilda Saints were arguably the biggest winners, luring the silky smooth and extremely skilful Bradley Hill over from the west in a move which fills their blatant need for talented ball-users. They also acquired hard-nosed midfielder Zak Jones from Sydney, ruck-forward Paddy Ryder from Port Adelaide and numerous other depth players, bolstering their list as they attempt to escape the mediocrity in which they’ve been mired for so long.

Elsewhere, star midfielder Tim Kelly’s move back home to West Coast from Geelong makes a dangerous Eagles outfit even better, while the Melbourne Demons strengthened their list with midfielder Ed Langdon and utility Adam Tomlinson as they attempt to recover from a disappointing 2019 campaign.

However, as it has in every sporting league around the globe – and indeed in life in general – the conversation has recently shifted to COVID-19, and the way in which it will impact the league. Last week the league announced that the opening round of the season would be played in front of an empty stadium, while just days before the league was scheduled to begin, AFL CEO Gillon McLachlan announced that the regular season would be shortened from 22 games to 17 in a move which gives them plenty of leeway if and when they are forced to bring the season to what is hopefully a temporary halt. The AFL has long been faced with discussions about the best way to create an equitable fixture including 18 teams and 22 rounds, and many hold the belief that a 17-game season in which each team plays one another on a solitary occasion is the best way to do that. Though it may not have come in a way which anyone wanted or expected, 2020 will now be an unintentional trial for that idea.

The lead-up to the 2020 season has, like many things so far this year, been unprecedented. But as AFL boss McLachlan recently put it, footy will always find a way. It may not be in exactly the format, nor when, we expected, but once it gets underway, it will be as exciting as ever.

Sporting Index will have markets on the AFL across the whole season. AFL spread betting markets available here and our Fixed Odds markets here.