Cricket fever has swept across England after Eoin Morgan's resilient ODI side seized the World Cup in dramatic fashion this summer. The onus is now on the Test side led by Joe Root to follow in their footsteps and regain the Ashes in front of their passionate home fans. England have named their squad and fans have been counting down the days until the first Test gets underway at Edgbaston on Thursday, 1 August. The best-of-five series concludes at The Oval on 16 September and England fans will hope to see a triumphant Root holding the fabled urn aloft by then. 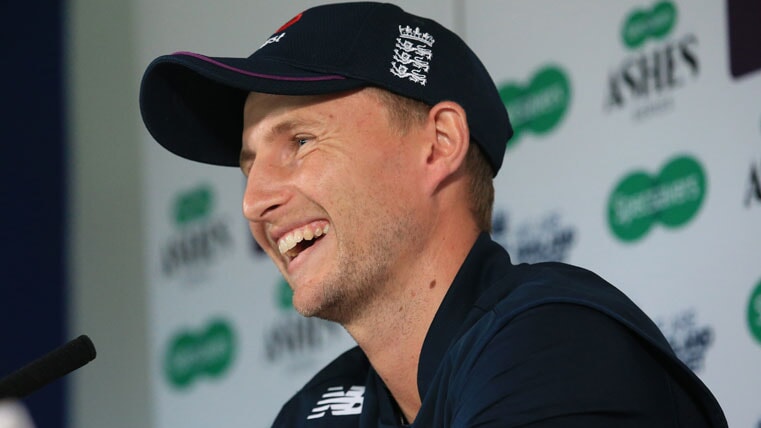 The selectors have named a 14-man squad for the first Test and it features an intriguing blend of youth and experience. The big news is that Ben Stokes has resumed his role as vice-captain for the first time since 2017. The all-rounder was stripped of the role following a fracas outside a Bristol nightclub, but he has since been cleared of any criminal charges, and he completed his comeback by performing heroics in the World Cup final.

Several members of the triumphant ODI side are included in the squad for the first Ashes Test. Jason Roy has proved his worth with the bat and he is expected to open alongside Rory Burns. Stalwarts Jos Buttler and Jonny Bairstow will line up alongside Moeen Ali and Chris Woakes. There is also a place for exciting young quick Jofra Archer, who dazzled with his pace and power at the World Cup. Veteran first-class cricket stars James Anderson and Stuart Broad go straight into team, while Sam Curran, Joe Denly and Olly Stone are also in the mix.

The home team has won eight of the past nine Ashes series and this England group will be expected to regain the urn they lost in dire fashion last time out. They did not exactly set the world alight during a nervy victory over Ireland in a warm-up test, and they will need to seriously improve if they are to topple Australia. Fans will hope that any World Cup hangover vanished after England were bowled out for just 85 in the first innings against Ireland. That should have jolted them back into Test cricket. 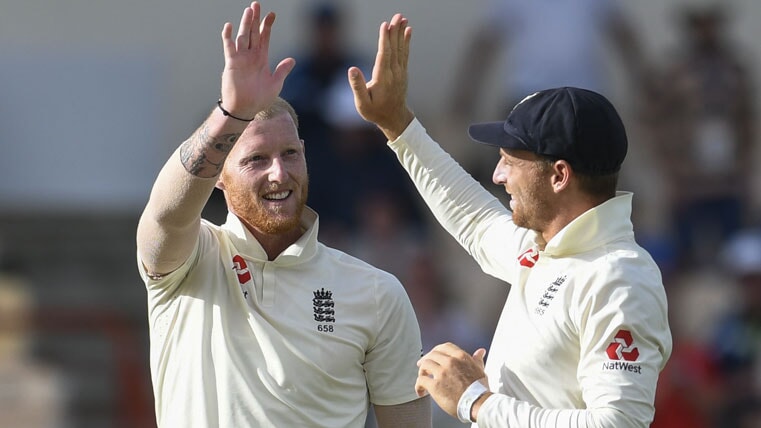 The three stars that handed Australia a convincing victory at the last Ashes series have all returned in time to take on England once more. Steve Smith, David Warner and Cameron Bancroft all received long bans for their roles in a ball-tampering scandal that broke during a Test against South Africa, but they have now returned from the wilderness. Smith is no longer the captain - that honour has gone to Tim Paine - but he remains Australia¿s most potent weapon. Warner was brilliant during the World Cup and he has the ability to hurt England during this series too.

Australia's middle-order looks strong, with Usman Khawaja, Travis Head, Paine and Marnus Labuschagne all ready to supply crucial runs. Yet this series looks set to be decided by the bowling departments, and Australia's is formidable. Josh Hazlewood, Pat Cummins and Mitchell Starc are all destructive players that will relish the opportunity to rip through England's batsmen at any sign of weakness. Nathan Lyon offers dangerous spin, while the likes of James Pattinson, Mitchell Marsh, Michael Neser and Peter Siddle are vying for the remaining places in the side. 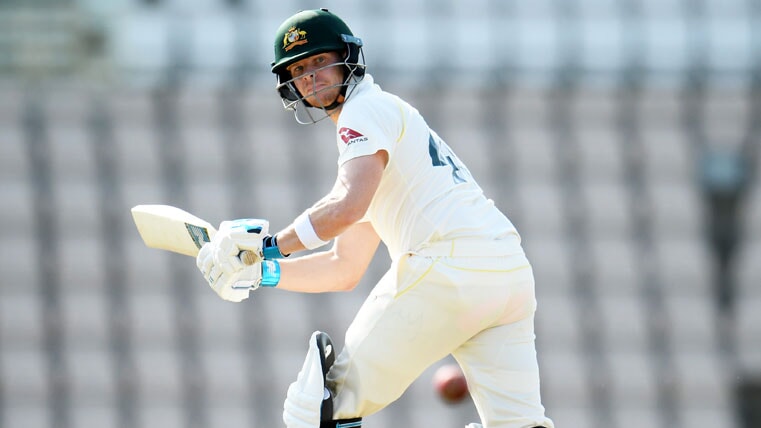 History is against the visitors, as they have not won a series on English soil since 2001. But the teams look pretty evenly matched, there is little recent form to go on as the 50-over game has dominated proceedings this year, and it could be a very close series. If Australia get the rub of the green in a few key moments, they could return home triumphant.

The Australians have an abysmal recent record at Edgbaston, which plays host to the opening Test in this series. They have lost their last 11 visits there in all formats, and England destroyed them in the World Cup semi-final at the famous stadium. It is therefore perhaps unsurprising to see England installed as the 10/11 favourites to win the opening match in the Ashes betting, with Australia the 11/8 underdogs. The cricket spread betting tells a similar story: England have been assigned a Win Index of 13.25-14.75, while Australia are priced at 10-11.5.

History will weigh heavily on Paine's men, but these records must end at some point and they should gain encouragement from the sloppy nature of England's performance against Ireland. Cummins has the pace and accuracy to rip the hosts to shreds if they play like that, while Smith and Warner have the ability thrive off the boos they will inevitably be subjected to.

England fans will hope for big performances from Burns and Roy if they are to prevail. There are question marks over the former and the latter needs to prove he can flourish within the longer format. Yet the hosts should be able to rely on Stokes, who has proven himself to be the man for big occasions, and he certainly has the ability to lead his team to victory at the fortress that is Edgbaston. Root could also do his team a massive favour by stepping up to number three, while Moeen needs to improve with the bat to justify his selection. As always, much will rest upon the shoulders of Anderson, but he should find strong support from Archer this time around. 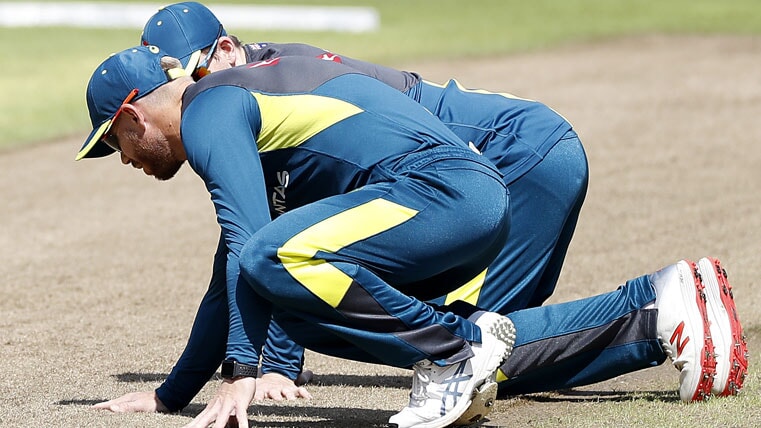 Our traders feel like this will be a close series as they have assigned England a Win Index of 67-71, while Australia have been priced at 51-55. A win is worth 25 points in this market, suggesting both teams will secure between two and three victories in the best-of-five series. It finished 3-2 to England last time they hosted the Ashes on home soil, and we could be in for a repeat of that scoreline if the oddsmakers are correct in their estimations. Total Series Draws has been priced at 0.7-0.85. England Series Wins is 2.45-2.65, while Australia Series Wins is 1.7-1.9.

The conditions should favour both bowling attacks, but the Highest Individual Score market is priced 176-182. The index on Total Sixes is 32-34, whereas Total Fours is priced at 595-610. On the other hand, Lowest All Out Team Score is just 124-130, perhaps after the trading team watched Root's men fold like a house of cards against Ireland last week. The series pits fragile batting line-ups against ferocious bowling attacks, so it will be interesting to see what unfolds.

You can also find a number of interesting player markets for the series to choose from. A Total Series Runs spread has been assigned to each player, and punters are likely to hunt out Root, Smith and Warner. The England captain is priced at 445-465, while Smith - who blew England away at the last series, held Down Under in 2017-18 - is 450-470. Warner has been given a spread of 415-435.

In the fixed-odds betting Joe Root is favourite to be Top England Batsman over the course of the series at 2/1, followed by Jonny Bairstow and Jason Roy both at 5/1. While World Cup hero, Ben Stokes is available at 7/1.

Steve Smith heads the betting for Top Australia Batsman at 7/4, with David Warner second favourite at 5/2.

Stalwart James Anderson is favoured for Top England Bowler at 2/1, while another one of England's World Cup stars, Jofra Archer is priced at 9/2.

Pat Cummins leads the way for Top Australia Bowler, narrowly ahead of leading wicket taker at the World Cup, Mitchell Starc who is 3/1.

You can find all the latest Ashes 2019 spread betting markets and cricket betting odds at Sporting Index.