Man City will bid to win the EFL Cup for the third year in a row when they take on Aston Villa at Wembley on Sunday. Pep Guardiola’s men swept Arsenal aside in the 2018 final and prevailed courtesy of a penalty shootout when they tangled with Chelsea last year. They have already thrashed Aston Villa home and away in the Premier League this season and they are heavy favourites to win this game. However, Wigan proved in 2013 that it is possible to topple the mighty Man City in a cup final, so hope springs eternal for Dean Smith’s side.

Aston Villa’s Route to the Final

Smith’s men began their EFL Cup campaign with a 6-1 drubbing of League Two side Crewe Alexandra. A brace from Conor Hourihane was the highlight of the game, while star man Jack Grealish also got on the score sheet. Villa landed a tricky looking trip to the Amex to face fellow Premier League side Brighton in the third round, but Grealish and Hourihane were once again on target in a 3-1 victory. That set up a mouth-watering West Midlands derby against high-flying Wolves. Anwar El Ghazi put Aston Villa 1-0 up, but Patrick Cutrone equalised for the visitors on 54 minutes. Ahmed Elmohamady then won the game for Villa with a clever finish that went through John Ruddy’s legs.

They were thrust into a tough quarter-final clash with runaway Premier League leaders Liverpool, but fortunately it clashed with the Reds’ Club World Cup commitments. Aston Villa ended up facing Liverpool’s youth team and promptly thrashed them 5-0. They were serious underdogs against in-form Leicester in the semi-finals, but they picked up a thrilling 3-2 aggregate victory courtesy of a 94th minute second leg strike from Trezeguet. 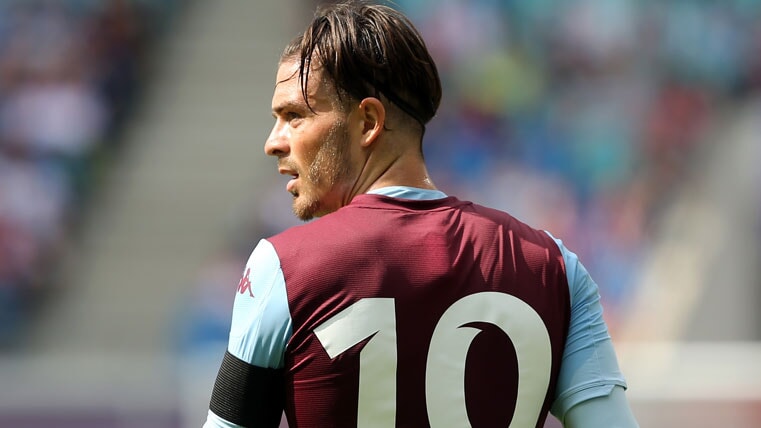 Man City’s Route to the Final

Man City joined the EFL Cup in the third round and wasted no time in reminding everyone of their formidable talents. They beat Preston 3-0 and then wiped the floor with Southampton in the subsequent round. The final score was 3-1, but City enjoyed 77% of the possession, they had 19 shots on goal and the scoreline could have been a lot heavier. Sergio Aguero banged in a brace, while Nicolas Otamendi was also among the goals. A number of youngsters came into the team for a 3-1 victory over Oxford in the quarter-finals, but the experienced Raheem Sterling settled it with two well-taken goals after the break.

That yielded a Manchester derby in the semi-finals. Man City were the vastly superior team in the first leg at Old Trafford. They were 3-0 up within 38 minutes and Ole Gunnar Solskjaer’s men looked totally bamboozled by the pace, precision and intelligence of their play. City took a foot off the pedal in the second half and Man Utd pulled a goal back, but it was a comprehensive away victory. The Red Devils were displayed a lot more ambition in the second leg and made things interesting when Nemanja Matic scored in the first half. However, City’s defence held firm and Matic was then sent off, allowing Guardiola’s men to close out a nervy 3-2 aggregate victory.

Aston Villa were promoted to the top flight last summer and they have already faced Man City twice this season. Raheem Sterling, David Silva and Ilkay Gundogan were all on target for the Premier League champions in a routine 3-0 victory when they met at The Etihad in October. Villa then hosted Man City last month and it was another one-sided affair. Two quick-fire goals from Riyad Mahrez put the visitors 2-0 within 25 minutes, and then goals from Aguero and Gabriel Jesus made it 4-0 at the break. Aguero completed a hat-trick with two second half strikes, and a late penalty from El Ghazi was a mere consolation in a 6-1 defeat. Aston Villa have not beaten Man City since 2013. Since then there have been six victories for Man City and one draw.

A Tale of Two Finals

Man City’s last cup final was in May 2019, when they absolutely obliterated a hapless Watford. Gabriel and Sterling both scored twice, while Silva and Kevin De Bruyne were also on the score sheet in a 6-0 triumph. It made them the first team to ever complete a domestic treble and captain Vincent Kompany signed off his stellar career by lifting the FA Cup. Villa’s last final also came in the FA Cup, when they faced Arsenal in 2015. They were ripped apart. It finished 4-0 to the Gunners, who benefited from an Alexis Sanchez masterclass. The mercurial Chilean was at the height of his pomp back then, and he inspired the Gunners to an emphatic triumph. Villa will now bid to banish that memory by securing a famous victory on Sunday.

5 – Aston Villa have won five EFL Cups, but their last victory came in 1996. Savo Milosevic, Ian Taylor and Dwight Yorke all scored in a 3-0 win against Leeds that day.

68 – Man City have banged in 68 goals in 27 Premier League games so far this season, the highest tally in the division. Yet Villa can find some solace in the face that Guardiola’s men have conceded more than a goal per game.

52 – Aston Villa have conceded 52 times in their 27 Premier League games this term. That means they have the worst defensive record in the league. They are currently 17th in the table, but West Ham and Watford are just a point behind them.

62.75 – Man City can perhaps count themselves unfortunate not to be top of the Premier League table. They have accrued just 57 points, which leaves them 22 behind leaders Liverpool. However, Man City’s Expected Points (xPTS) tally is 62.75, whereas Liverpool’s is just 57.8.

71.94 – Man City have an Expected Goals (xG) tally of 71.94 this season, so they have not been quite as clinical as anticipated. They have also conceded 2.91 goals more than expected (xGA), while Liverpool are well ahead of the curve in both metrics.

22.37 – Aston Villa have the second lowest xPTS tally in the league this season. They have conceded 6.47 fewer goals than expected, and their goals tally is also 0.73 better than their xG stat.

155 – Aston Villa have blocked more shots than any other team in the league this season. Man City have blocked the fewest, with 42. Tyrone Mings alone has managed 39, which is the most of any Premier League player.

18,164 – Man City like to pass teams to death. They have strung way more passes together than any other Premier League side. Aston Villa have completed just 10,325 passes, so City are expected to dominate possession on Sunday. Man City also lead the league for crosses and corners.

16 – Belgian playmaker De Bruyne has notched 16 assists this season, which is way more than any other player. Grealish has six to his name.

84 – Aguero has scored a goal every 84 minutes this season, which is easily the best record in the Premier League. He is one goal behind Pierre-Emerick Aubameyang and Jamie Vardy in the race for the Golden Boot, but he has played far fewer games. Grealish is Villa’s top scorer, with a goal every 321 minutes.

Man City are the 1/7 favourites in the football odds on Sunday’s EFL Cup final. They have a pretty clean bill of health right now, and they have dominated Aston Villa in the recent head-to-heads. Smith’s men are missing goalkeeper Tom Heaton, midfielder John McGinn and striker Wesley, and they are 18/1 underdogs, while the draw is priced at 7/1. Over 3.5 goals is priced at 21/20, and under 3.5 is 3/4. You can take odds of 9/5 on Aston Villa +1.5 on the handicap lines, or 4/6 on Aston Villa +2.5. Man City -2.5 is priced at 6/5.

The football spread betting markets also show Man City to be the heavy favourites to win this game. They have a Win Index of 22-23, whereas Aston Villa’s Win Index is just 1.75-2.5. Guardiola’s men have a Match Supremacy Index of 2.2-2.4, while Total Goals is priced at 3.4-3.6.