Sports fans were treated to a barrage of exciting action as the world returned to a semblance of normality in July. Our traders made predictions on thousands of markets throughout the month, allowing you to pit your wits against them in a bid to make a profit. Some of their predictions proved to be remarkably intuitive, but others sailed well wide of the mark. These are the biggest discrepancies that we experienced during July:

Liverpool Prevail in a Thriller

Liverpool were desperate to put on a show for their fans before they were scheduled to lift the Premier League trophy at Anfield on 22 July. Chelsea were the visitors that evening, and the Blues needed points in order to tighten their grip on a top-four place, so it promised to be a thrilling encounter. It did not disappoint. Liverpool opened the scoring with a thunderbolt from Naby Keita, and then Trent Alexander-Arnold curled in a sumptuous free-kick. Georginio Wijnaldum crashed in an unstoppable volley to extend Liverpool’s advantage, but Olivier Giroud pulled one back on the stroke of half-time.

Roberto Firmino restored the Reds’ three-goal lead with a header nine minutes after the break, but Chelsea battled back into the game after Frank Lampard threw Christian Pulisic into the fray. The talented American winger evaded several tackles before putting it on a plate for fellow substitute Tammy Abraham to tap in, and then he made it 4-3 with a fine volley on the turn. Chelsea streamed forward in search of an equaliser, but Liverpool caught them on the break. Alex Oxlade-Chamberlain finished off an incisive breakaway to make it 5-3 to Liverpool, completing a pulsating encounter. 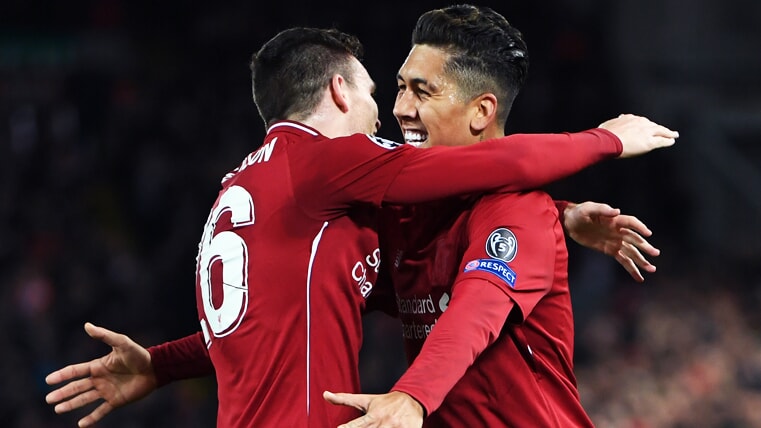 It was an evening of joy for Liverpool fans, as they celebrated the end of their 30-year title drought. Sir Kenny Dalglish presented Jordan Henderson with the trophy on a special podium, and the Reds partied in style. Anyone that bought on the Total Goal Minutes football spread betting market also had cause for celebration that evening. The pre-match quote was 155-162, but the end result was 422 after Oxlade-Chamberlain scored on 84 minutes.

Atalanta banged in an astonishing 98 goals in 38 games to secure a third placed finish in Serie A. They were utterly rampant after the restart, regularly ripping their opponents apart as they closed the gap on eventual champions Juventus. Brescia were mere cannon fodder when they turned up at Atleti Azzurri d’Italia on 14 July. They had one of the worst defensive records in Serie A and eventually finished 19th after a thumping at the hands of Atalanta left them thoroughly demoralised.

Mario Pasalic put the hosts 1-0 up after just two minutes, but Ernesto Torregrossa quickly equalised. That only served to antagonise Atalanta, who banged in three more goals to lead 4-1 at the break. Pasalic completed his hat-trick with two goals in three minutes during the second-half, and then Atalanta took a foot off the pedal with the score at 6-1. Bescia pulled one back in the 83rd minute, but it was a crushing defeat.

Before the game, we quoted Total Shirt Numbers – the aggregate shirt numbers worn by all the goalscorers in the match – at 165-170. However, the result was 406 after Pasalic (number 88) scored three times. Duvan Zapata, who wears number 91, was also on target.

England were widely expected to ease to victory in the first Test against the West Indies. Ben Stokes stepped into the role of captain so that Joe Root could be present for the birth of his second child, and fans expected him to lead the hosts to an emphatic victory. The West Indies had not had much time to train after flying to England, so we priced them at 11-16 in the cricket spread betting 100 Index. The winner in that market receives 100 points and the losing team receives zero.

Alarm bells started ringing when England were bowled out for just 204 in the first innings. Stokes hit 97, but it was not enough to prevent a capitulation. Kraigg Brathwaite and Shane Dowrich both put up centuries for the Windies, who finished with 318. England managed 313 in the second innings, but Jermaine Blackwood was on fire as the visitors easily reached their target to secure a famous victory.

Stuart Broad Proves His Worth

England took the controversial decision to leave Stuart Broad out of the first Test against the West Indies. He returned to the fold with a point to prove ahead of the second Test. He took six wickets in total to help lead his team to an emphatic victory, which levelled the series at 1-1. All eyes were on Broad in the third Test, which began on 24 July at Old Trafford, and the veteran bowler did not disappoint. England posted a first innings total of 369, and then Broad set about dismantling the West Indies. He quickly removed Brathwaite for a single run, and then returned to decimate the lower order. He claimed the wickets of Roston Chase, Jason Holder, Dowrich, Rakheem Cornwall and Kemar Roach to finish 6-31.

The West Indies ended up with just 197 runs due to Broad’s brilliance, and England were happy to declare at 226/2 in the second innings, with time running out in the rain delayed Test. The Windies would hope to hold on for a series levelling draw, but Broad had other ideas. Once again he removed Brathwaite and Roach, while he also claimed the scalps of John Campbell – who was bowled for a duck – and Blackwood. He finished the second innings 4-36, carrying England to a thrilling victory and ending the Test with 10 wickets. We offer a pre-match Bowling Index of 47-52 on Broad. We assign 10 points for a wicket, and a 25-point bonus for managing five or more in a single innings, so the result was 125.