Our traders were busy pitching thousands of spread betting markets throughout November as big games and tournaments came in thick and fast. Some of their predictions were bang on the money, but others were well wide of the mark. These are the top six spread betting make ups of the month:

The Sporting Index trading team predicted that David Warner would hit between 59 and 64 runs in the first innings when Australia faced Pakistan in the second Test at Adelaide. He recorded 154 off 296 balls in the first Test to lead his team to a comprehensive victory, but that followed a disappointing Ashes series for the former vice captain. He left England with an average of just 9.5 over the five Tests, as Stuart Broad proved to be his bête noir.

Cricket fans were able to sell at 59 on Warner if they felt he would struggle or buy at 64 if they believed he would put Pakistan to the sword once again. The Australian opener delivered one of the finest performances in the history of first-class cricket. He hit an unbeaten 335 from 418 balls, which is the 10th highest score of all time.

It saw him pass Sir Don Bradman and Mark Taylor to secured the second-highest Test score by an Australian, and it could have been even bigger had the Aussies not declared at 589-3. Warner survived a slight scare when he was caught off a no ball at 226, and he went on to hit 39 fours and a six during his sensational innings.

Sheff Utd were in superb form as they went into their game against Man Utd on 24th November. The Blades had conceded just two goals in their previous five matches and that rock solid defence had helped them soar up the table. Sheff Utd games have seen fewer goals than any other Premier League team’s matches this season, while Man Utd have been a little goal shy of late, so their meeting looked likely to be a drab, low-scoring affair. 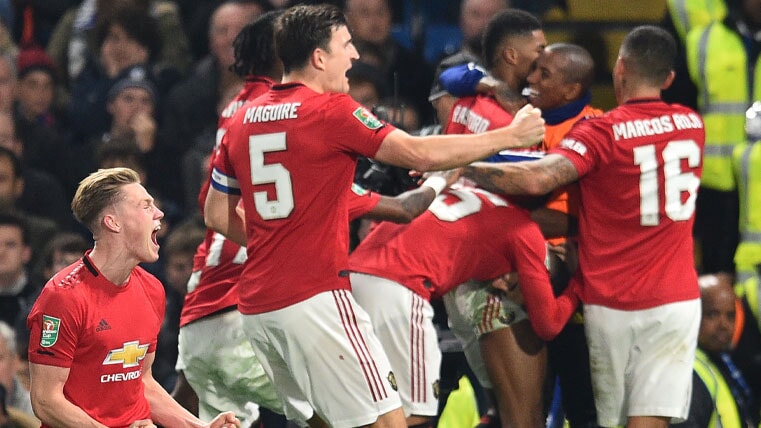 Our traders price up a Shirt Numbers market on all Premier League games. This is a really exciting betting option that allows you to make a prediction on the cumulative shirt numbers worn by each goalscorer. They pitched it at 33-36 in the game between Sheff Utd and Man Utd at Bramall Lane. Anyone that sold at 33 may have been pleased to see Sheff Utd leading 1-0 at half-time, with the only goal having been scored by number 4, John Fleck. Yet a fine strike from Lys Mousset (number 22) after the break took the total up to 26.

Anyone that bought at 36 would have been delighted to see unheralded teenager Brandon Williams score. The left-back was making just his second start for the club and he wore the number 53, so his strike took the total to 79. Substitute Mason Greenwood (number 26) then banged in the equaliser for Man Utd and Marcus Rashford (number 10) handed the Red Devils the lead two minutes later. Sheff Utd’s unbeaten streak looked certain to end, only for Oli McBurnie (number 9) to hit a last-gasp equaliser. In the end the total shirt numbers reached 124, which is 88 points above the price you could have bought at.

Another exciting football spread betting market is Total Goal Minutes. This allows you to make a prediction on the cumulative minutes at which each goal will be scored. For example, if it is a 1-1 draw and the goals are scored on 32 and 65 minutes, the settle would be 97. Our traders predicted a Total Goal Minutes spread of 172-178 when England hosted Montenegro at Wembley for a Euro 2020 qualifier on 14th November. That was a higher than average spread, which reflected England’s sparkling form in front of goal. They had beaten Bulgaria 6-0 in their previous match, while their last game at Wembley had seen them beat Kosovo 5-3.

Anyone hoping for another high-scoring clash would have been pleased to witness England’s attacking thrust in the opening stages of the game. Alex Oxlade-Chamberlain fired in a superb strike on 11 minutes to hand Gareth Southgate’s men the lead, before captain Harry Kane scored two headers. All three goals came from Ben Chilwell assists, and the Leicester full-back caused the visitors all sorts of problems down that flank. Marcus Rashford added a fourth on the half-hour mark and Kane completed his hat-trick before the break. 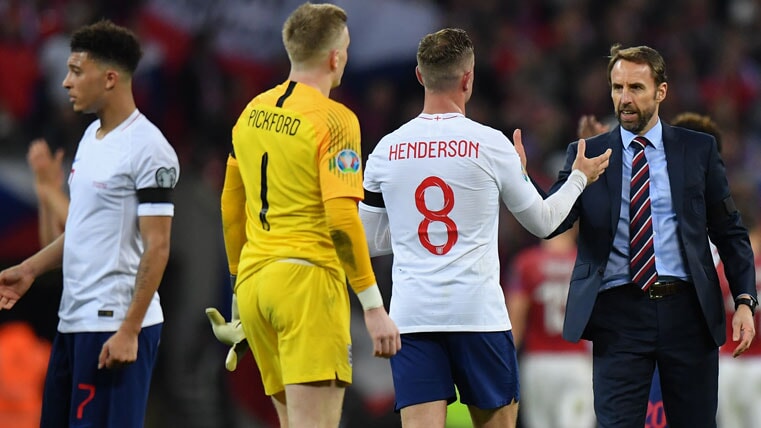 England took a foot off the pedal after half-time, but they went 6-0 up when Aleksandar Sofranac diverted Mason Mount's shot into his own net on 66 minutes. Substitute Tammy Abraham then scored his first goal for England in the dying stages of the game to complete a 7-0 rout. That saw the total goal minutes reach 270, which was 92 points above the buy price.

The Baltimore Ravens have been one of the surprise packages of the year in the NFL, and that is largely down to the sensational form of QB Lamar Jackson. They came up against reigning Super Bowl champions New England Patriots on 4th November and it was expected to be a cagey affair. The Pats boasted the stingiest defence in the league and even Jackson – the slick second-year quarterback – was tipped to struggle to open it up. Our traders assigned the Ravens a Multi Points spread of 97-117. This intriguing sports spread betting market is calculated by multiplying the points a team scores in the first half by the points they score in the second half.

Jackson ran riot and led Baltimore to an early 17-0 lead over the Patriots, who had won eight of their previous nine games. The legendary Tom Brady went into overdrive in an effort to drag his team back into the game, and it was delicately poised at 17-13 at half-time. A 70-yard fumble return in the third quarter helped the Ravens lead 24-20, before Jackson threw a five-yard pass to Nick Boyle early in the fourth quarter. He then led a brilliant nine-and-a-half minute drive that resulted in him thrusting into the end zone to make it 37-20. That left a Multi Points make up of 340, well ahead of the buy price of 117.

A Thriller in Nashville

Another surprisingly exciting NFL game saw the Tennessee Titans host the Kansas City Chiefs at Nissan Field on 10th November. Both teams were pretty solid defensively at the time and our traders pitched the Total Touchdown Yardage spread at 106-116. Yet Patrick Mahomes exploited a banged-up Titans defence and threw three TD passes, while opposite number Ryan Tannehill threw two touchdowns, including a dramatic 23-yard pass to Adam Humphries with just 23 seconds left on the clock.

Tannehill then ploughed ahead on the two-point conversion attempt to put the Titans 35-32 ahead, and Joshua Kalu blocked a 52-yard field goal attempt as time expired to hand his team an exhilarating victory. Total touchdown yardage finished at 231, which was well ahead of the opening price of 106-116. The Titans have since gone on to beat the Jaguars and the Colts, and that victory over the Chiefs marked the turning point of their faltering season.

NFL fans can check out the Total Touchdown Shirt Numbers market, which is similar to the Total Shirt Numbers market on goalscorers in a soccer match. The trading team pitched this market at 115-130 when the San Francisco 49ers took on the Arizona Cardinals on 17 November. The 49ers are blessed with an extremely mean defence this year and the Cardinals have been hopeless, so few commentators expected a high-scoring clash at Levi’s Stadium.

Yet it turned into another exciting ball game. Niners QB Jimmy Garoppolo was quiet in the first half and the Cardinals led 16-10 at the break. They still trailed 19-17 at the end of the third quarter, so the home fans were starting to feel nervous. However, Garoppolo exploded to life in the third quarter and the 49ers put up 19 points to secure a fantastic 36-26 victory. The highlight was two touchdown receptions for number 82, Ross Dwelley. That helped the Total Touchdown Shirt Numbers make up reach 310, which is 180 ahead of the price that punters could have bought at.

Ready to pit yourself against our traders? You can find an industry leading selection of sports spread betting markets at Sporting Index.