High-scoring basketball clashes, a spell of individual brilliance from Dimuth Karunaratne and a Chris Wood hat-trick all feature in this month’s round-up of recent sporting surprises. Sporting Index made spread betting predictions on thousands of sporting events during April, and these are the results that caused the greatest discrepancies:

The Toronto Raptors absolutely wiped the floor with the Golden State Warriors when the teams met at Amalie Arena on 3rd April. In a repeat of the 2019 NBA Finals, Pascal Siakam led his team to an emphatic 130-77 victory over the Dubs. The Cameroonian power forward put up 36 points, seven rebounds and five assists in a commanding performance. The Warriors were missing key players such as Stephen Curry and Draymond Green, and they were no match for Toronto.

We set the Supremacy Index at 5-7 points in favour of the Raps before tip-off, but Toronto actually won by a 53-point margin, which is 46 above the buy price. Later in the month, the Utah Jazz pulled off a 154-105 win against the Sacramento Kings – which made a mockery of our Supremacy Index of 7-10 – Toronto’s victory over Golden State was definitely the most one-sided NBA game in April.

Heartbreak for the Twins

On 20th April, the Oakland Athletics ground out a gritty 1-0 win against the Minnesota Twins at the Coliseum. Anyone tuning in to watch the teams battle it out again the following day may not have been expecting a particularly entertaining encounter. We set the X-Runs Index – calculated by multiplying the home team’s runs by the away team’s runs – at 17-19. However, both teams came out swinging on April 21st and delivered one of the most thrilling games of the season.

They slugged three home runs apiece during the first five innings, and the score was delicately poised at 7-7, with both starting pitchers long gone.

The Twins managed three more runs at the top of the sixth, but the A’s pulled it back to 10-9 in the bottom half of the inning. The game ticked on, and Oakland’s 10-game winning streak was on the brink of coming to an end, but the A’s forced an extra innings when Matt Chapman hit a sacrifice fly to the left and Ramón Laureano scored. Byron Buxton hit a two-run homer for Minnesota in the 10th, but the Twins then fell apart, making consecutive two-out, bases-loaded errors to slump to a 13-12 defeat. It meant that the final X-Runs result was 156.

Sri Lanka captain Dimuth Karunaratne tormented Bangladesh’s bowlers by completing a maiden Test double ton in Kandy on April 24th. He reached 200 from 387 balls and ended day four on 234 not out. His unbroken fourth wicket stand of 332 with fellow centurion Dhananjaya de Silva was also a record partnership.

However, it was not enough to lead his team to victory. Bangladesh had declared on 541/7, and Sri Lanka then ended up declaring on 648/8 on day five. Karunaratne added 10 more runs to finish the innings with 244 before he was dismissed, but there was not enough time for the match to yield a winner, as play ended with Bangladesh on 100/2 in the second innings. Yet it was nevertheless a special occasion for Karunaratne. We assigned him a Total Runs Index of 50-55, but his knock of 244 was 189 ahead of the buy price.

Wood Puts Wolves to the Sword

Burnley striker Chris Wood fired in a sensational hat-trick to lead his team to a 4-0 victory over Wolves on 25th April. The Kiwi forward turned Wolves captain Conor Coady inside out before slamming a low finish past Rui Patricio to open the scoring on 15 minutes. He doubled the Clarets’ advantage by converting Dwight McNeil’s low cross and then completed his hat-trick with a thumping header from a corner on the stroke of half-time.

It was Wood’s first hat-trick in seven-and-a-half years. All three goals came before the break, but the total goal minutes amounted to 80, which was 63 above the buy price that we set before the game. Ashley Westwood put the gloss on the win with a late strike, and it helped ease Burnley’s relegation fears. 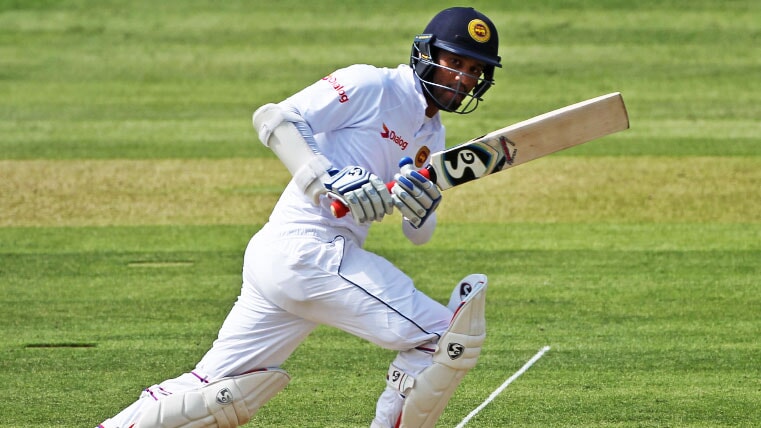 A Thriller in Washington

The San Antonio Spurs and the Washington Wizards played out arguably the best NBA game of the month at the Capital One Arena on 28th April. San Antonio led by 38-34 after an action-packed third quarter, but the Wizards slowly clawed their way back into the game and it was 133-133 at the end of the fourth. Overtime was tight, but the Spurs closed on a 4-0 run to take a thrilling 146-143 win.

Bradley Beal scored 45 points for the Wizards and Russell Westbrook delivered a customary triple double, but it was still not enough to get the better of DeMar DeRozan and co. We set the Total Points Index at 227-231 before the game, but the result of 289 led to a variance of 58. That was the biggest of the month in the basketball spread betting, although we also witnessed a variance of 52 in Boston’s 145-136 win against Minnesota, and 50 when the Indiana Pacers beat San Antonio earlier in the month.