Warrington face the daunting prospect of trying to contain a rampant St Helens side when they lock horns in the Challenge Cup final on Saturday. Saints are in sensational form right now and they picked up a 30-12 victory when these teams met at Halliwell Jones Stadium for a Super League clash on 8 August. They have won nine of their last 10 matches and they lead Warrington and Wigan by 16 points in the Super League table.

Justin Holbrook’s men have also swept away all their rivals in the Challenge Cup as they bid for a famous double. Warrington have a pretty disastrous record in finals and they are in danger of becoming perennial bridesmaids within the rugby league scene. This is a great chance for them to shake off that unwanted tag and reward their long-suffering fans with some silverware, but they face an almighty test of their mettle at Wembley on Saturday. 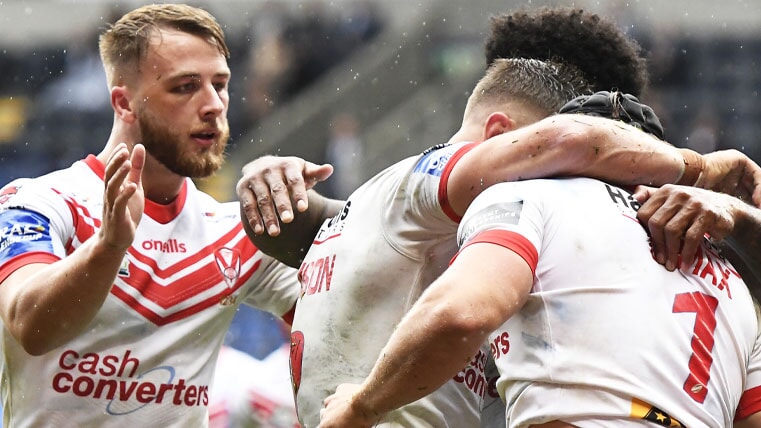 The Story of The Challenge Cup 2019

Warrington have had to navigate a tricky path towards this year’s Challenge Cup final. It began with a sixth-round match against Wigan, the team that beat them in last year’s Super League Grand Final. It was a pulsating contest. The Wire led 18-12 at the break after Dan Sarginson’s try was chalked off in controversial fashion, but Wigan roared back in the second half. Zak Hardaker missed a chance to hand his team the lead when he could not convert his own try, before Stefan Ratchford delivered a crucial late score to hand his team a 26-24 victory.

The situation did not get any easier for Steve Price’s side as they had to go to Hull KR and battle bravely to a 28-22 triumph in the quarter-finals. That teed up a semi-final showdown with Hull FC at the University of Bolton Stadium and both teams looked evenly matched. Yet Warrington’s specialism in semi-finals shone through once more on a rain drenched afternoon. Tries from Bryson Goodwin, Ben Currie, Toby King and Joe Philbin handed The Wire a 22-14 win in a tight game to set up their third Challenge Cup final appearance in four years. They lost to Hull FC in 2016 and slumped to a surprise 20-14 defeat at the hands of Catalans Dragons last year, so fans will pray they do not clinch an unwanted hat-trick of losses this time around.

St Helens’ run to the final has been comparatively breezy. They made hard work of their sixth-round tie away at Huddersfield, but eventually eked out a 22-16 victory. The quarters pitted Saints against Wakefield and it resulted in a 48-10 demolition job, setting up a lopsided semi-final meeting with the minnows of Halifax. Holbrook’s men barely broke a sweat as they closed out a 26-2 win with a supremely composed performance. 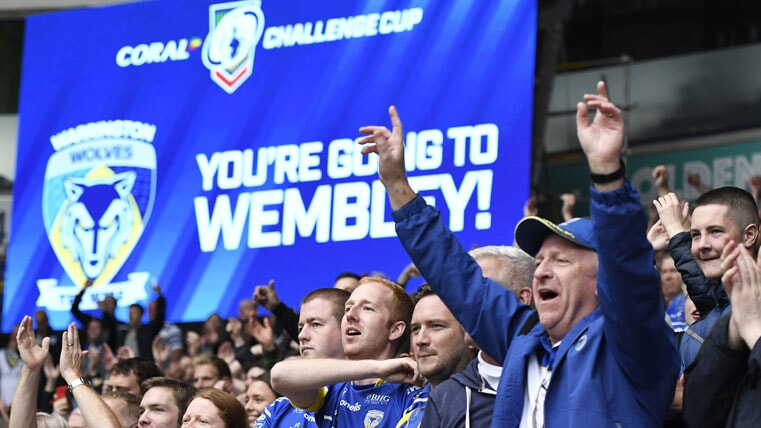 They are in sensational form, having won 23 of 26 games in the Super League. The only team to stop them has been London Broncos, who are bottom of the table, but Saints fielded weakened teams in those games. When they have fielded their big guns, St Helens have been nigh on invincible in 2019, so it is easy to see why they are such heavy favourites in the Challenge Cup odds. Warrington will need to deliver a superb performance if they are to steal an upset in this match, but they certainly have the star quality to pull it off.

These teams have met three times already this season and each match has resulted in a comfortable victory for Saints. An 80-yard Regan Grace effort was the highlight when they beat Warrington 38-12 at home on April 12 to move top of the Super League table. Since then they have not looked back. They clashed at Halliwell Jones Stadium in June and St Helens came from behind to record a 21-10 victory. Holbrook said it was the toughest game he has been involved in, but ultimately Saints were too strong for their rivals in the closing stages.

They then picked up a 30-12 win against The Wire earlier this month. Once again, the teams were evenly matched in the first half, but St Helens blew them away after the break. Warrington have now lost their last five matches and that is disastrous form at such a crucial stage in the season. They are now level on points with Hull FC in the Super League table and their dreams of silverware hang in the balance. Yet The Wire could receive a boost ahead of the Challenge Cup final, as Price said he is optimistic that key quartet Blake Austin, Jack Hughes, Josh Charnley and Stefan Ratchford could be fit to face St Helens. 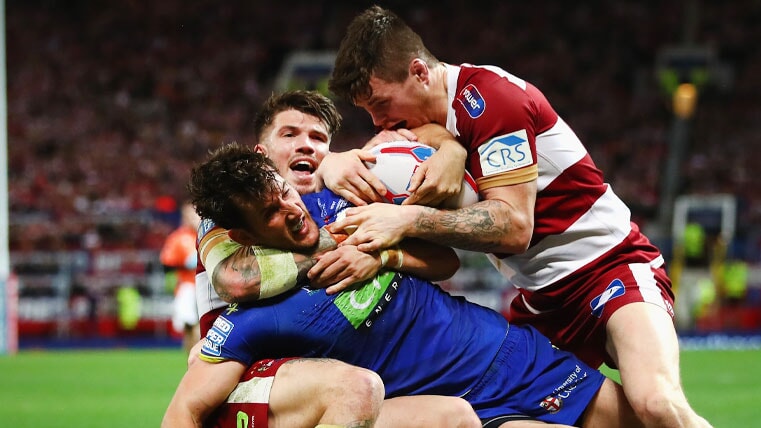 St Helens prop Matty Lees will miss the match after suffering a serious abdominal injury in the 36-20 win against Leeds Rhinos last time out. Young hooker Aaron Smith will also miss out after being hit with a two-game ban for making dangerous contact against Leeds. However, Holbrook said Saints are otherwise blessed with a clean bill of health, meaning Alex Walmsley, James Roby, Lachlan Coote, Morgan Knowles and Joseph Paulo should all return for the match.

You can also find a number of intriguing Challenge Cup spreads that help you ramp up the exhilaration of watching the big final. You can bet on the Win Index, Supremacy Index, Total Points and Player Specials markets, so you are certain to find plenty of interesting angles ahead of the final.