The Champions League group stage returns for round two action this week, with the majority of English clubs still looking for their first scalp in the competition.

Only Manchester City could record victory on the opening day and Premier League participants will be hoping for greater success on Champions League matchday two.

What did We Learn From Champions League Group Stage Matchday 1?

We learnt that the Premier League clubs might not be quite as dominant as they were last time around. All four EPL teams made it through to the quarter-finals in 2018/19, and then Liverpool beat Tottenham in an all-English final.

This season the Premier League is represented by Man City, Liverpool, Spurs and Chelsea.

Man City beat Shakhtar Donetsk 3-0 in week one and it was a typically composed performance, but the other three clubs did not fare so well.

Liverpool lost 2-0 away at Napoli in their opener, while Chelsea suffered a 1-0 defeat against Valencia at Stamford Bridge, with Ross Barkley missing a penalty.

Spurs were 2-0 up away at Olympiakos, but blew that lead to draw 2-2. They all need to generate a significant improvement if they are to return to winning ways this week.

What are the latest Champions League Outright Odds & Spreads?

Man City are the 10/3 favourites in the Champions League odds after that convincing victory over Ukrainian champions Shakhtar Donetsk.

Pep Guardiola¿s men also lead the way in the Champions League Outright Index, with a price of 47-50. Spanish giants Barcelona are next at 39-42, followed by PSG at 35-38. The Parisians pulled off an emphatic 3-0 victory over Real Madrid last time out. Liverpool are now 32-35 after that defeat to Napoli, while Juventus and Real are both priced at 30-33.

Man City picked up a 3-1 win at Goodison Park on Saturday to extend their winning streak to three games. They cannot stop scoring at present, as they beat Watford 8-0 and Shakhtar 3-0. Sergio Aguero, Raheem Sterling and Gabriel Jesus have all been banging in plenty of goals, and playmaker Kevin De Bruyne is pulling the strings with gleeful aplomb.

Yet Man City find themselves in second place in Group C after Dinamo Zagreb thrashed Serie A side Atalanta 4-0 in their opener. Guardiola's men will be keen to assert their dominance, but Dinamo Zagreb have been lethal in front of goal this season and forward Mislav Orsic is on fire. He is the top scorer so far in this season's Champions League after scoring three times against Atalanta.

Man City have been given a Match Supremacy Index of 3-3.2 over the visitors, so our traders expect Guardiola's men to be pretty comfortable in this game.

Spurs boss Mauricio Pochettino earned himself a bit of breathing space when his team battled to a 2-1 victory over Southampton on Saturday. It followed a miserable week in which Spurs lost to Leicester in the league and then crashed out of the EFL Cup at the hands of League Two side Colchester United. The Argentinean manager admitted that there are problems with the mentality of his squad, but they did manage to secure three points against the Saints.

Now they take on a Bayern Munich team that sit top of the Bundesliga with four wins and two draws from their opening six matches. Bayern beat Red Star Belgrade 3-0 in their Champions League opener, with Kingsley Coman, Robert Lewandowski and Thomas Muller all on target. Bayern had 34 attempts on goal in that game, which is the highest so far in this season's Champions League.

The Aussies pulled off the most emphatic victory in World Cup history when they thrashed Namibia 142-0 at the 2003 World Cup. They crossed for an astonishing 22 tries during the match. Chris Latham scored five tries, while Lote Tuqiri and Matt Giteau both managed hat-tricks. They did not quite manage as many points as New Zealand in their 145-17 victory over Japan, but Australia's winning margin was higher and the match was more one-sided. Namibia never looked close to scoring, and it served to illustrate the size of the gap between the top teams and the rest of the world.

Chelsea began their Champions League campaign in disappointing fashion as they lost 1-0 at home to Valencia. They will now attempt to bounce back with a win in northern France on Wednesday night. It is interesting to note that Chelsea have committed more fouls than any other team in the Champions League so far, with 25. Cesar Azpilicueta and Tammy Abraham lead the way with five apiece.

Frank Lampard will demand a more composed performance from his young team this time around in the Champions League.

They kept their first clean sheet of the season when beating Brighton 2-0 on Saturday, and that should give them confidence ahead of this match. Lille sold star man Nicolas Pepe to Arsenal in the summer, but they remain dangerous and are currently fourth in Ligue 1, four points behind leaders PSG. 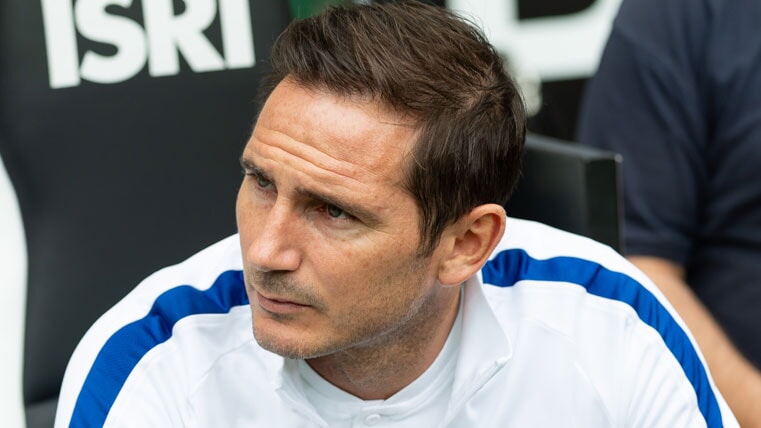 Liverpool lost away at Napoli in the group stage last season and still went on to win this competition, so losing again at San Paolo Stadium should not unduly bother their fans. Yet they face another tricky game on Wednesday night.

Red Bull Salzburg thrashed Genk 6-2 in their opening game. Erling Braut Haland banged in a hat-trick to share the lead in the Golden Boot race with Orsic, and Salzburg had 13 attempts on target, the highest so far in the competition. However, Liverpool are made of far sterner stuff than Genk, so we should be in for a gripping game on Wednesday.

Liverpool are the 2/7 favourites to bounce back with a win over Salzburg. The draw is 5/1 and the Austrian side are 7/1 to pull off a famous upset at Anfield.