Liverpool were crowned champions of Europe on Saturday night after they battled to a 2-0 victory over a jaded Tottenham side. Mohamed Salah fired in from the penalty spot in the second minute following Moussa Sissoko’s bizarre handball and substitute Divock Origi wrapped up victory with a late strike. Both sets of players looked exhausted and it resulted in an unspectacular final, played at a tentative pace and utterly bereft of the fireworks many expected. Yet that will not bother Jurgen Klopp in the slightest as the Liverpool manager was simply overjoyed to finally break his cup final omens. 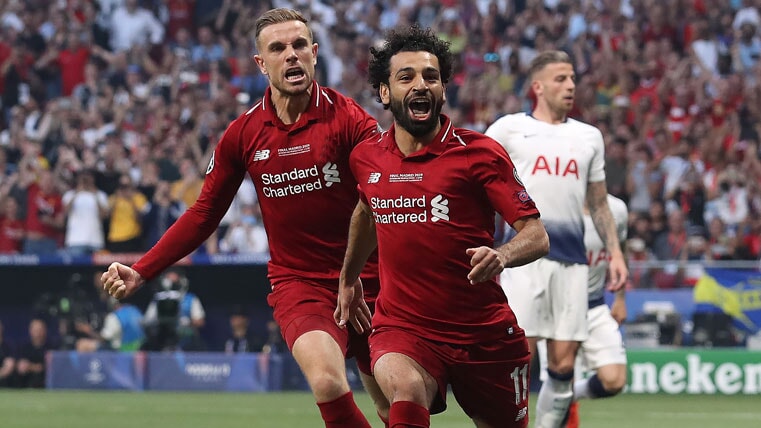 The popular German coach looked like a proud father as he embraced his marauding full-backs, Andy Robertson and Trent Alexander-Arnold, in a bear hug after the final whistle. The relief and joy were palpable as he lifted the famous trophy, surrounded by his grinning team of loyal players. It helped banish the memory of last year’s Champions League final, which Liverpool lost 3-1 after a pair of howlers from young goalkeeper Loris Karius. The Reds immediately went out and broke the world record for a keeper to sign Alisson in the summer, while Karius was shipped out on loan, and the Brazilian stopper was faultless on Saturday night.

Spurs barely got out of second gear during the match, but they mustered several shots on target in the dying stages of the contest, and Alisson was equal to them all. His teammates crowded around him at the final whistle, while fans partied in the streets of Liverpool and Madrid, where the final was held. Some football spread betting fans would have been similarly delighted after Liverpool justified their status as favourites to win the game, but anyone that backed Spurs would be disappointed by Dele Alli, Christian Eriksen, Son Heung-min and Harry Kane, who offered little in the way of attacking thrust.

This was not a classic Champions League final. It promised so much, after the drama and excitement we witnessed in the semi-finals. Liverpool were 3-0 down after their first leg against Barcelona, and then they thrashed Lionel Messi and co 4-0 at Anfield. Spurs were 3-0 down on aggregate at half-time in their second leg against Ajax, but a hat-trick from Lucas Moura sent the Spurs’ troops to the final. This was billed as an advertisement for all that is magnificent about the Premier League, but it was a total anti-climax. 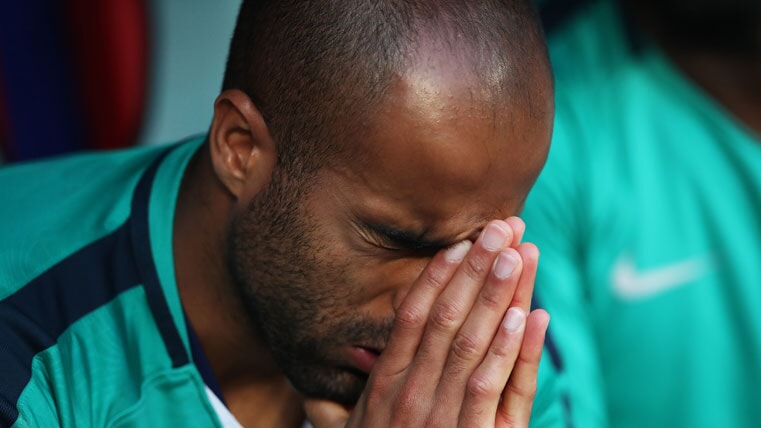 Liverpool fans will not care, while Spurs fans will simply be devastated by the result. They were the better team for most of the game, but they lacked that bit of quality in the final third. Anyone hoping for a thrilling goal fest was left disappointed, as it was a pretty stale match. Our traders set the total goals market at 2.7-2.9 and anyone that sold at the lower price would have been pleased. If you had sold for £100 at 2.7, you would have made a £70 profit, whereas anyone buying at 2.9 would have lost 0.9 times their stake.

Our traders made Liverpool the favourites, but they anticipated a relatively tight match. The Supremacy Market had Liverpool over Tottenham at 0.5-0.7. If you expected a convincing win and bought at 0.7, you would have earned 1.3 times your stake, as Liverpool ended up with a two-goal cushion. Buying for £50 would have made you a profit of £65, whereas anyone selling at 0.5 would have lost £75.

The First Match Goal index was set at 34.5-37.5 minutes. If you anticipated an early goal, you would have sold at 34.5, whereas if you expected it to be goalless until the second half you would have bought at 37.5. Anyone selling at 34.5 for £2 would have made a £65 profit after Salah scored in just the second minute of the game. It was a great moment for the Egyptian forward, who cut such a disconsolate figure after he was forced off the pitch in last year’s final after he was injured in a collision with Real Madrid captain Sergio Ramos. He was calmness personified in such a pressured moment, and he buried the ball straight down the middle of the goal. Anyone that bought at 37.5 would have been cursing Hugo Lloris for not simply standing still. 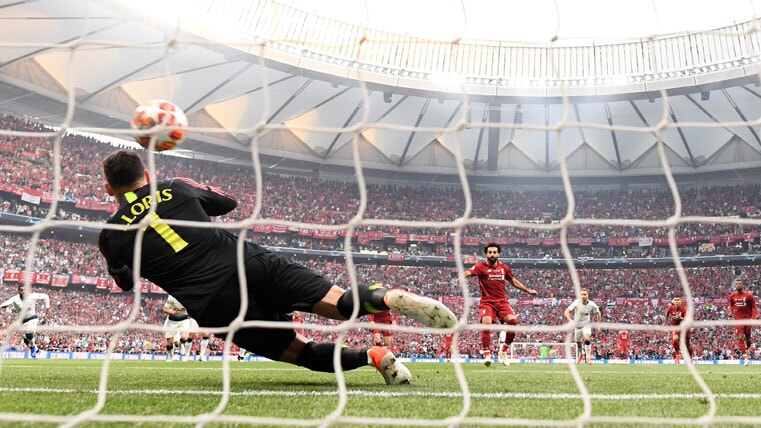 It was also a remarkably clean final and the referee did not feel the need to book a single player. The game was free of bad tackles, scuffles or professional fouls, and that contributed to the dreary experience for neutral fans. Our traders priced up a number of card minutes markets before the game, and anyone selling would have made a considerable profit. The player most likely to get booked was Danny Rose, according to our traders. He had a spread of 23-27 minutes, and anyone that sold would have made 23 times their stake, while anyone that bought would have lost 27 times their stake.

It was not a great final, but the history books will simply remember who triumphed. Liverpool have now won this competition more times than Barcelona and Bayern Munich, and only Real Madrid and Milan have enjoyed more European success than the Reds over the years. They are blessed with a phenomenal group of players and an inspiration coach - who finally won a big European final at the fourth time of asking - so they will certainly be among the favourites to secure further success next season.

You can learn more about football spread betting here if you would like to join in the fun and excitement in future. Now several of these Tottenham and Liverpool players will put their differences aside to represent England in the UEFA Nations League, and there will be some exciting markets on those games.