32 sides have once again been whittled down to 16 as the business end of this year’s Champions League prepares to kick off. The competition has been dominated by the likes of Real Madrid and Liverpool in recent times, however sides like Barcelona, Juventus and Manchester City all have the weight of the world riding on a serious run in the competition.

We were treated to an all English final last year, and our outright Champions League markets have two English clubs at the top of the tree once again. Manchester City are currently out in front as our market favourites at 7/2, marginally ahead of Premier League Champions-elect Liverpool at 9/2, with Barcelona currently ahead of the continental sides at 5/1. Here’s our take on how things stand with every last 16 side and how they’re looking in our latest markets.

Having racked up 198 points across two seasons, romped to a domestic treble last season and played some of the best football the Premier League has ever seen, it seems odd that people are fairly united in saying Pep Guardiola’s Manchester City need a Champions League triumph to call his time in England a success. City topped Group C with four wins and two draws, with their group containing Atalanta, Shakhtar Donetsk and Dinamo Zagreb. It was a group they were expected to top and duly did, scoring the third highest tally of goals across the entire group stage.

Pep had plenty of legendary encounters against Real Madrid as both player and coach of Barcelona, however this clash against Zidane’s Los Blancos looks set to be one for the history books. Our latest fixed odds have City marked down as outright favourites for the competition at 7/2, with an outright spread index priced at 44-47 by our traders.

What more can we say about Liverpool this season? The Reds have practically been Premier League Champions since the middle of October, have only dropped points in one of their league games so far and are sat with the highest xPTS (Expected Points) hauls of any side in Europe’s top five leagues. Jurgen Klopp’s side can also point towards an invaluable level of experience on the continent, having made the Champions League Final in 2018 and then going onto win the competition last year. Liverpool’s first of just two losses this year came during the Champions League campaign however, losing out to current Everton boss Carlo Ancelotti’s Napoli side in September, their sole loss on their way to top spot in Group E. 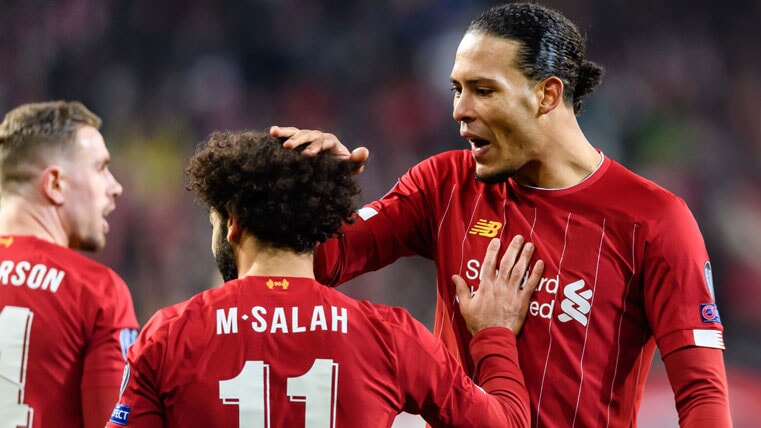 In what will go down as a truly legendary season for Reds fans, Liverpool come into the last 16 of the Champions League as second favourites with odds of 9/2. Our traders have priced the Reds with an outright index of 43-46.

They might be the third highest favourite in our fixed odds and the leading favourite of any side outside of England, however things are not all rosy at the Camp Nou. Having won the competition three times between 2009 and 2015, the club have been starved of success in Europe ever since. Despite Lionel Messi’s promises, Barcelona have become known for their horrific collapses in the knockout rounds of this competition, dropping three goal leads against Roma and Liverpool in 2018 and 2019.

Quique Setien’s new side have a huge amount of expectation on them, but should be quietly pleased with their outright odds of 5/1 in our latest fixed markets. Our latest spreads have offered Barca an outright index of 42-45.

With the weight of an entire country behind them and absolute superstars at their disposal, it feels like PSG have been the sleeping giant of the Champions League for several years now. The French giants have once again romped to the top of Ligue 1, having won 20 of their first 24 games. The addition of the likes of Mauro Icardi and the continued impressive rise of Kylian Mbappe has really brought about a far more brutal way of attacking for the Parisians; PSG have scored 63 goals in Ligue 1 so far, 30 more than their closest rival, and their impressive xG (Expected Goals) of just -0.46 better than their actual goals scored, showcasing their ruthlessness in front of goal.

PSG haven’t managed to get past the Round of 16 since 2015, but still emerge as one of the leading favourites in our markets at 7/1. PSG are another side that have all their eyes on the Champions League this year and are boasting an outright index of 40-43.

Juventus have been champions of Italy every year since 2012, however they haven’t had their hands on the European trophy since 1996. The Old Lady were drawn into a fairly tough group containing Lokomotiv Moscow, Bayer Leverkusen and Atletico Madrid, but went on to top their table with 5 wins and just 1 draw. Their 4 goals conceded was the joint-second best of any side in the competition, however we cannot talk about Juventus’ Champions League credentials without mentioning Cristiano Ronaldo. The legendary Portuguese striker has returned to his absolute best this year, racking up 20 goals in 20 games in the league with an impressive xG haul of -4.57 goals better than what he should have scored.

Having last made a Champions League Final in 2017, this year could mark the final chance for the likes of Gonzalo Higuain, Gianluigi Buffon, Giorgio Chiellini, Leonardo Bonucci and Ronaldo himself to taste some serious continental success. Our traders have given them outright odds of 11/1 and an outright index of 41-44.

Zinedine Zidane has more than a few good memories of the Champions League as a player, but his reasonably short time as a coach has already led to three consecutive Champions League triumphs between 2016 and 2018. Los Blancos look set to be locked in a thrilling title race this season with Barcelona and finished second in Group A, behind PSG but ahead of Club Brugge and Galatasaray. The key to Madrid’s good form has been their superb defence, currently sitting with just 14 goals conceded in the league at an xGA (Expected Goals Against) of +6.61 fewer goals than we would have expected to see them concede. 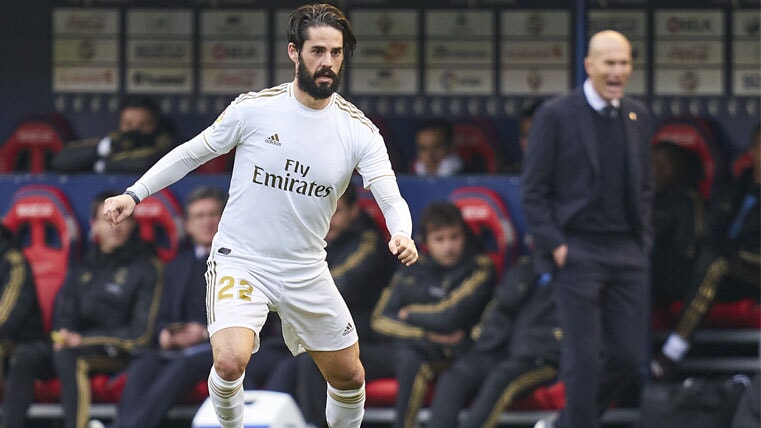 They might have had an embarrassing campaign last year, but Real Madrid look to be getting back to their best this year. We have outright odds on Los Blancos lifting another Champions League trophy at 16/1 and with an outright index of 21-24.

A dramatic draw in Greece against Olympiacos and that diabolical 2-7 loss against Bayern Munich in the Champions League played a big role in the replacement of Mauricio Pochettino with Jose Mourinho in North London, and the Portuguese manager has helped guide Spurs into the top 10 favourites to lift the trophy. Last year’s runners-up overcame competition from Olympiacos and Red Star Belgrade to book a place in the last 16, however they’re still coming into the knockout round of fixtures 6th in the Premier League, with just 2 wins in their past 6 games.

Coming up against a tough opponent in Julian Nagelsmann’s RB Leipzig, Spurs might find themselves relying on Jose Mourinho’s European pedigree. We have odds on them winning the Champions League at 20/1, with our latest Champions League outright spread giving them an index of 21-24.

Los Rojiblancos have become known under Diego Simeone as being the likeable best of the rest in Spanish football. This season however has been a tough slog so far for Atletico, playing some of the most inconsistent football seen under the legendary Simeone, with the club’s strikeforce most notably underperforming. Atletico have only scored 23 goals in their 23 games, 32 fewer than league leaders Barcelona, and their xG haul of +12.95 goals fewer than what they have actually scored is by far the worst in the entire division.

Simeone might have his work cut out this year, but he has shown plenty of times that he knows how to grind out a result in this competition. You can find outright odds on Atletico to win the Champions League at 33/1, with an outright index of 18-21.

Chelsea are back amongst Europe’s elite this season and managed to scrape through a tough group containing Lille, Ajax and Valencia. Somehow, Frank Lampard’s side are still nestled in the top four of the Premier League, though only by a two point margin as things stand. The Blues have scored +6.00 goals fewer than we would have expected them to score, they’ve conceded -6.27 goals more than they should have done and are currently sat with +6.25 points fewer on the whole than we would expect of them in the league. 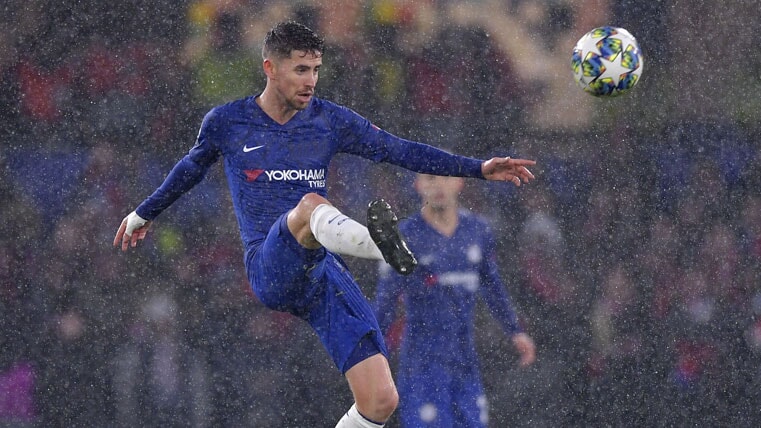 Bayern Munich will give Frank Lampard’s side one of the biggest tests of their season, however they still creep into our top 10 favourites for a Champions League triumph at 40/1 in our latest football markets. They’re also priced with an index of just 14-17 in our Champions League outright index.

Who do you think will triumph in this year’s Champions League? Be sure to check out our leading Champions League spreads and top football odds ahead of the last 16 ties.