The Champions League group stage gets underway on Tuesday and there are some exciting games for fans to look forward to. Defending champions Liverpool begin their European campaign with a tricky away tie against Napoli, while Chelsea host Valencia at Stamford Bridge.

Man City and Spurs are both in action on Wednesday evening, and there are some massive games between European heavyweights to look out for. The pick of the fixtures has to be PSG v Real Madrid, but Borussia Dortmund v Barcelona also should be a cracker.

Who is Favourite to win the Champions League?

Man City are the favourites in the Champions League outright odds. They have won the Premier League in record-breaking fashion for the past two seasons, but they are yet to really leave their mark on the Champions League. They lost to Liverpool in the quarter-finals two seasons ago, and crashed out at the hands of Tottenham at the same stage last term. Manager Pep Guardiola insists that the Premier League is his priority, but his team are still the 10/3 favourites in the Champions League outright odds, followed by Barcelona at 5/1, Liverpool at 13/2 and Real Madrid at 9/1.

Which Group is This Season's 'Group of Death'?

It has to be Group F, which features Barcelona, Borussia Dortmund, Inter Milan and Slavia Prague. The Czech side should be the whipping boys of the group, but Barca are always strong, Borussia Dortmund have made a flying start to the new season and Inter are ambitious after bringing in Antonio Conte and the likes of Romelu Lukaku in the summer.

Elsewhere, the overall level of quality in Group G - which features RB Leipzig, Lyon, Benfica and Zenit St Petersburg - is much lower, but it looks like an evenly matched group, with no standout contender.

What are the Chances of all Four Premier League Teams Progressing?

Last season all four English clubs made it through to the quarter-finals and the final was an all-Premier League affair as Liverpool beat Spurs. Our traders believe there is an excellent chance of all four teams reaching the knockout stage this time around: Liverpool are 1/2 favourites to win their group, Man City are just 1/7 to top Group C, Spurs are 6/4 second favourites to win Group B and Chelsea are 10/11 favourites to top a group that also features Valencia, Ajax and Lille.

Dortmund have scored 13 goals in four games so far this season and sit second in the Bundesliga. Aside from a shock defeat to Union Berlin, they have looked excellent. They leak goals, but going forwards they are a joy to behold. The same is true of Barcelona, who are yet to keep a clean sheet, but have banged in 12 goals in their opening four matches. This one should be a really entertaining spectacle. 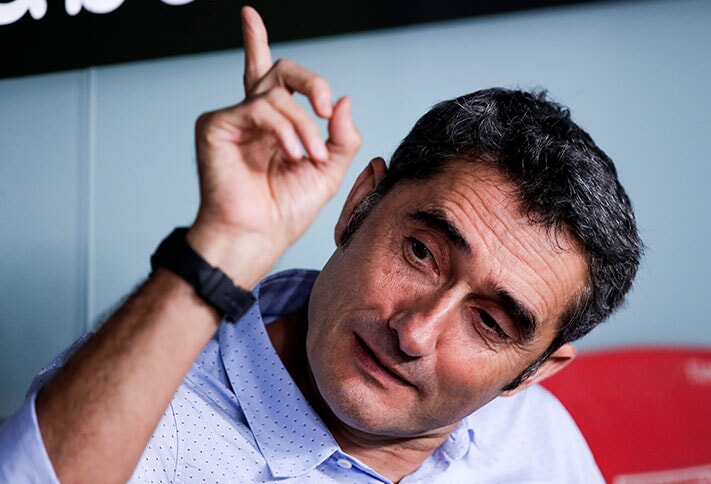 Over 3.5 goals is priced at 5/4 in this game, while the total goal index is 3.1-3.5 in the Champions League spreads. Our traders expect a tight game, as Barcelona have a narrow 0.05-5.25 Match Supremacy spread over Dortmund. Ernesto Valverde's men are priced at 11/8 to win this game, while Dortmund are 15/8 outsiders.

The Blues thrashed Wolves 5-2 on Saturday and that should give them a great deal of confidence ahead of this game. They have not yet kept a clean sheet this season, but they are scoring goals for fun right now. Valencia inexplicably sacked successful coach Marcelino last week and then proceeded to lose 5-2 to Barcelona.

Both teams to score is 5/6 in this game, and over 2.5 goals is even money which is likely to be a popular option, due to Chelsea's recent habit of scoring and conceding goals in the Premier League.

These teams were drawn in the same group last season. It finished 1-0 to Napoli in Italy, and then Liverpool gained revenge with a 1-0 victory at Anfield.

Coincidently Liverpool only made it through last season's group on goal difference, at the expense of Napoli. Liverpool of course then went on to lift the Champions League.

Liverpool have made a superb start to the Premier League season, winning all five games and beating Chelsea to the Super Cup. Napoli have two wins from three, but they did lose at Juventus before the international break. 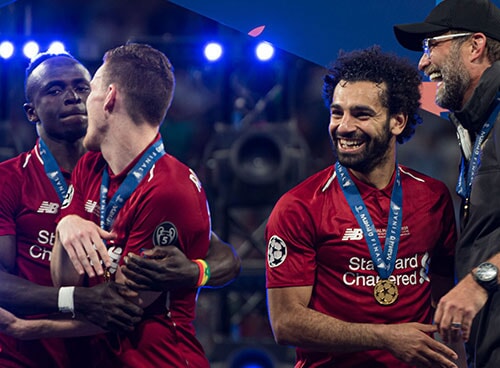 Liverpool are the 5/4 favourites to pick up an away win in this game, while you can find 5/2 on the draw and 2/1 on Napoli. The total goals market is 2.85-3.05 in the Champions League spreads, so our traders are anticipating a more exciting game than the clashes between these teams last season.

Olympiakos are in outrageously good form right now in Greece. They have played nine games so far this season, and they have conceded just one goal. They began the season with a 0-0 draw against Viktoria Plzen, and then have since won eight games in a row.

Yet Spurs, runners-up in this competition last season, will offer a far sterner challenge than the opposition they have previously faced. They returned to winning ways with a 4-0 triumph over Crystal Palace on Saturday.

Brazilian superstar Neymar failed to engineer a move to Real Madrid this summer, and he returned to the PSG team on Saturday. He was booed throughout the match but ended up scoring a stunning overhead kick in injury time to hand his team a 1-0 victory over Strasbourg. Kylian Mbappe is out, and former Stoke man Eric-Maxim Choupo-Moting partnered Neymar up front last time out. Mauro Icardi is available and he will be hoping to get the nod on Wednesday.

Real Madrid's Eden Hazard has shaken off an injury he picked up in preseason and made his long-awaited debut in a 3-2 win over Levante at the weekend. There will be plenty of superstars on the pitch for this game, and interest will be high across Europe and football fans around the world. 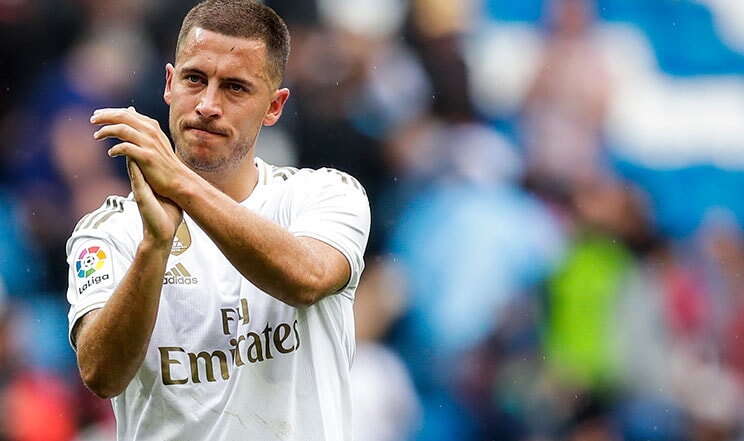 Our traders make PSG the favourites for this game, priced at 6/5. The draw is 5/2 and Real Madrid - champions of Europe three times in a row between 2016 and 2018 - are the 9/4 outsiders. You can find 3-3.2 in the total goals spread, so the traders anticipate a pretty high-scoring game.

Man City have been drawn in the same Champions League group as Shakhtar for three seasons in a row now. They beat the Ukrainian side at The Etihad in 2017, but then suffered a shock defeat on the road that year. However, they had already qualified for the knockout stage at that point, so there was no incentive on them to secure a result. They beat Shakhtar 6-0 at home and 3-0 away last season. Man City boss Pep Guardiola will demand a reaction from his players after their surprise 3-2 loss at Carrow Road on Saturday. Shakhtar have won all seven domestic games so far this season, but they could be in for a torrid evening against City's world-class forwards.