Cancellations in Cricket: Can We Beat The Weather?

Cricket fans were overjoyed when their beloved sport returned to action this summer following a four-month hiatus caused by the global pandemic. They were giddy with excitement as they gathered around screens to watch England take on the West Indies in the first Test at the Rose Bowl. However, they were ultimately left disappointed as the heavens opened and the grand restart turned into a washout.

The covers did not come off until the afternoon and the first ball was not delivered until 2.05pm. Persistent rain wrought havoc upon proceedings and viewers could only watch 17.4 overs in total throughout the entire day. That set the tone for a frustrating summer for England cricket fans.

They ultimately lost the opening Test, despite 26.3 overs of play being lost on day 2 due to bad light. Day three of the second Test was completely wiped out due to rain, but England picked up a scintillating victory by declaring at just 129-3 in the second innings. They won again in the third Test, despite missing another full day due to rain, clinching a 2-1 series win.

Yet the rain proved to be England’s nemesis once again when they welcomed Pakistan for the next series, starting on August 5. Rain and bad light caused the loss of 41 overs of play on the opening day of the first Test, which Joe Root’s men ultimately won. The second Test was a total washout due to rain, and it was declared a draw.

England then managed to reach 538/8 before declaring in the third Test, and they were overwhelming favourites in the cricket odds and cricket spread betting, but they were robbed of a certain victory when the heavens opened yet again, forcing them to settle for another draw. The first T20 was recorded as a no result due to rain, capping an exasperating summer for players and fans alike. The only certainties in life are death, taxes and a rain-plagued Great British summer, but foul weather also afflicts cricketing nations across the world, so what can be done to prevent this level of frustration in future?

Should Cricket Chiefs Invest in Roofs?

The most obvious way to prevent rain affecting play would be to construct retractable roofs over cricket grounds. This technology has worked extremely well at Wimbledon, with roofs over Centre Court and Court One rendering long delays a thing of the past. However, those roofs cost a total of £170 million, and it could be more expensive now due to inflation.

It is also much easier to build a retractable roof over a tennis court than it is over a cricket ground. Most cricket grounds have different-sized stands, so it would require a sweeping redesign. They are a lot bigger than tennis courts, so the costs would skyrocket. 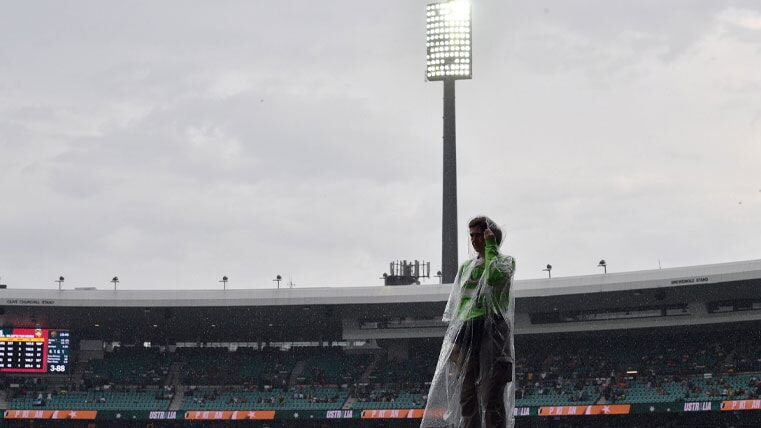 It would be totally unfeasible to build roofs over all the major cricket grounds in England. However, it might be possible to have one or two, and the action could be shifted to a ground with a roof if the forecast looks particularly grim. A trial roof at the Millennium Stadium in Cardiff led to the boundaries becoming too small. There is also the issue of what to do if the ball hits the roof, as some believe it should count as a six, and others believe the ball should be called dead.

One interesting proposal would see a fine, transparent mesh held up over the ground. The mesh would be tied to wires suspended from floodlights, and a hot air balloon would lift it into the air from the middle, creating a tent-like effect. This technology was first discussed in 2017 and it was said to be two years away from coming to fruition, but it is yet to materialise. It is thought that there would be challenges in the event of high winds, while the destination of run-off water would prove to be another conundrum.

Taking a Leaf out of Sri Lanka’s Book

There is something fascinating about watching dozens of Sri Lankan officials spring onto the field with a giant tarpaulin at the first sign of rain. The operation is organised with military precision, which is understandable in a country that features frequent deluges during monsoon season.

It does not prevent the issue of rain delays, but it does mean that the action can theoretically resume quicker when the downpours stop, resulting in fewer overs being lost. It prevents large wet patches forming on the outfield, and it means that matches can be resumed within an hour or less.

Novel Suggestions to Combat the Rain

Creative types have put forth all manner of intriguing suggestions to solve the problem of rain in recent years. Many sound as if they were plucked from the pages of a sci-fi novel. One particularly novel solution involves using cloud seeding technology to manipulate the weather.

It can theoretically be used to guarantee that rain would not fall on a particular area over a certain period of time. This is an extremely expensive process – it has been estimated at around £800,000 per match – and it also means the rain would be diverted elsewhere, which might upset people when they are caught in downpours in order protect a cricket match taking place in a different area.

The Possibility of Reserve Days

“We put men on the moon, so why can't we have a reserve day?” asked Bangladesh coach Steve Rhodes after his side's match against Sri Lanka was abandoned. It is a pretty reasonable request. That might not be particularly feasible during a tournament like a World Cup, but setting aside a reserve day or two for Test matches might be a welcome development. Virat Kohli is among the luminaries to join Rhodes in calling for reserve days, and that debate looks set to rage on.

Ultimately, many fans do not want to lose the effect that changing weather has on play, despite the frustrating delays it causes. Cloud cover, wind direction impacting upon swing and spinners benefitting from a parched pitch are all part and parcel of the game. That could be lost if the authorities employ measures like cloud seeding or roofs, but reserve days would just prolong the action and save limited-overs matches, so this appears to be the simplest solution.