Several sporting superstars exceeded expectations by producing displays of individual and collective brilliance during the month of December. These are the results that really caught us by surprise:

Kane is Able to Destroy the Opposition

New Zealand captain Kane Williamson put the West Indies to the sword with a scintillating performance in the first Test at Seddon Park on 2nd December. The Windies won the toss and opted to bowl, which turned out to be a disastrous decision. The Black Caps were already in a strong position when Williamson entered the fray, and he remained at the crease for more than 10 hours as he put up a score of 251.

Williamson faced 412 balls during his epic innings, and hit 34 fours and two sixes, with a strike rate of 60.92. New Zealand ended up declaring at 519/7, before bowling the Windies out for 138, forcing a following on and removing the opposition for 247 to secure victory by an innings and 134 runs. Our pre-match spread for Williamson was 53-58 runs in the first innings, and he actually managed 251, which is a variance of 193.

A Thriller in Nashville

The Cleveland Browns and the Tennessee Titans served up a thrilling clash at the Nissan Stadium in Nashville on 6th December. The Browns raced into a 38-7 lead at half-time, but Tennessee mounted a stirring comeback in the third quarter to make it 41-21. The Titans continued to apply the pressure in the final quarter and eventually pulled it back to 41-35, but the Browns managed to hold on for a nervy victory.

It would prove crucial, as they finished third in the AFC North, but seized a wildcard spot, while the Titans still went on to win the AFC South. Before the game, we pitched the Touchdown Shirt Numbers spread at 260-280, but the final result was actually a 562. There were touchdowns for Corey Davis, who wears number 84, MyCole Pruitt (number 85) and Jarvis Landry (80), which helped boost the total. We also offered a Performance Index of 74-82 on Davis, but the result was 236 after he had a great game, leading to a variance of 125.

A superb display of attacking quality helped Clermont Auvergne secure victory over Bristol in a high-scoring Champions Cup clash at Ashton Gate on December 14th. Kotaro Matsushima crossed for three tries for the visitors, while Apisai Naqalevu and Damian Penaud each added two more. Number 8 Fritz Lee also scored a try and Camille Lopez adding two penalties and five conversions in a bonus-point 51-38 win. Bristol scored five tries themselves, but it was not enough to clinch victory in an entertaining game, and the final result went well over the pre-match Total Points Index. 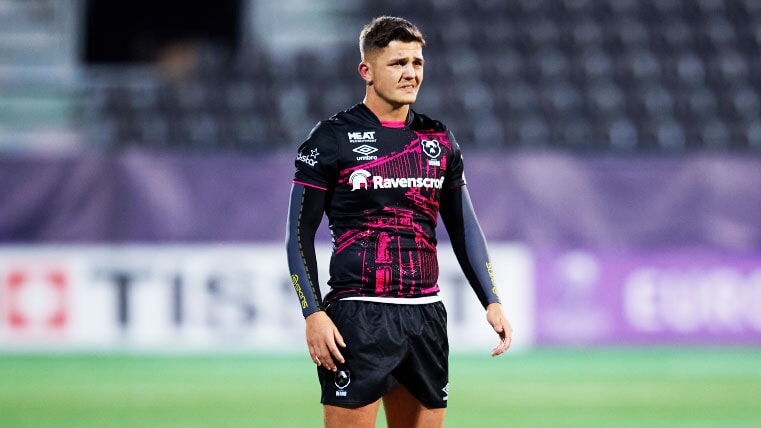 This was the biggest discrepancy we witnessed during the month of December. The Miami Hurricanes welcomed the North Carolina Tar Heels to the Hard Rock Stadium for an eagerly anticipated clash on December 12th. We set the Multi Points Points Index – calculated by multiplying the total first-half points by the total second-half points – at 278-308, but we totally underestimated how strong North Carolina would be.

Michael Carter and Javonte Williams set a UNC record by combining for 544 rushing yards in an emphatic 62-26 win. Carter ran for 308 yards and two touchdowns, while Williams had 236 yards and three touchdowns for the Tar Heels. North Carolina coach Mack Brown called it “remarkable”, and opposite number said it was “humiliating”. The result was 952, well above the buy price of 308.

Running back Jonathan Taylor led the Indianapolis Colts to victory over the Las Vegas Raiders in a high-scoring game in Sin City on December 13th. Taylor rushed for 150 yards and carried over for two touchdowns, while QB Philip Rivers twice threw to T.Y. Hilton for TDs. It ended up 44-27 to the Colts, and the Raiders fired defensive coordinator Paul Guenther in response. Our pre-game Touchdown Yardage spread was 89-99, and the result was a much higher 236.

We offer an exciting horse racing market whereby you can predict the cumulative starting prices of each winner at a particular meeting. If you think favourites will dominate, you can sell at the lower end of the spread. If you think long shots will thrive, you can buy at the top end. We pitched it at 64-67 at Kempton on December 14th, but wins for Iesha (80/1), Amnaa (40/1) and Gloucestershire (22/1) pushed the total to 172.

Lamar Jackson was back to his brilliant best in the Baltimore Ravens’ 47-42 win against the Browns. Last year’s NFL MVP carried the ball for 124 yards and managed two rushing touchdowns, while he also threw for 163 yards and a touchdown to inspire his team to victory. The Ravens led throughout, but a late flurry from Cleveland almost turned things around. Baker Mayfield threw for 343 yards and two touchdowns in an absorbing game between two strong teams. The Multi Points result was 546, which was well above the buy price of 160.

Our Favourites Index is another exciting option if you think favourites will either struggle or flourish at a particular meeting. In this market, each favourite that wins is awarded 25 points, and they get 10 points for finishing second and 5 points for finishing third. A favourite that finishes outside the top three is not awarded any points. The favourites absolutely dominated proceedings at Wolverhampton on December 19th, with seven wins from nine races to leave a result of 175.