Some of the finest stayers in the business will vie for fame and fortune in the Ebor Handicap at York on Saturday. The race cemented its status as the richest flat handicap in Europe when the prize money soared to £1 million last year. The pool has been cut to £750,000 this time around due to the global pandemic, but it remains an extremely prestigious race. We can expect an exciting battle between several star stayers, and these are the winner trends to bear in mind:

The favourite has not managed to clinch victory in the Ebor Handicap since 7/2 shot Purple Moon won by a length in 2007. Since 1995, just two favourites have won this famous race: Tuning in 1998 and Purple Moon nine years later. We have seen plenty of long shots prevail, including 100/1 outsider Mudawin in 2006, 33/1 underdog Litigant in 2015, and 25/1 shots Hugs Dancer, All the Good and Sesenta. Last year, 16/1 outsider Mustajeer won the first £1 million edition of the Ebor, finishing three-quarters of a length clear of another 16/1 chance, Red Galileo, with Desert Syline (25/1) third and Raymond Tusk (16/1) fourth. Muntahaa won at 11/1 in 2018, highlighting the wide-open nature of this famous handicap. Ten of the last 18 handicaps have finished outside the places, and the average winning starting price this century is 21/1.

Jamie Spencer has been the most successful jockey over the past 20 years at the Ebor Stakes, with two wins and eight places from 15 rides. His victories came aboard Purple Moon in 2007 and Dirar in 2010, so he will be keen to return to winning ways on Saturday. The former champion jockey was cleared for a return to action last month after breaking his hip in a freak accident. The second most successful jockey is Sporting Index brand ambassador, Frankie Dettori who provides regular insights for our community of horse racing fans. He has a win and three places from 11 rides but unfortunately misses York this week. While Jim Crowley and Tom Queally both have a win and a place apiece. Another rider to look out for is John Egan, who has a win and three places from just four rides in the Ebor. 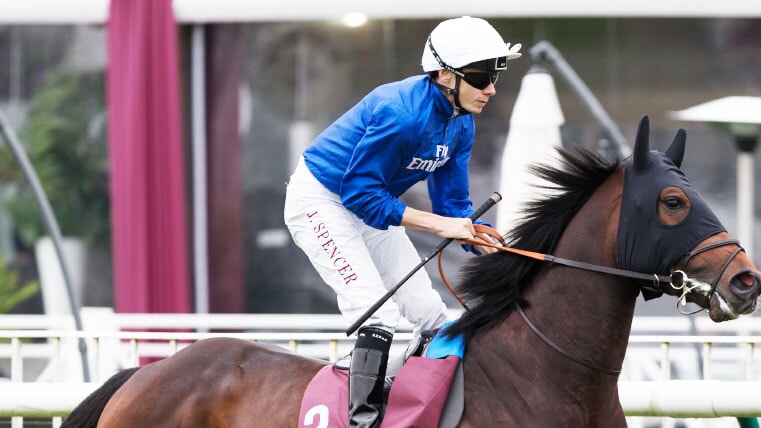 The most successful trainer over the past two decades is Godolphin’s Saeed bin Suroor, who has secured two wins and five places from 14 runners. His two winners were All The Good in 2008 and Willing Foe in 2012. Willie Mullins is normally renowned for his prowess within the National Hunt scene, but he is among the second most successful trainers at the Ebor since the turn of the century, with a win and two places from 11 runners. Amanda Perrett, Brian Ellison, John Gosden and Aidan O’Brien have enjoyed success, but some famous trainers have struggled. Mark Johnston is winless over the past 20 years, despite having 21 runners in the Ebor, while Sir Michael Stoute and Hughie Morrison have failed to secure a winner after sending several talented runners – 15 for Stoute and 11 for Morrison – to the race.

Seventeen of the last 18 winners at the Ebor Handicap carried 9-05 or less. The exception was 2018 winner Muntahaa, who was assigned a weight of 9-09 and still prevailed for Gosden and Crowley. The only winner to carry a higher weight in the modern era was 1979 champion Sea Pigeon with 10-00. Star trainer Jonjo O’Neill was the jockey aboard Sea Pigeon that day. Seventeen of the last 18 winners were also aged 6 or younger. The handicap is open to runners aged four and above, so the 4-6 age bracket has been the sweet spot. The one exception was 33/1 winner Litigant, who secured victory in 2015. There were several three-year-old winners in the 1990s, but they are no longer able to enter the race. Three of the last four winners have been aged six – Mustajeer, Nakeeta and Heartbreak City. The last four-year-old to win was Tiger Cliff in 2013. Five of the last 11 winners have been Irish-trained.

Nineteen of the last 20 winners had between one and four career wins on turf. All 20 had won a race that featured a field of eight or more runners, and all 20 had placed within their last three starts. Just one of the last 20 winners had ever been beaten by more than 13 lengths. Seventeen of the last 20 had won a race in their last five starts. Course form has not been particularly important, as just half of the past 18 winners had run at York before. Five of the last 18 winners had secured victory in their previous race. Many of the past winners ran at Ascot, Goodwood or Galway last time out, but the season has been disrupted by the pandemic this year, causing several meetings to move.

The Luck of the Draw

Fourteen of the last 18 winners have been drawn in stall 10 or higher. Three-quarters of the winners in the past two decades have come from stall 14 or higher, so punters will pay attention to the stall draw when the Ebor Handicap rolls around this weekend.

The race is open to both male and female runners, and 19 of the past 20 winners have been male. However, it is worth noting that the course record is held by a filly, Turing. The Henry Cecil-trained stayer who romped home in 2:51.89 back in 1998. The 2008 winner All the Good and 2019 winner Mustajeer have come the closest to breaking Tuning’s record, although All the Good’s victory came at Newbury, as York was being renovated.

Who Could Win The 2020 Ebor Handicap?

A superstar field will assemble for the Ebor Handicap at York on Saturday. Some longer shots like Caravan of Hope and Raymond Tusk fall into the correct age range and have wins under their belts in races that featured a field of eight or more runners, but it will be a fiercely competitive race and you cannot write anyone off.

Grab a slice of The Ebor action this week at Sporting Index with a whole host of horse racing odds and horse racing spread betting markets up for grabs.

The opening rounds of the Bob Willis Trophy have thrown up plenty of drama-filled moments for cricket bettors...
Read more