England’s chances of reaching the World Cup semi-finals are teetering on a knife-edge after they slumped to defeat against Australia on Tuesday. That made it three defeats out of seven games for Eoin Morgan’s men and their situation now looks extremely precarious. They have just two matches remaining and they might need to win both in order to scrape through to the semis.

However, those matches are against India and New Zealand. Both of those teams remain unbeaten in the tournament, while England have not managed to beat either of them at the World Cup since 1992. They are staring down the barrel of an early elimination, and it is time for their underperforming stars to deliver on the biggest stage of all. If they cannot raise their game, a tournament that held so much promise will end in total acrimony. England need new heroes to rise to the fore and they will have to finally live up to their status as the world’s number one ODI team if they are to get the better of Virat Kohli’s side at Edgbaston on Sunday. 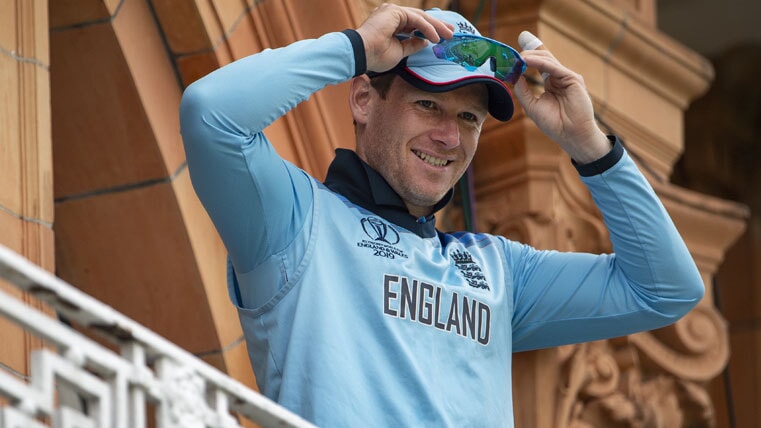 What did we Learn from the Australia Defeat?

England did well to restrict the Aussies to 285-7 after a Finch century led his team to a formidable 173-1. A confident, organised side would have chased that total down, but nerves have taken hold of this England team at precisely the worst time. They missed injured opener Jason Roy once again. His replacement, James Vince, lasted just two balls before he was removed for a duck, sparking social media mocking aplenty. Morgan edged a hook in needless fashion, Jonny Bairstow surrendered his wicket cheaply and Jos Buttler flicked Marcus Stoinis behind square without enough power on the ball.

Buttler is symbolic of a batting line-up that has failed to live up to the hype. He is yet to deliver a match-winning knock and he has been found wanting in big matches, while mistakes with the gloves are creeping in. England have frozen, unable to read the game. Their commitment to attacking the ball has been their undoing, as they have failed to protect wickets against world-class bowlers launching new balls at them. We learned that this one-dimensional England team needs a Plan B, and that they cannot allow their nerves to get the better of them in important matches or it really will be curtains for Eoin Morgan’s men.

What has Gone Wrong for England Recently?

A semi-final appearance was deemed the bare minimum for this England team at the World Cup. They have been top of the world rankings for more than a year and they are playing on home soil in favourable conditions. The round robin format is clearly designed to help the big teams ease through to the final four, allowing for a couple of rogue defeats along the way. But England are now flirting with disaster and much of it has to do with mental fragility.

They won 12 of their previous 14 ODIs against Australia, but Finch’s team know how to get the job done in pressured situations. England’s excuses look flimsy. They have missed Roy, and Vince has been a disaster. Alex Hales might have been a better choice, but he was rightly axed for failing recreational drugs tests and letting his team down. One injury should not be enough to derail supposedly the best team in the world. Some may suggest the inclusion of Jofra Archer over David Willey disrupted the harmony of the dressing room, but Archer has been England’s best bowler.

The real problem is surrendering wickets too cheaply. England have not been presented with one unachievable run chase in this tournament, but they have slumped to shock defeats against Pakistan and Sri Lanka, and they were similarly detached, flaky and brainless against Australia. They annihilated all three teams in the build-up to the tournament, but they have thus far flopped on the big stage and they desperately need to discover a greater depth of mental fortitude, while approaching games in a more strategic fashion and playing defensively at times. 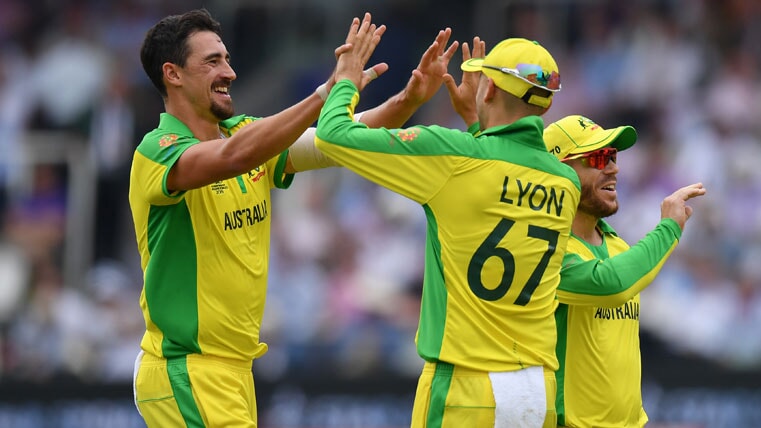 Can England Still Make the Semi-Finals?

England can still make it to the semi-finals, but much depends on the results of the teams below them. Bangladesh, Sri Lanka and Pakistan can all leapfrog Morgan’s men, who have little margin for error remaining. Their saving grace could come from India and New Zealand taking a foot off the pedal somewhat. Both teams are all but certain to follow Australia into the semi-finals, leaving England vying with Bangladesh, Sri Lanka and Pakistan for fourth place in the table. India and New Zealand could start to take it easy as the pressure is off. On the flipside, they know that beating England could lead to a major rival being eliminated before the knockout stage of the tournament.

If England can win both, they will guarantee qualification as their net run rate is superior to that of their rivals. That would leave them with six wins out of nine, which is not so disastrous, but it is a big if. They could scrape through with just one win, but their destiny would be out of their own hands and they would be reliant on other teams’ results going their way. If England are to make the semi-finals, they need to rediscover the form that took them to the top of the world rankings and saw them blow away the opposition with ease on a regular basis. They need to play smarter cricket and give the home fans something to cheer about. England are now lagging well behind India, Australia and New Zealand in the cricket spread betting market on the tournament winner and supporters will hope for a drastic improvement.

Who Needs to Step up for England?

Ben Stokes and Archer are the only England players that can hold their heads high right now. Stokes is a wonderful cricketer and he was holding the fort alone in back-to-back defeats to Sri Lanka and Australia. Archer has brought pace and excitement to the England attack, justifying his inclusion emphatically. Yet every other member of this team needs to take a good, long look at themselves. Calls to drop Vince are growing deafening. Roy cannot come back soon enough, and even someone like Moeen Ali opening would be an improvement.

Morgan needs to deliver a captain’s performance against stronger opposition than Afghanistan. Bairstow needs to stop making bad decisions and deliver on his reputation as one of the world’s finest openers. Buttler, who was guilty of a terrible missed stumping, needs to show up. Joe Root has not been too bad, but he looked uncharacteristically insecure against Australia and, like many, he needs to become mentally stronger. You would expect more from Ali too. 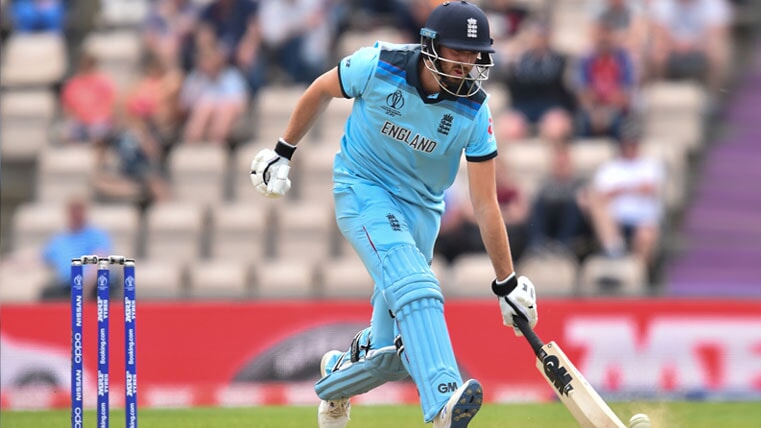 Will Jason Roy be Fit to Face India?

That is the million-dollar question. He was expected to return in time to face Australia, but he remained sidelined. England are supposedly optimistic he will be back in time to take on Kohli’s men, and that would give the team a real boost. It would be great to see him put up a strong opening partnership with Bairstow and instil a bit of confidence in the team. Yet he cannot be rushed back, as that could backfire spectacularly in such a crunch game, so England fans will just have to cross their fingers and hope he makes a full recovery.

How Have India Fared in the World Cup so far?

Unbeaten India have been the best team at the World Cup so far, with four wins and a no result from five matches. They opened their campaign with a six-wicket demolition of South Africa and followed it up with a 36-run victory over in-form Australia. Their match against New Zealand was abandoned without a ball being bowled due to bad weather. The biggest match for them was against Pakistan, and they roared to an 89-run triumph. They looked a little shaky last time out against an unheralded Afghanistan side, but they ultimately edged the game to preserve their impeccable start to the tournament. 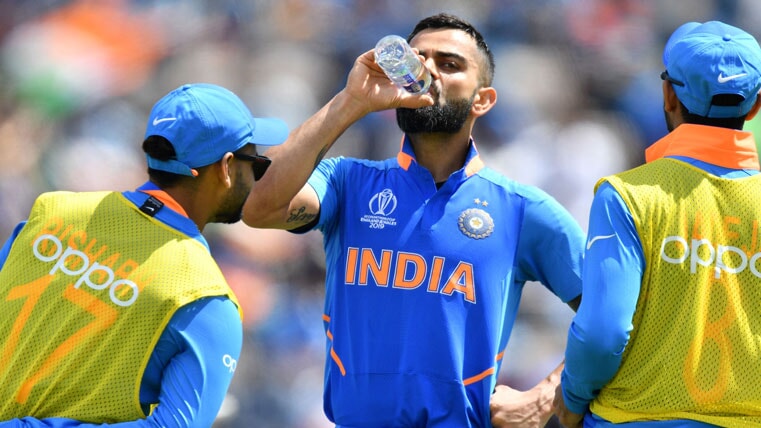 Who are India's Danger men?

Kohli is the biggest star in world cricket and the likes of Rohit Sharma and MS Dhoni brings bags of vital experience. In fact, India are the most experienced team at this World Cup and that could prove crucial in their bid for success. India are now joint favourites to win the tournament in the World Cup cricket spreads 100-50-0 index along with Australia. They have suffered a major injury blow as Shikhar Dhawan, who put Australia to the sword with a magnificent 117, was ruled out with a thumb injury, but the depth of talent at Kohli’s disposal is immense. Jasprit Bumrah leads a superb attack, and England will have to be at their very best in order to prevail in this huge match.

These are nervy times for England fans and it is extremely exciting for the neutrals. Cricket spread betting offers the perfect opportunity to ramp up the thrill of watching these electrifying 50-over clashes. You are presented with a huge range of spreads to choose from, including Match Supremacy and the 100-50-0 markets if you think you know which team will win. You can speculate on how well certain players will perform, or pit your wits against our traders regarding how many sixes there will be or how many total runs. The possibilities are vast and excitement is guaranteed.