Nearly two months after it was supposed to initially kick off, cricket has finally returned. And the sight of questionable umpire decisions, top order England collapses and some early July weather delays went a long way in ensuring every fan felt like it had never been away.

For Joe Root, who missed the first test match on paternity leave, there are a few things he would have taken from England’s four wicket defeat that he’ll be looking to bring into the second test on the 16th of July.

It’s hard to remember a time where England had a continued run of smart, confident batting and, sadly for Joe Root, it looks like he’s returning back to a side still plagued by failed starts, silly dismissals and question marks hanging over most of his players.

Arguably nobody had a bigger question mark over their head than Joe Denly heading into the first test, and no one is looking more likely to be dropped than the Kent number four. The mystery of Joe Denly and his continued selection in all three forms of the game over the past eighteen months or so has to be regarded as one of the biggest head-scratchers in ECB history. At 34 years of age and playing during the middle of a resurgence of young English talent, it’s just hard seeing what Ed Smith and the selectors are trying to pull with Denly.

Whilst the likes of Rory Burns, Dom Sibley and Zak Crawley have all impressed more, and all performed pretty admirably in comparison to the rest of the England lineup, Denly’s second innings dismissal 29 from 70 balls marked the eighth consecutive occasion the Kent batsman hadn’t reached 40.

A steady and stoic figure at the crease, Denly has no problem getting in, averaging 29.53 from his fifteen games and reaching 10-39 in eighteen instances, but there just seems to be this mental edge he’s lacking to stop himself from giving his wicket away.

Given the fact that the likes of Mark Stoneman, Tom Westely, Alex Hales, Michael Carberry, Sam Robson and Jason Roy have all been given fewer opportunities than Denly to get it right, this might finally be the nail in the coffin for Kent’s finest. 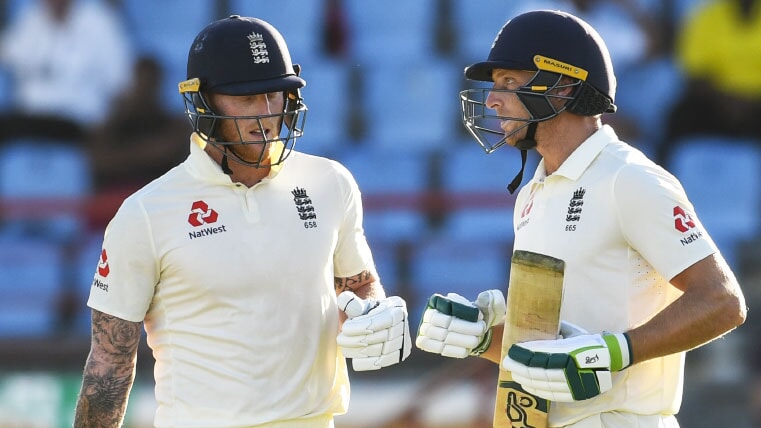 A team’s all-rounder is always the superstar of a cricketing side. Always in the limelight, they can come on at the most pivotal of points and are so often the deciding factor in which way the most pivotal parts of a game end up swinging.

2019 had been Ben Stokes’ year. From the stunning catch against South Africa in the opening game of the summer’s World Cup, the crunch innings against New Zealand in the Cricket World Cup final, to that legendary 135* against Australia at Headingley, his meteoric rise saw him come into the first test here as the world’s second highest ICC rated all-rounder.

In front of him was the Windies’ own Jason Holder. Captain of the West Indies since the age of 23, the Barbados native hit a stunning 202* off just 233 balls against England on his home ground back in January 2019, but it was with the ball that Holder really made his mark here. Taking 6-42, including the wicket of Stokes, at an economy of just 2.10, it was the decisive spell that properly swung things in the West Indies’ favour in our cricket spread betting markets for the game. A perfect illustration of controlled and continued spells of pressure, Holder hardly ever drifted outside the perfect line and length outside off stump and even ended the game with the upper hand for overturning reviews.

Stokes might have claimed his wicket in return, but the first test was very much round one to Jason Holder in the hunt to be the world’s best.

Did You Know?: This was the first time in four years that any test around the world has seen our Sixes spread make up at 0!

Our cricket spreads initially had a price of 7 – 7.5 for the number of sixes predicted.

We’ve priced the Sixes markets for the second test match at 6.5-7.

3. England Pay For Their Arrogance

Though the result ended up being a lot more respectable than what most England fans were expecting at one point, the entire game always felt like the Windies were ‘winning’ and England were always chasing the game from a losing position.

When the West Indies last toured England back in 2017, it’s fair to say that the results were a bit one-sided. Besides freak back-to-back Shai Hope hundreds in Headingley, England always looked a class above their opposition and it was clear a level of arrogance had set into their decision making during the course of the first test here.

The decision to bat first with a seriously long tail on a grey, wet day where only 17.4 overs were possible on day one was, frankly, a horrific call. Not only were England batting in a bowler’s paradise, but they were constantly being hauled on and off and losing their concentration due to steady supply of rain delays. The West Indies, in comparison, had the two driest and sunniest days to bat through and establish a lead, adding an extra couple of layers to the mountain England had built themselves to climb.

The issue of Stuart Broad’s omission has been slightly overblown (seems pretty clear that rotation between Broad and all-time leading wicket taker Jimmy Anderson is the name of the game now), but there’s no denying that sticking the added pace of Mark Wood and Jofra Archer on a pitch with the conditions that Broad would have rolled up and taken home with him is once again pretty foolhardy. 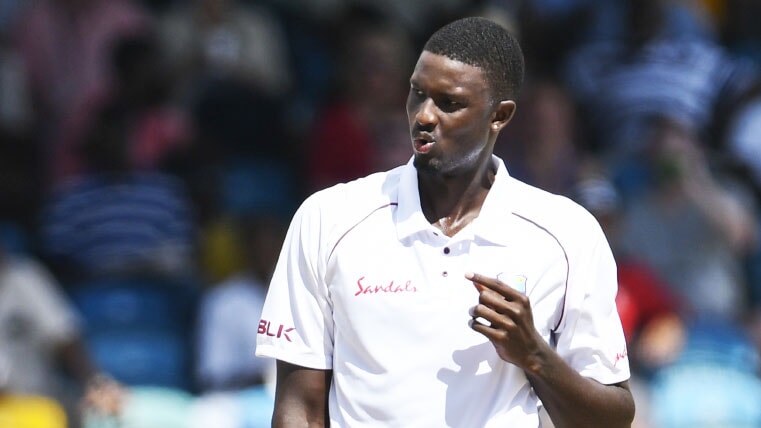 4. Do Not Underestimate The Windies

It’s easy to write off the opening series of English summer as being the warm-up or prelude to the bigger challenges ahead, especially when the opponent hasn’t won a series in England since 1988, but the entire West Indies side showed themselves to be much more than just a potential outsider shot in our cricket odds

Having all accepted a 50% wage reduction and isolated themselves in the Rose Bowl bubble since the start of June, the Windies have already shown that they’re very much a side up for a competition.

From Shannon Gabriel’s spellbinding swing on day 2, to Jermain Blackwood’s match-winning 95 in the final innings of the match, there were standout performances from the Winides in every single position compared to England.

For the returning Joe Root, the first test match of the summer should be a stark reminder that his opponents aren’t here to make up the numbers and tick a few boxes: they’re here to win.

To end on a slightly more positive note for England, it looks like they may have found their next established spinner in Dom Bess. A lot was made pre-game about England’s crucial spinning options with the likes of Moeen Ali and the one-run wonder Jack Leach returning to training, but this was a selection headache it looks like England got completely right by picking the youthful option of Bess.

Bess rose to fame by taking his maiden five wicket haul against South Africa at Port Elizabeth back in January, and already looks every inch a test match professional from the handful of games he’s played so far.

His gutsy 31* from 44 balls in England’s first innings was not only crucial in keeping England’s score respectable, but was the third highest total of any England player across the innings, outscoring the likes of Burns, Crawley, Denly, Sibley and Pope.

He followed this up with an equally impressive 2-51 on a pitch that looked anything but spinner friendly during the Windies first innings. His five maidens and economy rate of 2.68 was a fair testament to the wide range of clever tactics he deployed throughout the test, including the short and wide delivery that dismissed Jermaine Blackwood on day three.

It’s obviously too early to tell whether or not England have that Graeme Swann replacement they’ve been waiting nearly a decade for now or not, but Dom Bess certainly stands as one of the most exciting prospects making strides in the team right now, and it’ll be interesting to see how Joe Root approaches the spinner selection for the second test.

Top order collapses, questionable umpiring and a handful of rain displays - some things never change! What did you make of the return of cricket? Can England turn things around in the second test? Check out all of our cricket spread betting markets as well as our cricket odds to have your say on the action.

The Return of the Premier League

The Premier League will return in a blaze of glory when relegation threatened Aston Villa host Sheff Utd on Wednesday.....
Read more

The Return of Serie A

Football fans can look forward to a number of exciting clashes when Serie A returns to action this month....
Read more

The Return of UK Horse Racing

We can now look forward to plenty more big meetings and races in the weeks ahead across the UK...
Read more