The finest teams in international football will battle for supremacy when Euro 2020 takes place at a number of major European cities this summer. Teams from the continent absolutely dominated the 2018 World Cup, seizing all four semi-final berths before France beat Croatia in the final. We can therefore expect the level of competition to be extremely high at this summer’s tournament. Holders Portugal defend their title in what could be Cristiano Ronaldo’s last European Championship. These are the early favourites in the betting:

England are the favourites to win Euro 2020 after firing in an impressive 31 goals in their eight qualifiers. The Three Lions went all the way to the semi-finals of the 2018 World Cup and Southgate has a wealth of attacking talent at his disposal. A front three of Raheem Sterling, Jadon Sancho and Harry Kane could terrorise any team. The semi-finals and final will also be held at Wembley, as it is the largest of all the host stadiums, so that could benefit Southgate’s men if they make it that far. 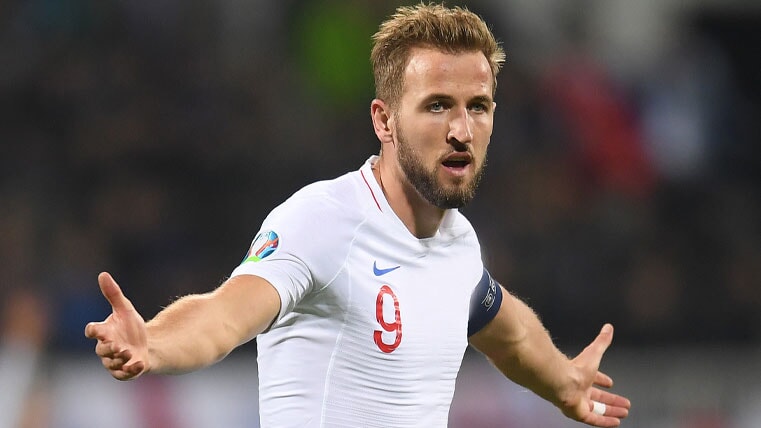 However, England have never been favourites for a big tournament before, so it remains to be seen how they will cope with the pressure. Kane is also recovering from a bad injury, so there will be question marks over his fitness, and the likes of Tammy Abraham & Danny Ings might need to prove their worth in a Three Lions shirt ahead of Euro 2020.

France are the world champions and their ranks are packed full of superstars. Raphael Varane, N’Golo Kante, Paul Pogba, Kylian Mbappe and Antoine Griezmann form an exceptionally strong spine, and Les Bleus are quick, strong and supremely talented. They would possibly be the favourites had they not landed in Euro 2020’s ‘group of death’ alongside Germany and Portugal. If they make it out of that they could well become the new favourites to lift the trophy. After all, they swept aside their rivals with contempt at the World Cup, and their best players are all still operating at the peak of their powers. They were a little underwhelming in qualifying, but their power, talent and experience will be crucial in the big games at Euro 2020. 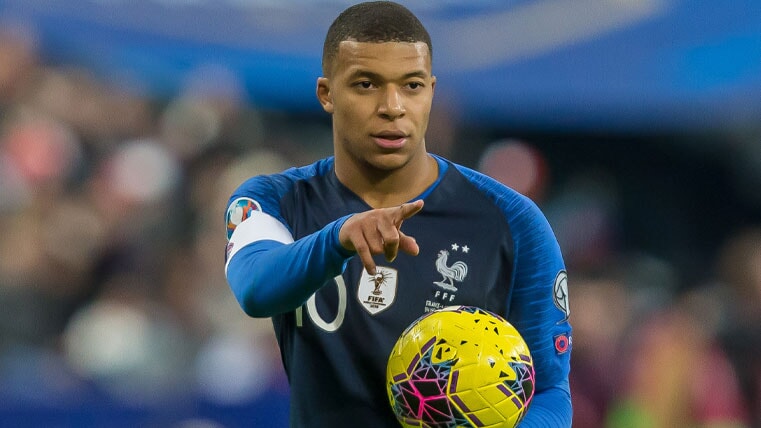 This is perhaps the last opportunity for Belgium’s golden generation to deliver upon its promise by seizing a major trophy. They lost to France in the semi-finals of the last World Cup. Vincent Kompany has since retired, while Jan Vertongen and Toby Alderweireld have been in questionable form for Spurs. The Belgians could struggle defensively, but they should be sensational in attack. Man City playmaker Kevin De Bruyne pulls the strings, Eden Hazard will wreak havoc out wide if he is fit, and forward Romelu Lukaku is in fine form for Inter Milan. Youri Tielemans and Axel Witsel are also excellent in midfield, and Thibaut Courtois is a dependable goalkeeper, while Dries Mertens offers a goal threat. They lack the strength in depth of some of their rivals, but if De Bruyne and Hazard are on song then Belgium look close to unstoppable.

Spain were unbeaten in their Euro 2020 qualifying campaign. They have a number of technically proficient midfielders, including Sergio Busquets, Thiago Alcantara, Rodri, Saul Niguez and Isco, plus a fantastic leader in Sergio Ramos and a great goalkeeper in David De Gea. However, they have struggled to make an impact at recent international tournaments. They have missed a dynamic goalscorer ever since David Villa hung up his boots, while they also sorely miss the quality of Xavi and Andres Iniesta. They have also changed managers with alarming regularity in recent years. Yet they will be a force to be reckoned with if they play close to their full potential at this tournament.

The majority of the German team that won the World Cup in 2014 have now retired and it is time for a new generation to take up the mantle. There is plenty of exciting talent emerging through the ranks, including Bayer Leverkusen’s Kai Havertz, RB Leipzig’s Timo Werner, Bayern Munich’s Serge Gnabry and Dortmund’s Julian Brandt. Germany should boast a strong blend of youth and experience. Goalkeeper Manuel Neuer is still going strong at 33, while Toni Kroos is now 30, and their presence will be crucial as the Germans bid to fight their way out of the so-called ‘group of death’ that also features France and Portugal.

Of the current crop, Matthias Ginter is the only other survivor from the World Cup winning squad, but he was 20 at the time and did not actually feature in a game. This German side does not look quite as formidable as it did six years ago, but you can never write them off.

Dutch captain Virgil Van Dijk is widely regarded as the best defender in the world after leading Liverpool to Champions League glory last season. He has delivered towering performances on a consistent basis during the current campaign, and he will be crucial to the Netherlands’ chances of success at Euro 2020. Former Ajax captain Matthijs De Ligt has struggled at Juventus, but he has played well for his country, while Nathan Aké provides strong competition for a starting berth alongside Van Dijk. Another former Ajax player, Frenkie De Jong, is the star of the show in midfield, with Donny Van De Beek and Georginio Wijnaldum completing a formidable trio. The Netherlands’ greatest weakness is in attack, as they lack a prolific goalscorer. However, a number of youngsters could take up that role, with Justin Kluivert, Myron Boadu and Donyell Malen all impressing this season. The Dutch beat England at last year’s UEFA Nations League semi-finals, so they will not fear anyone at Euro 2020.

Italy were one of just two teams to seize maximum points during the Euro 2020 qualifying campaign, along with Belgium. They have a poor recent record on the world stage – they could only make the quarter-finals of Euro 2016, while they crashed out in the group stage of the 2014 World Cup and failed to even qualify for the 2018 – but they still have plenty of world-class players. Italy are always strong at the back, and Mancini should be able to call upon Juventus duo Leonardo Bonucci and Giorgio Chiellini to anchor the defence. Gianluigi Donnarumma is a very talented goalkeeper, and Marco Verratti, Jorginho and Stefano Seni can hold their own against any midfield in the world. Yet the Italian fans will pin their hopes on Lazio striker Ciro Immobile, who has been on fire in Serie A this season. He is scoring goals for fun, has pace to burn and he should benefit from strong service at this tournament, so Italy could be very dangerous indeed.

Portugal are the reigning European champions and they also won last year’s UEFA Nations League when they beat the Netherlands in the final. They know how to get the job done at big tournaments, which could be crucial in their bid to win Euro 2020. Casual football fans might see them as a one-man team, as Cristiano Ronaldo’s achievements have been truly astonishing, but that is absolutely not the case.

Man City star Bernardo Silva is one of the world’s most talented playmakers, and Atletico Madrid wunderkind Joao Felix is tipped to be the next big thing in world football and Man Utd newcomer Bruno Fernandes is an immense talent. The Portuguese should be sensational in attack, with the irrepressible Ronaldo naturally leading the charge. They do not look as strong defensively, but they were solid during their Nations League campaign and they will be full of confidence as they gear up to defend their crown.

Portugal may be the reigning champions, but they are 14/1 outsiders to defend their crown, and you can also find a Euro 2020 Outright (100) Index of 4-7 on them.

Stay tuned to the Euro 2020 outright betting market page ahead of June’s big kick off.