Euro 2020 Qualifiers – Who Will Make Their Move?

England will bid to maintain their 100% start to the Euro 2020 qualifying campaign when they host Bulgaria at Wembley on Saturday evening. Gareth Southgate’s men will then face Kosovo three days later, and they are the clear favourites to win both games. Wales are in a bit of trouble after two straight defeats left them well off the pace in their group, but they have an opportunity to return to winning ways against Azerbaijan. Scotland face a tricky game against Russia on Friday night, while Northern Ireland face a monumental challenge in trying to topple the mighty Germany. Elsewhere, the high-flying Republic of Ireland take on Switzerland in what promises to be a thrilling clash in Dublin. 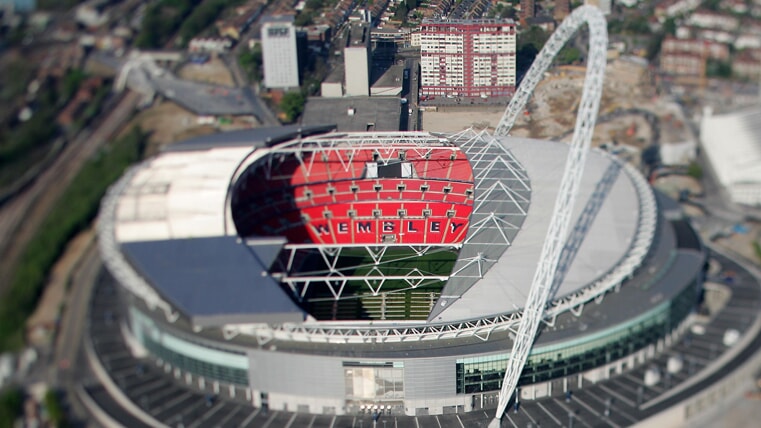 England made a superb start to their qualifying campaign by thrashing the Czech Republic 5-0. Raheem Sterling scored a hat-trick, Harry Kane slammed home a penalty with customary aplomb and an own goal from Tomas Kalas rounded off the win. Next up they went on the road to Montenegro and they came from behind to pick up a 5-1 victory. Chelsea midfielder Ross Barkley hit a brace, while Michael Keane, Kane and Sterling were also on target. England look sensational going forwards at present, with Sterling and Jadon Sancho offering a great deal of pace, flair and dynamism either side of Kane.

They should therefore be full of confidence as they prepare to welcome Bulgaria to Wembley on Saturday. Krasimir Balakov’s men drew 1-1 with Montenegro in their opener and then 1-1 away at Kosovo. They then lost 2-1 to Czech Republic and 3-2 to Kosovo, leaving them with just two points from four games.

England have played fewer games, as they were competing in the Nations League during the summer, but they still lead Bulgaria by a considerable margin. They are fourth in the FIFA world rankings, 56 places above Bulgaria – who are sandwiched in between Mali and Burkina Faso – so it is perhaps easy to see why England are the 1/12 favourites in the football betting odds.

The Three Lions are even heavier favourites to beat Kosovo at Wembley three days later. They are priced at 1/50 to take all three points in that game, while Kosovo are all the way out at 66/1. You will find Kosovo 120th in the world rankings, in between Tajikistan and Namibia, so again it is understandable to see England installed as the heavy favourites. You can find a number of alternative markets that offer more value on these games, including total goals, correct scores, handicaps and more. England -2.5 Asian handicap is priced at 4/5 when they take on Bulgaria, while England -3 Asian handicap is 10/11 against Kosovo.

You can also find all manner of intriguing football spread betting options. England have a 2.7-2.9 Match Supremacy Index over Bulgaria, so if you fancy them to win by a margin of three or more goals then this is the option for you. Alternatively, you could sell at 2.7 if you think the Bulgarians will give a decent account of themselves. England’s Match Supremacy Index against Kosovo on Tuesday is 3.1-3.3, so they would have to win by a margin of four or more goals for you to turn a profit. It is worth noting that Kosovo are in strong form, having won one and drawn two of their three Euro 2020 qualifiers so far, but our traders feel England will be far too good for them.

Scotland face a far more daunting task as they prepare to welcome Russia and then Belgium to Hampden Park. Stanislav Cherchesov’s Russia lost to Belgium in their first Euro 2020 qualifier, but they then roared back to form and rattled off three consecutive victories. They beat Kazakhstan 4-0, San Marino 9-0 and Cyprus 1-0, and they head to Hampden Park full of confidence.

Artem Dzyuba is a real danger man and he could cause plenty of problems for the Scottish backline in this game. Belgium on paper are one of the world’s best teams and they have won all four Euro 2020 qualifiers so far, scoring 11 goals and conceding just one.

Scotland’s Euro 2020 campaign has been a pretty underwhelming affair. They slumped to a 3-0 defeat at the hands of Kazakhstan in their opener, and then infuriated their fans with a lacklustre performance during a 2-0 victory over lowly San Marino. A 2-1 win against Cyprus gave manager Steve Clarke a bit of breathing room, but they followed it up with a 3-0 loss to Belgium. 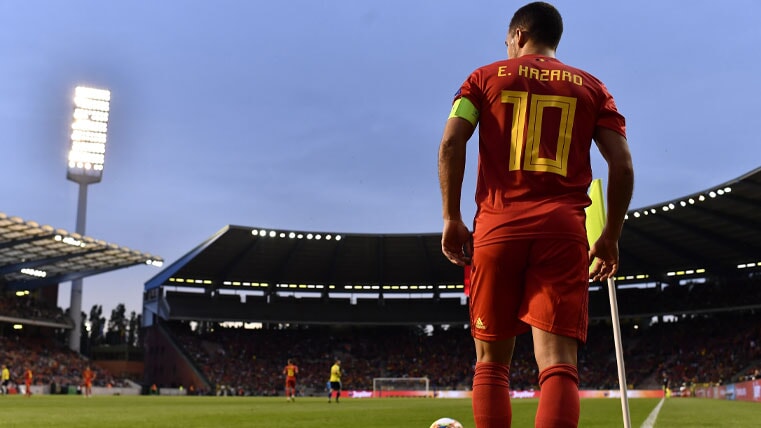 They are slight underdogs against Russia, priced at 7/4, while Cherchesov’s side are 13/8. You can also find 4/5 on Russia draw no bet in that game when you visit our fixed-odds football betting page. Scotland are then huge 11/2 outsiders when they host Belgium on Monday, while Roberto Martinez's men are priced at 1/2.

Ryan Giggs must have been pleased to see star player Gareth Bale score twice for Real Madrid at the weekend. The forward is crucial to Wales’ attack, but Zinedine Zidane has previously frozen him out at the Bernabeu, so Bale’s re-emergence can only benefit Wales.

Daniel James is also in terrific form for Man Utd, so Wales could be strong going forwards right now. Giggs will need to galvanise his players after they lost to Croatia and Hungary in their last two games, but that should not be a problem, as he has a young and hungry squad at his disposal. 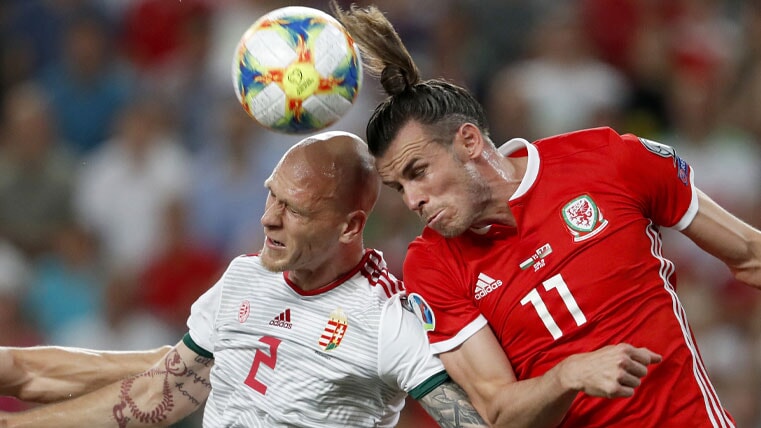 They now have a home fixture against a struggling Azerbaijan side to look forward to, and they can put serious pressure on the teams above them if they take maximum points. Azerbaijan lost 5-1 to Slovakia last time out, and Wales have the firepower to test that seriously and trouble their defence. They have a 1.55-1.75 Match Supremacy Index in the football spread betting, so our traders clearly feel Giggs’ men have what it takes to return to winning ways.

Northern Ireland have made a sensational start to the Euro 2020 qualifiers, winning all four games to sit top of Group C with maximum points. They beat Estonia 2-0, Belarus 2-1, Estonia 2-1 again and then Belarus 1-0. However, the level of quality steps up several notches as they take on Germany at Windsor Park.

The Germans are one of the world’s leading teams and they have also taken maximum points thus far, scoring 13 goals in just three games. That run included an 8-0 win against Estonia. Joachim Low’s men are the 1/3 favourites to win this game, while Northern Ireland are priced at 8/1, but hope springs eternal for the hosts. Both teams to score is even money in this game, which may be a popular option for punters with Northern Ireland scoring in all of their games so far.

The Republic of Ireland also sit top of their group after winning three and drawing one of their four games so far. Yet they face a stern test against a disciplined, organised Swiss team on Thursday. Vladimir Petkovic's men beat Georgia 2-0 in their opener and then drew 3-3 with Denmark. They have emerged as one of the best teams in Europe in recent years and it is hard to imagine them failing to qualify for Euro 2020.

Ireland will need to be at their very best if they are to get a result from this game. There is plenty of Premier League quality in their squad, including Brighton's Shane Duffy, Burnley's Jeff Hendrick and Callum Robinson of Sheffield United, so they have a chance of success. They did well to draw with Denmark earlier this year, but it is worth noting that two of their three victories came against the minnows of Gibraltar - and neither was particularly convincing. They will need to play a lot better if they are to contain a talented Swiss side.

Mick McCarthy's team are the 11/4 outsiders to win this game, despite it being played on home turf. The draw is 2/1 and Switzerland are 11/10 favourites to pick up a vital away win. Our traders are expecting a pretty tight affair, as under 2.5 goals is priced at 4/9, while both teams to score is out at 6/5.

How do you think the action will unfold during these Euro 2020 qualifiers? Check out all the football spread betting and football odds at Sporting Index!