London rivals Chelsea and Arsenal will head all the way to Azerbaijan to contest the Europa League final on Wednesday night. The stakes are extremely high for Unai Emery’s men as victory would hand them a place in next season’s Champions League. That would significantly boost the transfer kitty as they strive to improve their squad over the summer. Chelsea are already guaranteed a place at Europe’s top table next season, but they will be keen to end a tumultuous campaign with silverware, and we should be in for a thrilling spectacle. 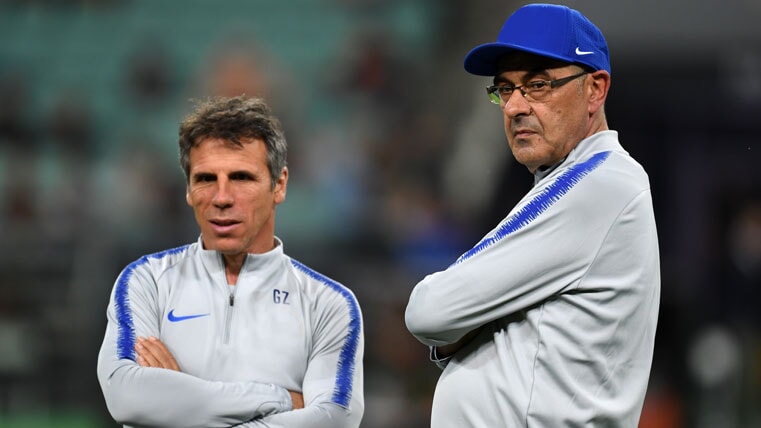 Sarri v Emery: Who Will Claim Silverware in Their Debut Season?

There is very little to separate these teams in terms of quality and it will be fascinating to see who prevails in Baku on Wednesday. Both managers are new to the Premier League and they locked horns very early into their respective reigns at their new clubs. Chelsea hosted Arsenal in the second weekend of the 2018/19 season and ended up securing a 3-2 victory courtesy of Marcos Alonso's late strike. Many pundits consider it to be the best game of the season due to the frenetic nature of the contest and the breakneck pace it was played at.

Arsenal secured sweet revenge when they beat Chelsea 2-0 at The Emirates in January, courtesy of first half strikes from Alexandre Lacazette and Laurent Koscielny. They had a strong home record throughout the campaign, but their away form let them down and they ended up fifth in the table, two points and two places below Chelsea. Yet Emery is a veteran of this competition. He won the Europa League three times in a row with Sevilla, so he knows how to get the job done in Europe and his experience could prove crucial for Arsenal on Wednesday.

Arsenal goalkeeper Petr Cech is retiring this summer and he is in line to face former club Chelsea in his final game. It would be a fitting end to a glorious career. However, various fans and pundits have called upon Emery to drop him. Cech has started in every Europa League game so far this season, but Bernd Leno is the club’s number one goalkeeper and many feel he should be given the nod in a game of such magnitude. “It’s a huge game and worth millions to the club,” said Arsenal legend David Seaman. “You play your strongest team and if that means Leno plays then that’s what I would do.” It would be a brutal way to end Cech’s career, but Leno could yet start the game.

The Gunners will be without Aaron Ramsey and Danny Welbeck, who are both leaving the club this summer. Rob Holding and Hector Bellerin are also long-term casualties, but Arsenal otherwise have a clean bill of health. That could mean Pierre-Emerick Aubameyang, Alexandre Lacazette and Mesut Ozil all starting in a formidable attack, with Lucas Torreira and Granit Xhaka behind them, Sead Kolasinac and Ainsley Maitland-Niles patrolling the flanks and a back three of Laurent Koscielny, Sokratis Papastathopoulos and Nacho Monreal.

Chelsea are sweating on the fitness of N’Golo Kante, who missed the final games of the season with injury. Antonio Rudiger is out, as are Callum Hudson-Odoi and Ruben Loftus-Cheek. Former Arsenal player Olivier Giroud has been the star of the Blues’ Europa League campaign, banging in 10 goals, and manager Maurizio Sarri has a big call regarding whether to start the Frenchman or loanee Gonzalo Higuain. He must also decide whether to start Willian or Pedro, as Eden Hazard will be guaranteed a place in what could be his last game for the club. Jorginho will anchor the midfield, possibly with Matteo Kovacic and Ross Barkley alongside him, with Kepa Arrizabalaga in goal and a back four of Davide Zappacosta, Cesar Azpilicueta, David Luiz and Emerson. 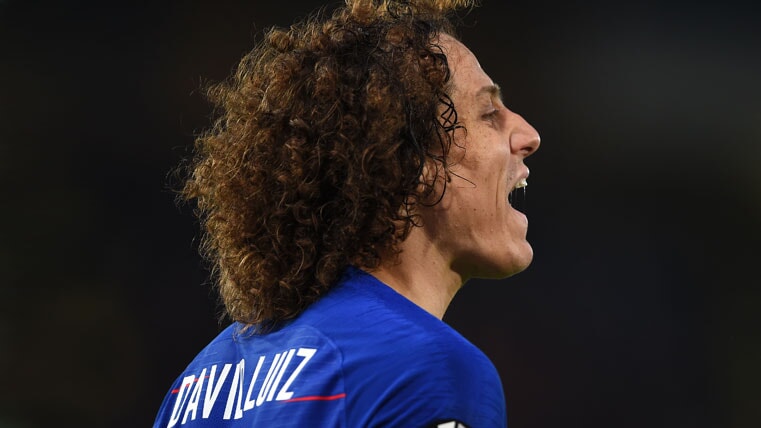 Who is Favourite to Win the Europa League?

Chelsea are the narrow favourites in the Europa League Outright Index. The winner is assigned 60 points in this market and our traders have priced Chelsea at 49-52, while Arsenal are just behind them at 48-51. That shows just how close our traders think it will be. These teams met in the 2017 FA Cup final and Chelsea were expected to beat the Gunners after being crowned Premier League champions. However, Arsenal secured a stunning 2-1 victory. Since then Chelsea have gone backwards, whereas Arsenal have remained at a similar level.

The Gunners sauntered through the group stage of this competition to tee up a last 32 tie against Belarusian outfit BATE Borisov. They suffered a scare when they lost the first leg 1-0, despite controlling 77% of the possession. However, Emery’s men turned things around in style with a 3-0 second leg victory at The Emirates. Their Europa League dreams looked to be in tatters when they lost 3-1 away at Rennes in the last 16 following a red card for Sokratis. Yet Arsenal turned things around once more, beating the French team 3-0 courtesy of an Aubameyang brace in North London.

Arsenal were underdogs for their quarter-final clash with highly-rated Italian side Napoli, but they made a mockery of those odds by winning home and away.

Lacazette scored a brilliant free-kick to hand them a 1-0 victory in the Stadio San Paolo and they triumphed 3-0 on aggregate. The Gunners then ripped Valencia apart in the semi-finals, beating them 3-1 at The Emirates and 4-2 in Spain. Lacazette and Aubameyang scored all seven goals, with the Gabonian scoring a hat-trick at the Mestalla.

Chelsea also eased their way out of the group stage and then Giroud scored in both legs as they took Swedish side Malmö apart in their first knockout tie. That carried them into a last 16 clash with Dynamo Kiev and it proved to be extremely one-sided. Chelsea picked up a dominant 3-0 first leg win at Stamford Bridge and they were utterly rampant when they secured a 5-0 victory in Ukraine the following week. Giroud scored a hat-trick that night, while Hudson-Odoi was on target in both legs.

Chelsea looked to be cruising through to the semi-finals when they beat Slavia Prague 1-0 away in their quarter-final tie, before racing to a 4-1 lead at half-time at Stamford Bridge. Yet two second-half goals from Petr Sevcik made it 5-3 on aggregate and it turned out to be nervier than expected, but the Blues ultimately prevailed. They drew 1-1 home and away with Eintracht Frankfurt in the semi-finals, so it eventually went to extra-time and then penalties. Goalkeeper Kepa was the hero, saving from both Martin Hinteregger and Goncalo Paciencia in the shootout and earning a measure of redemption after he was the villain when Chelsea lost the Carabao Cup final to Man City on penalties. Hazard fired in the decisive penalty to spark scenes of pandemonium in the stands. 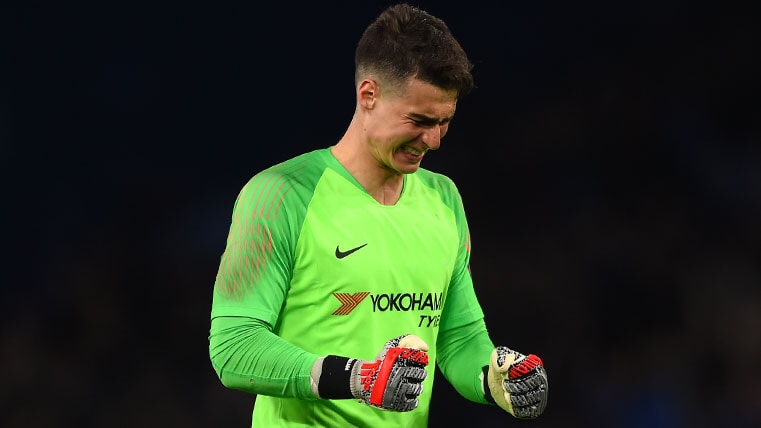 Would it be Classed as a Successful Season for Either Manager if They Won the Europa League?

If Emery wins the Europa League it would have to be considered a relatively successful debut season for the Spaniard. They earned more points this season than they did last term, but they still could not secure a top four place. If Arsenal can get back into the Champions League by winning this game, and lift a trophy for good measure, then Emery will be a hero in North London – for one summer at least. He won this competition three times in a row with Sevilla, so he knows how to get the job done in Europe. They may be slight underdogs in the Europa League spread betting, but Aubameyang and co will see weaknesses in the Chelsea defence and they could lead Arsenal to victory.

Expectations are higher at Chelsea and many fans would still not be appeased even if they did win this trophy. The Blues came flying out of the blocks this season and Sarri’s appointment looked shrewd, but their subsequent dip in form was alarming. They finished the season strong, however, and did well to secure third place ahead of Tottenham, Arsenal and Man Utd. But many fans are still upset by his decision to play Kante out of position while Jorginho sits in front of the back four, and Sarri could be out of a job in the summer. 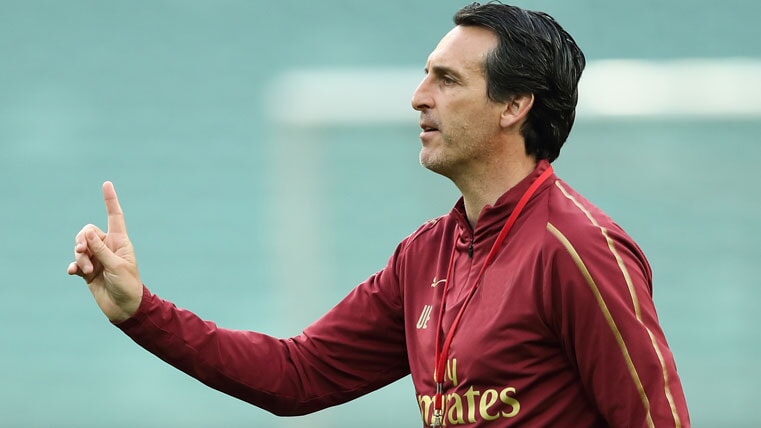 Chelsea owner Roman Abramovich is ambitious and trigger happy when it comes to dispensing with managers, and he is unlikely to consider this season a success, even if Chelsea do win the Europa League. In Hazard, they will have the best player on the pitch and it could be his final game for the club, so we should expect fireworks from the mercurial Belgian forward.

Anyone interested in spread betting on the Europa League Final can find a huge range of markets to have a punt on the thrilling all-English final, so take a dive into a variety of options to keep the excitement at a maximum level.