Man City can wrap up an unprecedented domestic treble if they beat Watford in the FA Cup final at Wembley on Saturday. Pep Guardiola’s men have already beaten Chelsea in the Carabao Cup final and they prevailed in an almighty title battle with Liverpool last weekend. No team has ever won the Premier League, FA Cup and League Cup in the history of English football, but this Man City side are trailblazers. They will be supremely confident heading into this clash with the Hornets and they are the clear favourites in the football spread betting markets for the big final on Saturday. 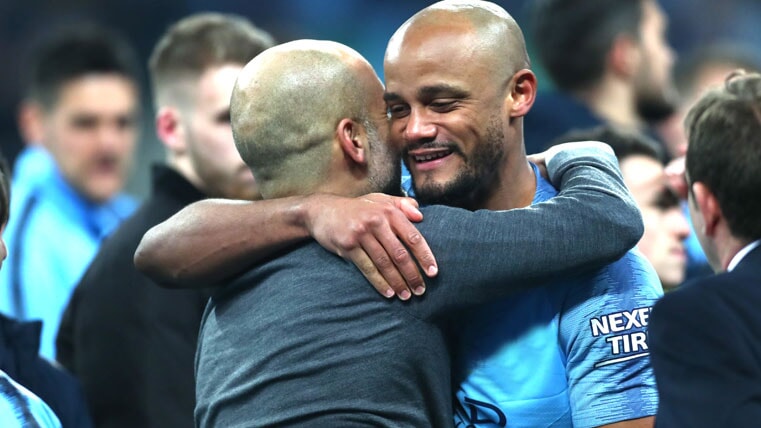 Man City began their FA Cup campaign with a 7-0 demolition of Rotherham in the third round, and they followed it up by thrashing Burnley 5-0. They enjoyed more than 70% of the possession in both games and played some scintillating football. Next up they travelled to Wales to face Newport and a late brace from Phil Foden helped them on the way to a 4-1 victory. Guardiola’s side needed an 89th minute strike from Sergio Aguero to gain a 3-2 victory over a dogged Swansea side in the quarter-finals, and they battled to a 1-0 win against Brighton at Wembley to surge into the final.

Watford stormed into the quarter-finals without conceding a single goal, as they beat Woking 2-0, Newcastle 2-0 and QPR 1-0. They hosted Crystal Palace at Vicarage Road in the last eight and it proved to be a tense contest. The Eagles dominated possession, but Watford took the lead through Etienne Capoue in the first half. The lively Michy Batshuayi pulled one back after the break, but Andre Gray grabbed the winner to send the home fans into a state of euphoria.

That teed up an eagerly anticipated semi-final between Watford and Wolves, both of whom were in strong form. Raul Jimenez thought he had won it for Wolves when he put them 2-0 up on 62 minutes, but Watford staged a stunning comeback courtesy of Gerard Deulofeu. The Spaniard came off the bench and pulled one back with a magnificent finish, before captain Troy Deeney equalised from the spot in the 95th minute after he was fouled by Leander Dendoncker. It went into extra-time and that man Deulofeu popped up again with a composed finish to hand his team a 3-2 victory. 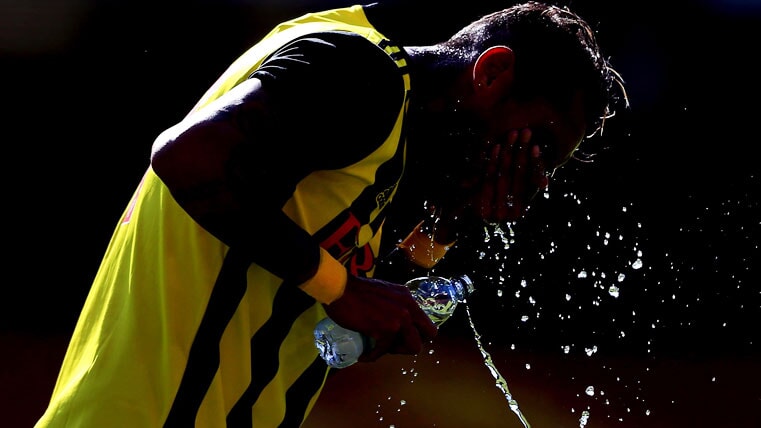 The recent head-to-head record between these teams makes for grim viewing for Watford fans, as the Hornets have lost their last 10 meetings when going toe-to-toe with Man City. The last time they beat Man City was all the way back in March 1989, when both teams were playing in the old Second Division. Watford were promoted to the Premier League in 2013 and they have lost home and away to City every season since then.

It finished 2-1 to Guardiola’s side at Vicarage Road earlier this season. Strikes either side of half-time from Leroy Sané and Riyad Mahrez put City in control, and a late strike from Abdoulaye Doucouré proved a mere consolation for Watford. The Hornets travelled to The Etihad in March and a Raheem Sterling hat-trick put them to the sword in a 3-1 defeat.

Man City have had to make do without holding midfielder Fernandinho for the Premier League run in, as he has been side lined with a knee injury since 24 April. He could return in time for this game, but Ilkay Gundogan is likely to start in that role. Kevin De Bruyne has also been nursing a hamstring strain and that could open the door for Mahrez to start, with Bernaldo Silva pushed into a deeper role alongside David Silva. Oleksandr Zinchenko is likely to start at left-back, as Benjamin Mendy has a knee injury.

Watford received a timely boost this week as the FA rescinded the red card Jose Holebas picked up in the final game of the Premier League season. He is expected to start at left-back, with Kiko Femenia, Christian Kabasele and Craig Cathcart completing the backline. Capoue, Watford’s player of the season, returned to action in their final league game against West Ham, and he should anchor the midfield alongside Will Hughes. Deeney should get the nod up front and it would be hard for Javi Gracia to leave out semi-final hero Deulofeu.

Have Watford ever won the FA Cup?

No, Watford have never won the FA Cup, nor have they ever won a major trophy. The closest they came was finishing second in the old First Division back in 1983 and then finishing as runners-up in the FA Cup the following year. They lost 2-0 to Everton in that game, and this is their first cup final in 35 years, so it will be a huge occasion for everyone connected with the club.

How Many Times Have Manchester City Won the FA Cup?

Man City have won the FA Cup five times in their illustrious history. They first clinched it all the way back in 1904, when they beat Bolton Wanderers 1-0 in front of 61,374 fans at Crystal Palace. They triumphed again in 1934, 1956 and 1969. They have been catapulted to newfound levels of success since Sheikh Mansour bought the club in 2008 and started throwing around money like it is going out of fashion, but they have only won the FA Cup once in that time. That came in 2011, when a Yaya Toure strike handed them a 1-0 victory over Stoke. They reached the final again in 2013, but suffered a shock 1-0 defeat at the hands of Wigan. Watford will hope to channel some of that magic in this year’s final.

Would Manchester City Become the First Team in English History to win the Domestic Treble?

They most certainly would. Man Utd came the closest when they won the league and FA Cup in 1994, but lost the League Cup final against Aston Villa. The Red Devils won a treble of the Premier League, Champions League and FA Cup in 1999, but no team has ever won the domestic treble before, so there is plenty at stake for Pep Guardiola’s team.

The Premier League season may be over, but the action and drama continues at Wembley. You can view all our FA Cup Final spread betting markets here.