Ranking The Most Anticipated British Boxing Bouts: Where Would Fury v AJ Rank?

British rivals Tyson Fury and Anthony Joshua have reportedly thrashed out terms for an undisputed world heavyweight title fight. Undefeated Fury holds the WBC title after knocking out Deontay Wilder in February, and The Ring magazine has just ranked him as the world’s best heavyweight. Joshua regained the WBA, IBF, WBO and IBO titles when he prevailed in a rematch against Mexico’s Andy Ruiz Jr. last year. Their showdown promises to be the most eagerly anticipated fight of the next 12 months, but will it be the biggest all-British boxing bout of all time? 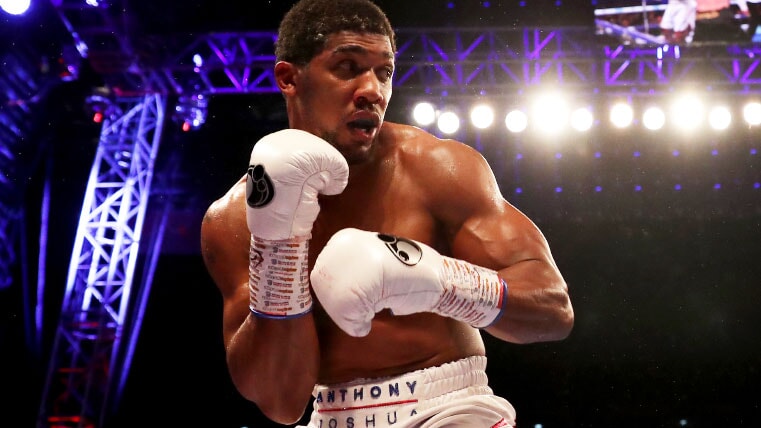 Lewis and Bruno became the first British-born heavyweights to go head-to-head for a world title when they locked horns in 1993. The WBC belt was on the line, and there was a great deal of animosity between the two men during the build-up to the fight. A 28-year-old Lewis was the world champion, and he had just extended his record to 23-0 by scoring a unanimous decision against Tony Tucker in Paradise, Nevada. Bruno was four years older and heading into the twilight of a glorious career. He was 36-3, but had lost both previous world title fights.

Bruno antagonised Lewis in the run-up to the fight by claiming that he was not British. Lewis was born in London, but grew up in Canada and represented them in the Olympics, where he won a gold medal. Yet Lewis identified as British throughout his professional career, and he did not take kindly to Bruno’s barbs. They engaged in a bitter war of words, so the anticipation reached a fever pitch by the time they got into the ring. Bruno seized the initiative in the early stages, but Lewis stopped him in the seventh with a perfect left hook. He went on to become undisputed heavyweight champion of the world – the last heavyweight to hold that honour – and Bruno eventually did win a world title when he beat Oliver McCall in 1995.

This was one of the greatest grudge matches in boxing history. Eubank and Benn were polar opposites, and they clearly loathed one another. Benn was a tough-as-nails, working class warrior from Ilford, nicknamed The Dark Destroyer thanks to his formidable punching power and aggressive fighting style. Eubank was an eccentric celebrity, famed for his quirky fashion sense and poetic monologues. Their clash gripped Britain, and Ambrose Mendy – who managed Benn – came up with all sorts of dirty tricks in order to upset Eubank pre-fight.

A cacophony of boos and jeers accompanied the undefeated Eubank as he entered the ring in Birmingham, but he redirected that hatred towards Benn and gave the greatest performance of his career. The two men went at it hammer and tong, with neither giving an inch, until referee Richard Steele finally stepped in with four seconds remaining in the ninth round to spare Benn any more punishment.

Eubank was still unbeaten when they met for a rematch three years later, while Benn had beaten his subsequent 10 opponents and won the WBC super-middleweight title. There was little to separate them in the rematch, which had Benn’s WBC title and Eubank’s WBO title on the line, and it ended in a controversial draw. It was not as brutal as the first fight, but it was massively hyped, and 500 million people watched a pulsating contest between two brilliant fighters. Most viewers felt Benn had done enough to win the fight, but it resulted in a split decision, which further escalated their enmity. Eubank and Benn would go on to become friends, but their rivalry was extremely intense and that 1993 rematch at Old Trafford is arguably the biggest fight in British boxing history.

Eubank had lost twice to Irishman Steve Collins and his record stood at 45-2-2 by the time he faced Joe Calzaghe for the vacant super-middleweight title. The crowd at the Sheffield Arena expected fireworks, and the two men delivered. The undefeated Welshman was the heavy favourite, as Eubank stepped in to fight for the title with just 11 days notice. That did not leave a great deal of time for anticipation, but Eubank fans dared to dream that their hero could stage a comeback for the ages.

The dream turned into a nightmare when Calzaghe knocked Eubank down in the opening seconds of the fight, but Eubank climbed back to his feet and clawed his way back into the bout. Calzaghe knocked him down again, but he could not secure a knockout, and Eubank earned many more fans for his gutsy performance. In the end, Calzaghe went on to secure an emphatic points victory, and he ended his career with a 46-0 record after beating Mikel Kessler, Bernard Hopkins and Roy Jones Jr. He is now rated the greatest super-middleweight of all time.

The rematch between Froch and Groves was another gripping showdown that dominated the back pages for several weeks. The first fight was dubbed the Battle of Britain. It pitted WBA and IBF super-middleweight champion Froch against the undefeated Groves at the Manchester Arena in 2013. Froch prevailed courtesy of a ninth round technical knockout, but the ending was mired in controversy. Groves had consistently outboxed Froch and landed plenty of clean shots, so he was ahead on all three judges’ cards when referee Howard Foster jumped in to stop the fight. Groves had just been wobbled by some powerful right hands from his opponent, but he was incensed at the decision to stop the fight.

It led to a great deal of anticipation as the rematch approached six months later. It was the first boxing event to be held at the new Wembley Stadium, and it broke the British attendance record. Both men engaged in a great deal of trash talking in the build-up, with both men vowing to score a knockout. The opening rounds were cagey, but Groves seemed to be growing into the contest when Froch put his lights out with a devastating right hook in the eighth. Groves went on to become WBA champion, and he retained it twice by beating British contenders Jamie Cox and Chris Eubank Jr.

Former world heavyweight champion Haye engaged in two pulsating battles with Bellew in 2017 and 2018. Haye was coming back from a four-year absence from the ring, whereas the up-and-coming Bellew had just defended his world cruiserweight title by beating B.J. Flores. He took the unusual step of relinquishing his cruiserweight title to fight Haye after a ferocious war of words. Many expected Haye – the huge favourite in the boxing odds – to cruise to victory, but it was not to be, as Bellew scored an 11th round knockout. Haye said it was a fluke, and they met for a rematch the following year, but Bellew destroyed him in five rounds.

Where Would Fury vs. Joshua Rank?

A unification heavyweight title bout between Fury and Joshua would be the biggest fight in British boxing history. Lewis and Bruno were by no means the top two heavyweights in the world when they met in 1993, and only one belt was up for grabs. The Haye-Bellew and Froch-Groves fights pale in comparison, while Calzaghe’s showdown with Eubank did not feature two men at the peak of their powers. The only fight in British boxing history that could possibly match Joshua-Fury in the anticipation stakes is Eubank versus Benn. However, Fury and Joshua are now global icons, and – like it or not – the heavyweight division always garners more attention than any other weight class, so it would be the most anticipated all-British boxing bout of all time. 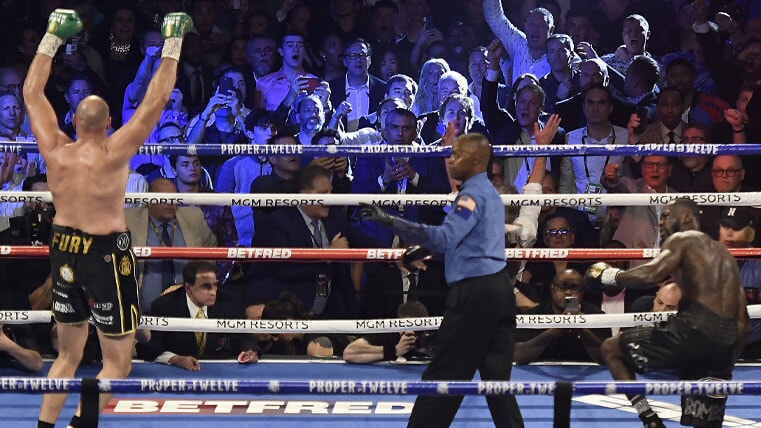