Biggest Moments of Controversy from the European Championships

Football fans will have to wait until next summer to watch Europe’s finest players battle it out for supremacy after Euro 2020 was postponed. In the meantime we have rounded up some of the most controversial moments from previous tournaments in order to whet your appetite.

A Convenient Scoreline for the Nordics - Euro 2004

Sweden and Denmark went into their final group game at Euro 2004 knowing that a 2-2 draw would be enough to send them both through to the knockout stage. A 1-1 or a 0-0 draw would not be good enough if Italy beat group whipping boys Bulgaria in their final game, so fans hoped for a high-scoring draw. Italy duly beat the Bulgarians, but they were astonished to see that their Nordic rivals had indeed drawn 2-2. Sweden’s Matthias Johnson banged in a convenient 89th minute equaliser, and the Italians were apoplectic. Goalkeeper Gianluigi Buffon accused Sweden and Denmark of match fixing, but UEFA ruled that no foul play had occurred.

Portugal were three minutes away from earning a penalty shootout in their Euro 2000 semi-final against France. David Trezeguet unleashed a strike, Vitor Baia saved and it dropped into the path of Sylvain Wiltord. The Arsenal forward’s rebound crashed straight into Abel Xavier’s supporting hand as the Portuguese defender cleared the ball off the line, and referee Guenter Benko awarded Les Bleus a corner. However, the assistant referee got involved and Benko ended up awarding France a penalty. After vehement Portuguese protests finally abated, Zinedine Zidane fired in the spot-kick and France went through to the final, where they beat Italy 2-1. Yet Xavier remained incensed and maintains to this day that the Portuguese were robbed. 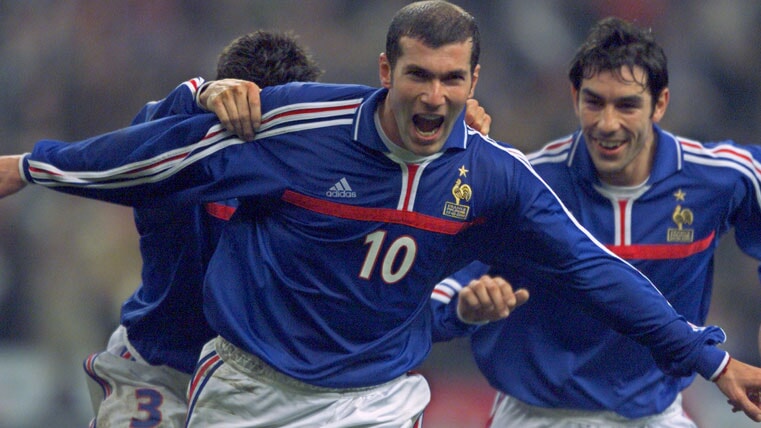 English referee Howard Webb found himself in the spotlight over his controversial decision to award Austria a late penalty at Euro 2008. The Austrians were on the brink of elimination and opponents Poland were close to wrapping up a crucial victory. Yet Webb then intervened in the 93rd minute. He decided that Marcin Wasilewski has pulled Sebastian Prodl’s shirt, but it looked very soft. Ivica Vastic tucked the penalty in and Austria secured a point. Poland’s players went berserk and even president Lech Kaczynski berated Webb, but it was not enough to prevent Poland from crashing out at the group stage.

The Dutch were overjoyed after coming from behind to pull off a famous 2-1 victory over fierce rivals West Germany at Euro 1988. Defender Ronald Koeman swapped shirts with German rival Olaf Thon and then pretended to wipe his backside with it. It caused uproar, but Koeman displayed zero remorse when questioned about the gesture. The Netherlands went on to win the tournament, but it remains their only European Championship triumph.

Many felt they had a strong chance of success at Euro 1996, thanks to the depth of quality in their star-studded squad, but they displayed more controversy as a racial divide scuppered their chances of success.

Taylor Turns Into a Turnip, Euro 92

England manager Graham Taylor famously denied Gary Lineker the chance to equal Sir Bobby Charlton’s goalscoring record at Euro 1992. The Three Lions were drawing 1-1 with Sweden in their final group game when Taylor made the controversial decision to bring on Alan Smith in place of Lineker for the final half hour. Lineker could not hide his fury as he stormed off, and Smith proved ineffective as England ended up losing the game and crashing out. A tabloid newspaper superimposed a turnip over Taylor’s face and he never shook the nickname. 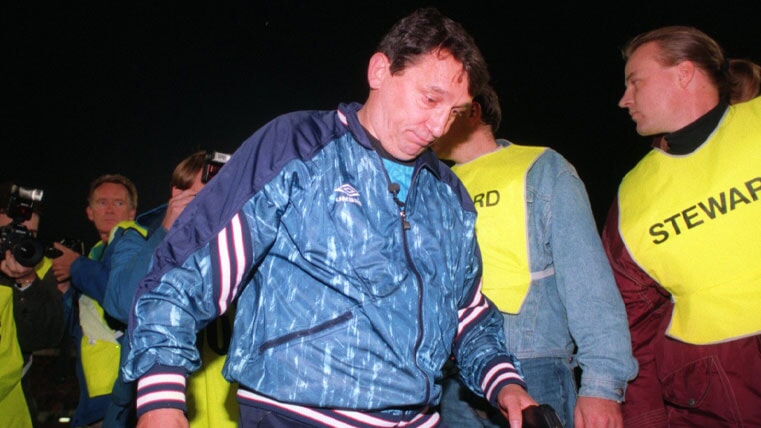 The Spanish were on the receiving end of some questionable decisions from the officials during their clash with England at Euro 1996. Julio Salinas had a perfectly good goal ruled out for offside. Jose Luis Caminero was denied a strong penalty shout and Kiko was also adjudged to be offside when he fired past David Seaman, even though it looked borderline. Hosts England prevailed in a penalty shootout and Spain’s players cried foul. “We not only played against 11 players and 70,000 fans but also three officials,” said an enraged Salinas after the game. “It was impossible to win.”

The first ever European Championship took place in 1960. France earned the right to host the semi-finals and the final, but all prior clashes took place on a home and away basis. A brilliant Spanish side boasting the likes of Alfredo Di Stefano thrashed Portugal 7-2 to book a place in the quarter-finals, where they were due to face the Soviet Union. However, General Franco banned them from travelling to the USSR, which supported his enemies during the Spanish Civil War. Spain had to forfeit their place in the last eight, and the Soviet Union progressed to the semis with a bye. They went on to beat Czechoslovakia in the semi-finals and then picked up a 2-1 extra-time victory over Yugoslavia in the final to lift the trophy. However, that could all have been different if Spain, arguably the tournament favourites, had been able to play against them in the last eight.

Arsenal defender Sol Campbell wheeled away in delight after bundling the ball into the net in the final minute of their Euro 2004 quarter-final against Portugal. David Beckham’s delivery caused chaos in the opposition penalty area and Campbell reacted quickest to finish it off. It would have ensured a famous 3-2 victory at the end of a thrilling game, but the referee disallowed it. Campbell was adjudged to have fouled Portuguese goalkeeper Ricardo, and the scoreline remained 2-2. It went to penalties and goalkeeper Ricardo was the hero, saving from Darius Vassell and then stepping up to bang in the winning spot-kick himself. The shootout also saw Beckham slip as he was taking his penalty, resulting in him firing over the bar in a horribly disappointing elimination for the Three Lions.

With uncertainty surrounding sports at the moment, we group together the latest news and developments around the globe.
Read more

How To Finish The Premier League?

We don't know what the future holds, but there's plenty of options for the Premier League to decide the season.
Read more