EFL Play-Off Finals 2019 Preview: Which sides are Best Equipped to Take the Glory of Promotion?

Promotion to the Premier League is worth a cool £195 million nowadays and should make for a tense clash between Aston Villa and Derby on Monday. They will contest the Championship play-off final at Wembley after vanquishing West Brom and Leeds respectively in the semi-finals, and it promises to be a fascinating contest. Three days of exciting football at the national stadium begins with the League Two play-off final between Newport County and Tranmere on Saturday. Sunderland will bid to surge back into the Championship at the first time of asking when they lock horns with Charlton in Sunday’s League One play-off final. By Tuesday morning, three teams will be expressing their excitement, while another three will be wallowing in misery. 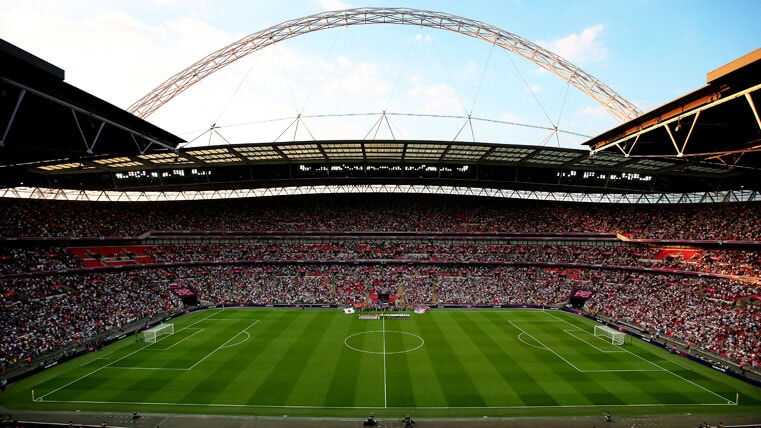 These teams finished seventh and sixth respectively in the League Two table and both have defied the odds to surge into the playoff finals. Momentum is crucial at this stage of the season and Newport finished the season on a 10-game unbeaten streak to sneak into the top seven. They then went into their semi-final against fourth placed Mansfield – who blew their chances of automatic promotion with a spectacular late season meltdown – and triumphed after a second-leg penalty shootout.

Newport have never reached League One, while Tranmere are historically a bigger club. They are bidding to secure back-to-back promotions after successfully navigating last season’s National League playoffs. Micky Mellon is aiming to return Tranmere to their former glories and they did well to defeat Forest Green in the semis and surge into the final. Mellon’s men are the narrow favourites to win this game in the football spread betting, but this could develop into a tight game, and both teams will fancy their chances of success. It finished 1-0 to Newport when these teams met at Prenton Park earlier this season, and then they played out a 0-0 draw in Wales last month.

The Black Cats are aiming to yo-yo back up to the Championship after suffering two consecutive relegations. In 2017 they had Jermain Defoe, Victor Anichebe and Fabio Borini up front and they were playing Premier League matches at Anfield and Old Trafford. This year they have been playing at Glanford Park in Scunthorpe and Bescot Stadium in Walsall, Defoe is long gone and the entire playing staff have changed. They are by far and away the biggest club in this division, but it has been another tumultuous season for Sunderland, who slipped from second to fifth in the League One table after taking just two points from their final four games.

They now face an in-form Charlton side, who won their final three games to leapfrog Sunderland in the standings and then edged past Doncaster Rovers on penalties in the play-off semi-finals. Sunderland prevailed in a gripping two-legged contest with Portsmouth to set up this tie. The Black Cats are the slight favourites, but Charlton have arguably the division’s finest striker in Lyle Taylor, who rejected Sunderland to join them last summer. Sunderland beat Charlton 2-1 at the Stadium of Light earlier this season, and the return game saw a 1-1 draw at The Valley in January. 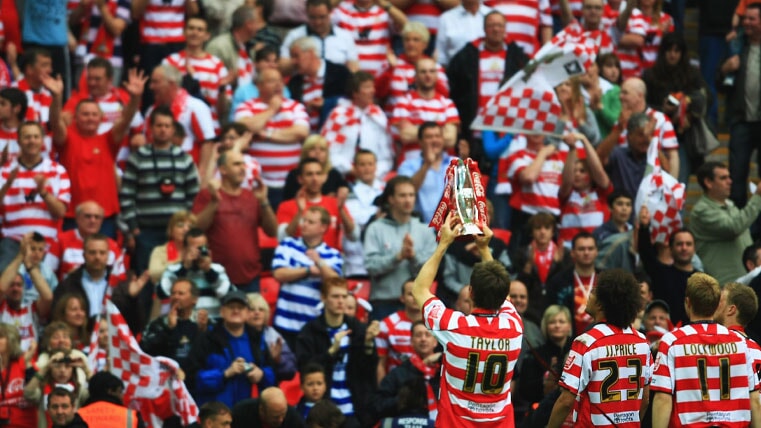 Aston Villa have now spent three seasons languishing in the Championship and fans of this historic club are desperate to return to the big time. They have been steadily improving since dropping down to the second tier of English football in 2016. They finished in 13th place in their first season in the Championship and many of their key players left and new arrivals needed time to gel. Steve Bruce took them into the play-offs last season after a fourth placed finish, but they suffered a heart-breaking defeat at the hands of Fulham in the final. Bruce left in October this season, with Villa struggling, but Dean Smith has turned things around and they embarked on a strong 12-game unbeaten streak in 2019.

It ended with a 2-1 defeat to champions Norwich on the final day, but Aston Villa scraped past West Brom in the play-off semi-finals and now they have another shot at promotion. They have been largely reliant on the goals of on-loan forward Tammy Abraham and the creative brilliance of Jack Grealish, arguably the best player in the Championship. That has made them a formidable force going forwards, but they ultimately conceded too many goals to secure an automatic promotion berth.

Former Chelsea midfielder Frank Lampard has enjoyed an excellent first season as a manager, guiding Derby to a sixth placed finish and into the play-offs. They ended the campaign with four wins and two draws from their final six games to see off the threat of a marauding Middlesbrough side. They lost the opening leg of their semi-final against Marcelo Bielsa’s highly-rated Leeds United, but then the Rams turned it around with a brilliant 4-2 victory at Elland Road last week.

Half-time substitute Jack Marriott was the hero as he banged in two decisive goals, while Mason Mount and Harry Wilson were both on target. Derby have not scored as many goals as Aston Villa this season, but they have kept things tighter at the back. Wilson is their greatest goal threat, but they have several dangerous players going forwards. They reached the play-off semi-finals last season, losing 2-1 on aggregate to Fulham after winning the opening game 1-0, and now they are bidding to return to the top flight after an 11-year absence.

However, Aston Villa should have a psychological advantage heading into this game after they dominated Derby in both meetings this season. Three late goals from John McGinn, Abraham and Conor Hourihane handed them a 3-0 victory on the road at Pride Park, and then a Hourihane brace and strikes from Abraham and Grealish put Derby to the sword in a 4-0 victory at Villa Park in March. Yet Derby proved that anything can happen when they saw off a heavily fancied Leeds side last time out, so this looks like another thrilling contest in the making.

Anyone interested in spread betting on the Championship can find a huge range of markets on this momentous clash between Villa and Derby, so check out the options and get involved in the excitement!