Football Postponements & How The Seasons Ended

Football Postponements From History & How The Seasons Were Decided

Billions of people across the world have had to self-isolate as authorities desperately scramble to contain the rampaging coronavirus. Friends are being advised not to meet up, pubs are closing their doors and there is an increasingly urgent food and toilet paper shortage. To make matters worse, there is no football to get us through the lengthy period of quarantine, as leagues across the world have been forced to suspend their seasons. The Premier League are committed to completing the season and all being well will resume on 30th April but that is of course dependent on if Covid-19 can be beaten over the coming weeks.

Football Manager downloads have gone through the roof, FIFA 20 has enjoyed a tremendous boost and the most upvoted goal highlight on Reddit is Donkey Kong scoring a bicycle kick from Yoshi’s assist. Fan forums, social media channels and blogs are also abuzz with chatter about how the season will be decided should the league not resume in May. Will Liverpool be handed the Premier League title? Will anyone be relegated or promoted? This is not the first time that football has had to be postponed, and the history books might offer some answers as to how this situation could be settled:

Britain suffered one of the coldest winters on record as temperatures plunged to -16C during the 1962/63 campaign. Snow fell on Boxing Day and it stayed on the ground until February, ruining pitches across the country. Rivers froze over and Britain came to a virtual standstill. The Big Freeze wiped out almost three months of football, leading hundreds of games to be postponed. Clubs called for the season to be cancelled, but the FA decided to persist.

There was no major international tournament that summer, so the campaign was simply extended into June. Fixture congestion was gruelling for the players, but they eventually completed the season. When all was said and done, Everton were crowned First Division champions, and Man Utd beat Leicester 3-1 in the FA Cup final. However, it is difficult to draw parallels between that season and the current one, as everybody knew the snow would eventually thaw, whereas a coronavirus lockdown could last for a long time.

Blackpool were flying high at the top of the First Division table when German troops invaded Poland in 1939. Britain swiftly declared war upon Germany and the government implemented the Emergency Powers (Defence) Act 1939, banning all large public gatherings. Football fans clearly understood the need to abandon the beautiful game, but it was nevertheless a blow for Blackpool. 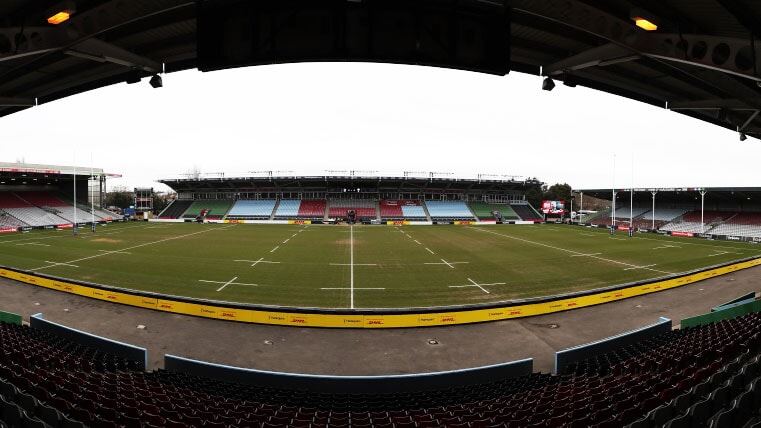 The Tangerines has finished 15th in the previous campaign, but they came flying out of the blocks in 1939/40, with three wins out of three. The season was abandoned and Blackpool ended up competing in the North-West Regional League instead, while Britain began war with the Nazis. They could only finish third in that league. Football did not resume until 1946-47, when Liverpool finished a point clear of Man Utd and Wolves to secure the First Division title. Football fans will hope the current hiatus does not last quite so long.

The Scudetto was divided into Northern Italy and Central & Southern Italy back in the 1914/15 season. Teams would be divided into qualification groups, and those with the best records would make it through to another set of semi-finals groups. Then the top four teams in each region would qualify for the final round. Lazio finished top of their final round classification after winning five out of six games, leaving them ahead of Pisa, Roman and Lucca. That saw them qualify for a grand final showdown against the winner from Northern Italy.

Genoa were top of the pile in that region. They had picked up three wins, a draw and one defeat from five games, leaving them two points clear of Torino. Yet Torino had a better goal difference, and victory over Genoa in the final group game could have seen them surge into the big final to face Lazio instead. In the end the games had to be abandoned due to the outbreak of World War 1, leaving fans frustrated.

After the war, the Italian Football Federation inexplicably decided to hand the 1914/15 title to Genoa. It is a decision that still rankles Lazio to this day. They had qualified for the final showdown, they had the most points and the best goal difference, and the club has long campaigned to be named joint champions for that season.

Chile’s top football league, the Campeonato Nacional, had to be abandoned last year after a series of major riots broke out across the country. It began with protests about a decision to raise the subway fare in Santiago, but rapidly evolved into a movement railing against inequality, privatisation and the increased cost of living. At the time, Universidad Catolica held a 13-point lead over Colo-Colo at the top of the table, with six rounds of fixtures left to play.

The competition was suspended in October, and an attempt to resume normal activity resulted in failure, with just one match completed. The league’s council of presidents voted to abandon the season and declare Universidad Catolica the champions in November. Colo-Colo and Palestino were awarded a place in the Copa Libertadores – the South American equivalent of the Champions League – which was harsh on Union La Calera, who were just a point behind Palestino. Six teams were on 34 points, but only three of them were handed qualification for Copa Sudamericana, as they had a superior goal difference.

The leagues decided that no teams would be relegated or promoted, which drew outrage from clubs battling for promotion in Primera B, the second division. A month later, the authorities relented. Santiago Wanderers, who were leading the competition at the time of the suspension, were declared champions and promoted. Another team was allowed to be promoted via playoffs, and Deportes La Serena eventually joined Santiago Wanderers in reaching the top flight, which will now have two extra teams in 2020. That could provide some comfort to West Brom and Leeds, who are currently flying high in the Championship, while the likes of Norwich might start to believe they can beat relegation if a similar approach is adopted in England if the worst was to happen and the season couldn't be completed.