Footballers Who Failed To Deliver Internationally

World Class Players Who Failed to Deliver on The International Stage

History is littered with world-class footballers that dazzled for their clubs and yet never quite managed to deliver on the international stage. These seven superstars racked up impressive medal hauls over the course of their careers, but never scaled the same heights when representing their countries.

The silky winger from Boulogne-sur-Mer was France’s great hope after Zinedine Zidane retired in 2006. He had a fine World Cup that year, and he was expected to lead Les Bleus to glory in future tournaments. However, they flopped at Euro 2008, suffered humiliation at the 2010 World Cup and failed to mount a challenge at Euro 2012. Ribery was ruled out of the 2014 World Cup through injury and chose to retire from international duty that year. France then went on to win the 2018 World Cup, but Ribery could only watch the action from afar. He retired from club football the following year, having won nine Bundesliga titles and the Champions League with Bayern Munich. He will go down as a legend of the club game, but he frequently proved ineffective for his country.

The Man Utd maestro is widely considered to be one of the greatest midfielders of all time. Xavi hailed him as the finest midfield talent of the past 20 years, Thierry Henry described him as the best player in Premier League history and legends like Socrates were full of superlatives for him. Scholes won 11 Premier League titles during his career, along with three FA Cups and two Champions League titles. He was frequently unplayable. He should have been the crowning jewel in England’s golden generation, which also featured Ashley Cole, Sol Campbell, Rio Ferdinand, Steven Gerrard, Frank Lampard, David Beckham, Michael Owen and Wayne Rooney. However, England could never find a way to accommodate Scholes, Gerrard and Lampard in the same team. Scholes was shunted out to the left on a midfield four, but it never quite worked, and the Golden Generation failed to seize any silverware, despite regularly being among the favourites in the football spread betting at big tournaments. He retired from international football at the age of just 29, with only 14 goals in 66 games, and it remains a source of disappointment for him. 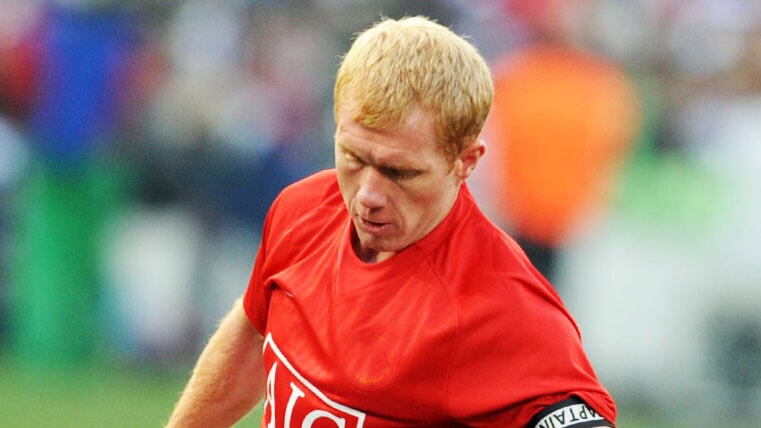 Hansen was another legend of the English top flight that never made an impact for his country. He helped lead Liverpool to eight First Division titles, three European Cups and two FA Cups, while he was regularly named in the PFA Team of the Year and went on to captain the side during title-winning campaigns. However, he only managed to accrue 26 caps for Scotland, who always preferred a defensive pairing of Willie Miller and Alex McLeish. In fairness, they played together for Aberdeen and had a strong understanding, but it is remarkable to think that Scotland decided not to make use of such a talented player as Hansen. Alex Ferguson took control of the Scottish squad for the 1986 World Cup in Mexico, and he decided to drop Hansen. He won the last of his caps the following year, and never helped Scotland make a splash at an international tournament.

Anelka burst onto the scene as a lethal teenage striker for Arsenal back in the late 1990s. He quickly forced through a transfer to Real Madrid and promptly flopped, before embarking on a fascinating career that took in stints at PSG, Liverpool, Man City, Fenerbahce, Bolton, Chelsea, Shanghai Shenhua, Juventus, West Brom and Mumbai City FC. He won the Premier League, Serie A, the Turkish Super Lig and the Champions League, and banged in more than 150 league goals.

However, he was another source of disappointment for French fans. He scored just 14 goals in 69 games, and he was totally overshadowed by Thierry Henry and David Trezeguet. Anelka was sent home from the 2010 World Cup following a half-time bust-up with manager Raymond Domenech in a 2-0 defeat to Mexico, and he was then hit with an 18-game suspension from international football as punishment for his actions, which effectively ended an underwhelming international career.

Best was another Man Utd legend who frequently delivered moments of sheer genius when playing for his club. He led the Red Devils to the First Division title in 1965 and 1967 and then to European Cup glory in 1968. Best formed a devastating attacking triumvirate with Bobby Charlton and Dennis Law, and he was widely revered for his astonishing ball control, pace, skill, flair and ability to beat defenders. He was easily the best player to ever pull on the green shirt of Northern Ireland, but he never managed to represent them at a major tournament.

Best ended up with just 37 caps for his country, and he is regarded as one of the greatest players to have never appeared at a World Cup, along with George Weah, Aldredo Di Stefano and Ryan Giggs. 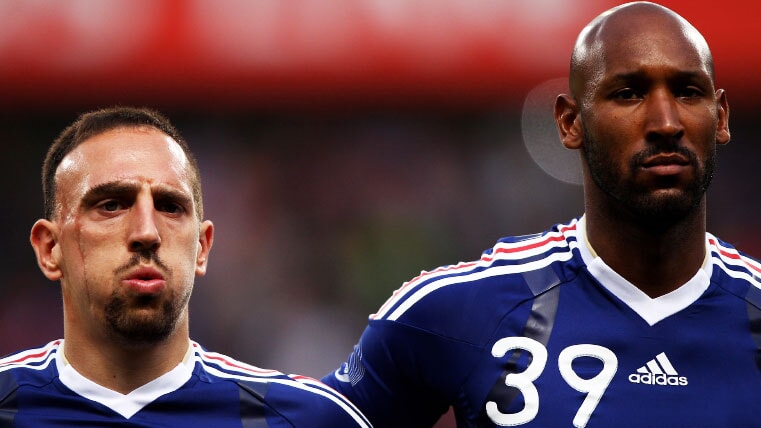 The snarling striker made his Brazil debut in a friendly match against Italy in 2013 and then he played in another friendly against Russia four days later. Yet he then made a controversial decision to abandon the country of his birth and request permission to represent Spain instead. He had lived in Madrid for many years, and he decided he would rather represent the Spanish. As he had only played in friendlies, FIFA allowed him to switch allegiances. “He is turning his back on a dream of millions, to represent our national team, the five-time champions in a World Cup in Brazil,” lamented Brazil coach Luiz Felipe Scolari. Spain had David Villa and Fernando Torres in their squad, but Costa muscled his way into the team. They should have enjoyed a phenomenal tournament, with Xavi, Andres Iniesta, Xabi Alonso and David Silva in midfield and Costa up top - and they were among the favourites in the football odds - but they flopped and Costa was ineffective. He then failed to find the net in 515 minutes for his country, before his goal drought finally ended in a routine win against the minnows of Luxembourg. Spain have a dreadful record since Costa started leading the line and, at the age of 31, he is running out of time to make amends.

Barnes played alongside Hansen in the dominant Liverpool team that flourished in the late 1980s, and he was named PFA Player of the Year in 1988. He won two league titles during his time at Anfield, and Liverpool fans have named him their greatest player of all time in polls. His form was enough to earn him 79 caps for England, but he never managed to replicate his club form for the Three Lions. He managed just 11 goals for his country, and manager Bobby Robson described Barnes as the greatest enigma of his career after lambasting his inconsistency. Barnes later criticised England’s systems as being too rigid, and said he enjoyed a lot more freedom to express himself under Kenny Dalglish at Liverpool. He argued that England also failed to get the best out of Glen Hoddle and Chris Waddle, which is a fair point, and it is sad that the national team never managed to allow this world-class winger to display his full potential on the international stage.