How England Rose To The Top Of T20s | Sporting Index

Is There A Correlation Between English Players In The IPL And England Doing Better?

Jofra Archer and Eoin Morgan are among the England stars that have dazzled fans with their brilliance when playing in the IPL this autumn. Archer took 20 wickets and ended the league stage with a lower economy rate than any of his fellow steamers. Morgan hit 418 runs, including an unbeaten 68 off 35 balls to lead his Kolkata Knight Riders team to victory in their must-win final match. Sam Curran was also on fire for Chennai Super Kings, while there were flashes of brilliance from Ben Stokes, Jos Buttler and others.

Next up is the Big Bash, where the likes of Jason Roy, Tom Curran and Dawid Malan will bid to take Australia by storm. Touring the world to play in white-ball tournaments is proving to be a lucrative enterprise for England's best players, and it could also explain why England's limited-overs results have improved so dramatically in recent years.

England won the World Cup in thrilling fashion last year, courtesy of a late salvo from the irrepressible Stokes in the final. They have sat comfortably atop the world ODI rankings for several years. England's ODI side boast the world's most formidable batting unit, blessed with an embarrassment of riches. They are also spoilt for choice in the bowling department, as evidence when David Willey was brutally axed to make way for Archer before the World Cup.

England's T20 side are also in fine form right now. They are up to second in the world rankings, narrowly behind Australia. Morgan's men made a mockery of that ranking by easing to victory against Australia in a T20 series in September, proving that they are the white-ball kings of the world. When the delayed T20 World Cup finally takes place Down Under, they will certainly be among the favourites in the cricket odds to lift the trophy.

First-class cricket purists can only dream of England enjoying such dominance in the longer format. Root's side sit fourth in the Test team rankings following rain affected series wins against the West Indies and Pakistan earlier this year, you would have a hard job convincing rival fans that they are the world's best team, and they are often underdogs in the cricket spread betting when playing against heavyweights like Australia and India.

Stokes is paid £1.4 million per year to play for Rajasthan Royals in the IPL. The Royals did not make the playoffs this year, meaning the charismatic all-rounder earned £100,000 per appearance. Tom Curran is paid £1.1 million to play for the Royals, while Morgan makes roughly £550,000 for representing Kolkata. Not bad for seven weeks work.

It is easy to see why players primarily focus on cracking the shorter form when you consider the sort of riches that are on offer. First-class cricket simply cannot compete with those sums.

The minimum wage for full-time professional players in county cricket has just been lowered from £27,500 to £24,000. The best players naturally earn more, while a Test appearance for England is worth £15,000, but overall the top players can earn a lot more money playing limited-overs cricket, and the gap between the two is widening. 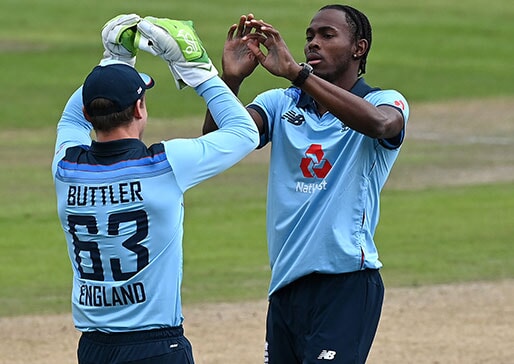 That has an impact on the sort of skills they develop. Many young batsmen focus on becoming as explosive and dynamic as possible at the crease in order to rack up a large number of runs off a relatively low number of balls. Many lack the patience, the discipline and the defensive nous to protect a wicket for long spells. They are becoming better at hitting astounding scoop shots and slamming sixes, but they spend less time practicing the sort of smooth cover drives, traditional cut shots and straight drives required in Test cricket.

You now see wickets fall like bowling pins in Test matches, with irresponsible shots galore. Bowlers generally like to appear in short bursts. They possess phenomenal levels of variety, but lack consistency. There are, of course, notable exceptions. Stokes instantly springs to mind thanks to his sheer mastery of all forms of the game. This certainly is not one of those articles that bemoans the advent of white-ball cricket and accuses it of killing true cricket.

It just stands to reason that many players dream of starring in tournaments like the IPL and the Big Bash. They are handsomely paid, they draw passionate support and they engage in exciting, quickfire battles with the best players in the world. That naturally filters back down to the England set up, and the result is that the ODI side are world champions, the T20 team could well follow suit next year, and the Test team regularly wrestles with an identity crisis.

The continued success of tournaments like the Big Bash and the IPL can only be a positive for England's T20 team. Stars will continue to hone their skills in a bid to thrive within these competitions, and they will gain valuable experience playing abroad against the world's best players.

The IPL was only founded in 2008, and it has only really started to lure English players with massive salaries in the past few years. It offers a higher standard, and more matches, than England players would otherwise be exposed to. That experience has unsurprisingly coincided with a sharp uptick in England's T20 results, and the selectors will continue to base their decisions on players' performances in that tournament.

What do you make of England's increasing presence in short form leagues around the world? Make sure you check out our cricket spread betting markets and fixed cricket odds for all the latest goings on in the world of sport!