How Will The Summer Cricket Season Look?

How Will The Domestic Cricket Season Look This Summer?

It is now 13 weeks since the England & Wales Cricket Board suspended club cricket as a result of the global pandemic. Many fans feared that the 2020 season would be scrapped due to safety concerns, in-fighting amongst the clubs and financial issues. However, it is now looking increasingly likely that a domestic cricket season will begin on 1 August. Several clubs are poised to return to training next week in order to give their players six weeks to prepare for the battles that lie ahead, and spectators could even be allowed to watch the action. Read on for the full lowdown on what the upcoming domestic season might look like.

When will clubs return to training?

Lancashire and Surrey are the only two clubs that did not take advantage of the UK government’s furlough scheme, and their players are already in training. Clubs have received a significant financial boost by furloughing their players, which sees the government pay 80% of their wages up to a maximum of £2,500 per month. Yet many are now planning to bring their players back off furlough in order to give them adequate time to prepare. ESPN reported that Worcestershire and some other big clubs are planning to return to training on 22 June, and Somerset and various others are set to begin on 1 July.

Are the clubs all keen for the season to resume?

There have been several reports of simmering tensions between the clubs. The larger outfits have claimed that some smaller clubs are resisting plans for a domestic season to take place this summer. They accuse some counties of abusing the furlough scheme and hoping to make a profit by remaining mothballed for the rest of 2020. However, it seems that the impasse has now been broken. Northampton, the club that was arguably the most reluctant for play to resume, released a statement this week insisting that they have always wanted to play as much cricket as possible this year. It appears that pressure from the supporters and the players helped sway them.

Do all the players want to return to action?

A number of players have voiced concerns over return to action during the current age of contagion. That is especially true among players with pregnant partners. It is therefore likely that players will have to choose whether or not they want to opt in, with reports of a questionnaire materialising at some point. Players have already agreed to a 20% pay cut, and they could be asked to return to training with that still in place. The ECB previously announced an interim funding package of £61 million to support the recreational and first-class game, and clubs have been paid all the money due until the end of July.

Will there be any overseas players?

It is highly unlikely that overseas players will be able to compete this year. Most have already had their contracts cancelled. Anyone arriving in the UK is subjected to a 14-day quarantine period, and international travel is generally difficult right now, with several countries having closed their borders in a bid to stem the spread of the coronavirus, so fans will have to make do with domestic stars. 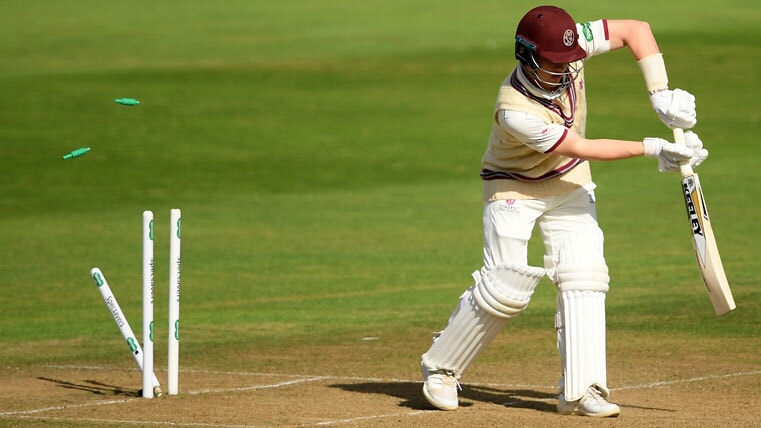 The Professional Game Group is keen to start the season with four-day cricket in August. However, that would require players to stay at hotels, so it might make sense to start with 50-over matches and then build up to first-class cricket later in the year. Players could drive to and from 50-over and T20 matches fully kitted and ready to play, making white-ball cricket potentially easier from a health and safety and logistics standpoint.

Will all 18 counties have the opportunity to be crowned champions?

That is also looking increasingly likely. The clubs have been divided into two divisions since 2000, with only the nine teams in the top division capable of being crowned champions. This year was supposed to see the first ever 10-team top division. Yet it now looks likely that all 18 counties will have the chance to win the championship this year. The plan with the most traction involves each county playing five first-class matches over a two-month season. The top two counties in an 18-team table would then meet in the final. These plans still need to be approved by the county chairs and ratified by the ECB board. However, this competition may be replaced with a one-day competition if welfare and logistical concerns prove too problematic. The season should be permitted to run until October, but it cannot run much later than that as the weather will not permit it.

What might happen if this new look championship is abandoned?

If it simply proves too problematic to host this abridged championship, clubs would be permitted to arrange fixtures against local rivals. For example, Lancashire could take on Yorkshire and Surrey could face Middlesex, as the commutes would be driveable. The next step is for the ECB to provide more guidance about the season’s return, the shape it will take and the financial support it will offer to clubs that will not be able to make money through ticket sales. Yet it seems all but certain that we will see first-class and limited-over cricket from August.

What about the Twenty20 Blast?

That is set to begin at the end of August, which is around 11 weeks away. Clubs hope that they will be able to welcome some spectators into their grounds by that point. Non-essential retail stores have now reopened across the UK, and Brits should be allowed to return to pubs next month, so clubs hope they will be allowed to welcome spectators in a socially distanced fashion by the end of August.

Is there anything else for cricket fans to look forward to?

England will play three Test matches against the West Indies in July. The first takes place from 8-12 July at the Rose Bowl in Hampshire, and then there are two Tests at Old Trafford later that month. We have some great cricket spreads and cricket odds on the action. England will then play Pakistan in Test and T20 matches. Cricket chiefs insist they are still planning to host the T20 World Cup in Australia later this year, and IPL officials are working on a plan to host matches behind closed doors too. There was talk of it being played abroad, but franchises have poured cold water on that, leaving officials scrambling to devise a plan to host the delayed season on Indian soil.

The Return of the Premier League

The Premier League will return in a blaze of glory when relegation threatened Aston Villa host Sheff Utd on Wednesday.....
Read more

The Return of Serie A

Football fans can look forward to a number of exciting clashes when Serie A returns to action this month....
Read more

The Return of UK Horse Racing

We can now look forward to plenty more big meetings and races in the weeks ahead across the UK...
Read more