Just four teams remain standing at the cricket World Cup and fans can look forward to a pair of cracking semi-finals this week. India stormed to victory over Sri Lanka at the weekend to finish top of the pile in the round robin stage, and their reward is a clash against struggling New Zealand. Australia came up short against southern hemisphere rivals South Africa in their final group game, and that means they face the monumental task of trying to beat England in their own backyard (again). Eoin Morgan’s men have roared back to form at the perfect time and will carry a great deal of momentum into this clash. Expect fireworks in both matches. 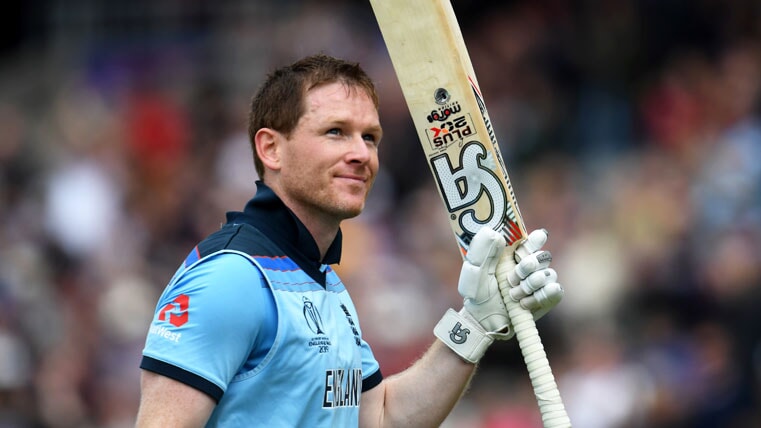 The Hosts' Journey to the Semi-Finals

England were the pre-tournament favourites after sitting atop the world rankings for 14 months, and the side were expected to cruise through to the semi-finals. They made the perfect start by thumping South Africa, but then suffered a chastening defeat at the hands of Pakistan. Subsequent losses to Sri Lanka and Australia left Morgan’s men staring down the barrel of elimination, but they rediscovered their best form just in the nick of time. First up England toppled unbeaten India thanks to a scintillating performance from Jonny Bairstow, and they followed it up with another famous triumph against New Zealand to clinch third place, with six wins from nine matches.

England are now into their first World Cup semi-final since 1992 and should be roared on by a passionate home support at Edgbaston on Thursday. They will be up against their fiercest rivals, as the enmity between England and Australia runs deep. England’s ODI team wiped the floor with the Australians a couple of years ago, helping to heal the wounds caused by their Ashes humiliation. Since then, Australia have engaged in a spell of soul-searching following the ball tampering scandal that saw Steve Smith, David Warner and Cameron Bancroft hit with lengthy bans. 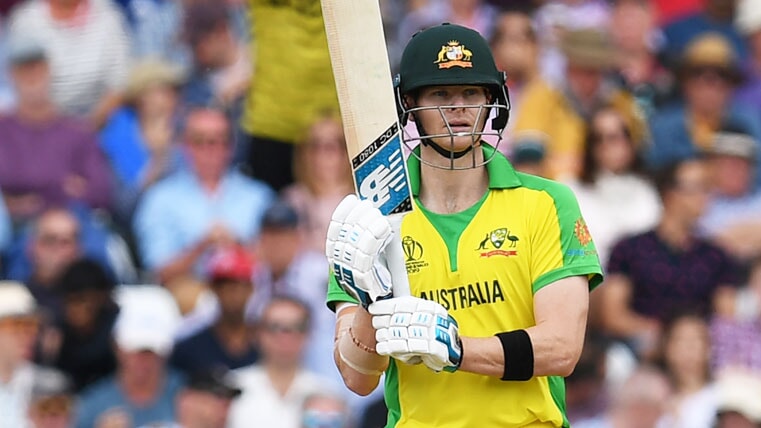 But Australia are now back in business. Aaron Finch captains the side these days, but Smith and Warner are back in the fold – and the English fans have been booing them all summer. Yet that did not stop the controversy courting pair lead Australia to victory over England in a World Cup warm-up match, before securing a famous triumph over the hosts on 26th June. That could give Finch’s side a psychological advantage heading into Thursday’s match, but our traders make England the favourites on the Supremacy Market

England looked in dire straits after losing to Australia, and many feared they would crash out without reaching the semis. After all, their final two games were against India and New Zealand, the two most impressive teams at the tournament at that point. Yet the manner in which they sailed through to the semis should give fans plenty of encouragement. With opener Jason Roy restored to the side and the underperforming Moeen Ali replaced by dependable Liam Plunkett, a revitalised England looked comfortable in both matches, dominating a previously unbeaten India and then swatting aside the Kiwis with ease. However they face a stern challenge against an Australia team who have had the better of England twice already this summer, and will need to display great reserves of mental strength, tactical flexibility and supreme bravado if they are to succeed.

Australia to Hit England for Six?

Australia are bidding to win a sixth World Cup and their squad is teeming with dangerous players. Having won seven out of nine matches during the round robin they have looked strong throughout the tournament, but doubts may start to creep in after that surprise defeat to South Africa. Now Finch’s troops face the nightmare situation of taking on a resurgent England on enemy territory, as opposed to a seemingly more comfortable clash with a beleaguered New Zealand side they’d already beaten by 86 runs. But of course you should never write the Australians off, as they are blessed with a number of world-class players and have shown time after time that they know how to get the job done in tense situations.

India have been the strongest team throughout this World Cup and our traders now make them the narrow favourites to lift the trophy. In the World Cup Outright 100-0 Index you will find India priced at 33-37, England at 31-35, Australia at 23-27 and New Zealand at 8-11. The men in blue saw their match against New Zealand rained off during the group stage of the tournament, so the most recent encounter between these two sides was back at the start of the year when India toured New Zealand, running out 4-1 winners in a 5 game ODI series.

Rohit Sharma is in sensational form for India, and he became the first man to score five centuries in a single World Cup as his side comfortably overcame Sri Lanka on Saturday. Everyone is waiting for Virat Kohli to spring to life, while Mohammed Shami and Vijay Shankar have the best strike rates at the tournament, so they should certainly feel confident in their chances of success.

Can New Zealand Ride Away on a Dark Horse?

The Black Caps surprised many with their strong showing at the start of the tournament and looked to be coasting through to the knockout stages. However, the wheels have come off in the past couple of weeks, as they slumped to consecutive defeats against Pakistan, Australia and England. Superior net run rate saw them scrape through to the semis in the face of a challenge from Pakistan, but morale is likely to have been impacted after that poor run of form. It will be up to talismanic captain Kane Williamson to galvanise his squad and hope that Martin Guptill can finally hit the kind of scores he’s capable of ahead of Tuesday’s daunting showdown with India. 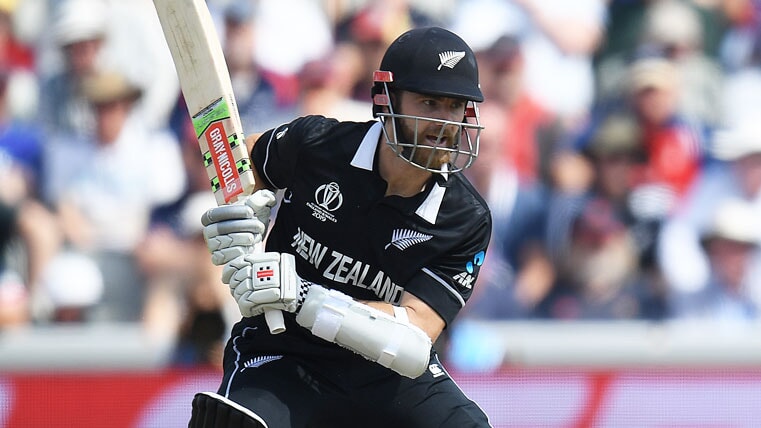 England’s Rollercoaster Form and what has Caused it?

The host side’s form has certainly been turbulent: they are the only team to have beaten India, but the defeats to Pakistan and Sri Lanka didn’t really support their billing as tournament favourites. England had dominated both teams in recent ODI series, suggesting that their mentality under tournament pressure let them down in those games. A little too bold with the bat, key players surrendered their wickets in needless fashion and the team lacked a Plan B. Yet you could also argue that they simply missed injured opener Jason Roy. Since returning to the side in place of the hapless James Vince, Roy and Jonny Bairstow have set England on the path to fine victories against India and New Zealand. Fans will hope Roy remains fit for Thursday’s clash with Australia, and that Bairstow maintains his exceptional spell of form.

Who are the Danger Men in the Semi-Finals?

Many of the world’s finest white ball stars will be in action this week. Tuesday’s game pits Kohli and Williamson against one another for the first time in this World Cup in a titanic battle that could well decide the outcome of the match. New Zealand have a decent all-round team, but India arguably have more danger men. Sharma is in outrageous form, MS Dhoni has bags of experience and Shami and Shankar have been seriously impressive.

England’s batting line-up is teeming with dangerous players: Bairstow and Roy are brilliant openers, Morgan, Joe Root and Jos Buttler are full of menace and then Chris Woakes can be pretty handy too. Yet the key man could once again be Ben Stokes, who has been England’s best player so far at this tournament. The all-rounder has kept his head while those around him have faltered, and he is a great man to have in your team for a tight game like this. With the ball, Jofra Archer has justified his selection with some brilliant performances and will certainly be hoping to add to his 17 wickets so far.

Warner and Smith need no introduction, and they have each showed flashes of their brilliance throughout this tournament. Glen Maxwell has a great strike rate, but he is yet to produce the goods at this World Cup and England will be wary of him exploding into this semi-final. Michell Starc is once again the leading wicket taker, with 26 so far, and few batsmen will relish facing him as he leads a ferocious Australian attack on Thursday.

Which Teams Have Met in the Final the Most?

Australia and Sri Lanka have met in the final twice. In 1996 Sri Lanka beat Australia by seven wickets, and in 2007 the Australians gained revenge with a 53-run victory. No other teams have met more than once in the final.

You can find a wealth of fantastic World Cup Cricket Spreads to add to the drama as these huge matches unfold. You can bet on the Match Supremacy Index or the 100-50-0 Index if you believe you know which team will secure victory. You can also bet on a huge range of markets within the match, including total runs, total fours, total sixes, total wides, Ton-Ups, Multi-Fours and more. Our traders have priced up a bunch of Player Performance markets too, so you can speculate on how well any given player will fare, from Sharma to Stokes.

Alternatively there are a range of futures markets still available such as tournament winner, top run scorer and top wicket taker should you fancy dabbling on one of these markets now all four semi-finalists are known.

Make sure you check out all the latest World Cup Cricket Spreads and grab a stake in the action to heighten the thrill of the Cricket World Cup this year.