Our traders were busy pricing up thousands of markets across a wide range of sports throughout January. Some of their predictions were bang on the money, but others sailed well wide of the mark. These are the results that caught our traders by surprise last month:

Australia travelled to Mumbai to take on India in an eagerly anticipated ODI at Wankhede Stadium on January 14. The Aussies won the toss and opted to bowl first, which proved to be an inspired decision. India were bundled out for 255 in their final over following a middle-order collapse. David Warner and Aaron Finch went out to lead the chase, but they faced a formidable Indian attack featuring Jasprit Bumrah and Ravindra Jadeja. 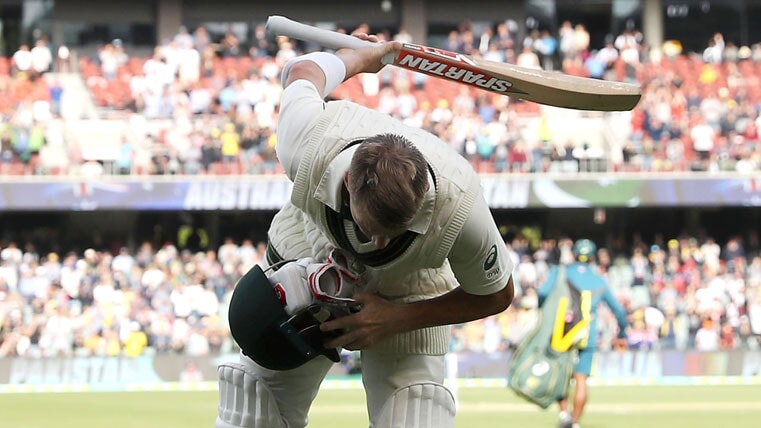 Our traders predicted that Australia would have 45-50 runs on the board by the time the first wicket fell. Yet Warner and Finch made an absolute mockery of that prediction by smashing boundaries at will, leaving Bumrah, Jadeja and Shardul Thakur thoroughly humiliated. Both men proved utterly invincible as they led their team to 258-0, winning the match with a remarkable 74 balls to spare.

It was the second-highest unbeaten opening partnership in ODI history, trailing only the 282 set by Hashim Amla and Quinton de Kock against Bangladesh in Kimberley in 2017. To pull it off against such quality opposition was a terrific feat, and anyone that sold at 50 on this market would have been delighted.

Our traders will assess the relative strengths and weaknesses of each team and then set a Match Supremacy Index before a big sporting event. India are second in the world ODI rankings, they are blessed with a wealth of world-class talent and they were on home turf, so they were handed a Supremacy Index of 7-17 in the sports spread betting lines on that match at Wankhede Stadium. Anyone that sold at 7 might have been pleased to see the Aussies bowl the hosts out for 255.

Warner then hit his 18th ODI century, successfully using the decision review system on two different occasions in the process, while Finch was also on fire. Australia romped to a 10-wicket victory, and a team is handed 10 points for every wicket it wins by in this market, so the final make up was 100, which is -107 below the India Match Supremacy sell price of 7. It was an absolute mauling, but India had the last laugh, as they won the second and third ODIs to clinch a 2-1 series victory.

All-rounder Marcus Stoinis set a new Big Bash record when he surged to a score of 147 not out off just 79 balls when his Melbourne Stars side toppled Sydney Sixers. It was the highest ever score in the history of the competition, beating the 122 not out set by D'Arcy Short two years previously. During his sensational performance, Stoinis hit eight sixes and 13 fours.

That's just the most fun you can ever have in the world,¿ said a jubilant Stoinis after the match. His stand of 207 with fellow opener Hilton Cartwright set another Big Bash record, as the Stars racked up 219-1 in their 20 overs, which the third highest total in the competition¿s history. Our traders set Stoinis a Total Runs Index of 34-38 before the match began, and his 147 was 109 above the buy price. 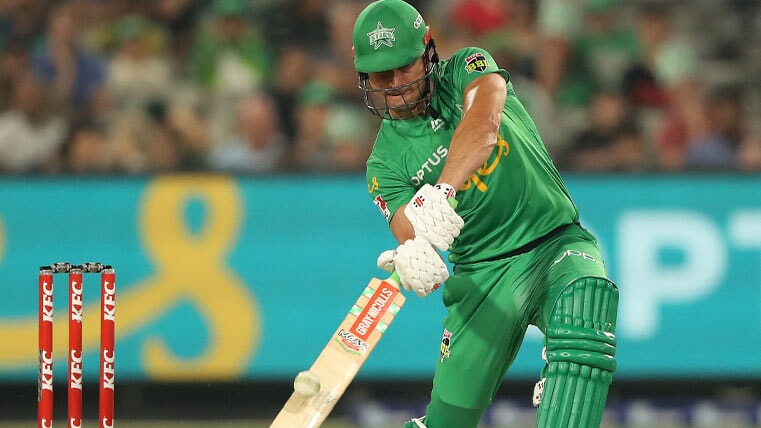 Wimbledon champion Simona Halep edged a tense fourth round battle with Elise Mertens to surge into the quarter-finals of the Australian Open in January. She came face to face with a dangerous opponent in Anett Kontaveit, who demonstrated her prowess by wiping the floor with sixth seed Belinda Bencic earlier in the tournament. Our traders anticipated a lengthy, hard-fought match between two superb players operating at the peak of their respective powers, and they set a Total Points Index of 142-147.

However, Halep's powerful style of play simply overwhelmed the 24-year-old Estonian. She converted three of her eight break point opportunities in the first set to take it 6-1. Halep set a ferocious pace throughout the match and forced Kontaveit into several errors. She wrapped up the second set in similarly imperious fashion and ended up winning 6-1 6-1 in just 53 minutes. It took Halep a mere 88 points to sew up victory, which is 54 below the sell price. However, she then lost 7-6 7-5 to Garbine Muguruza in the semi-finals.

Twenty-time Grand Slam champion Roger Federer engaged in a truly epic quarter-final clash with the magnificently named Tennys Sandgren at the Australian Open. World number 100 Sandgren was bidding to become the lowest ranked player to reach the Melbourne semi-finals since 1991. He had already beaten two of the top 10 seeds ¿ Matteo Berrettini and Fabio Fognini ¿ but he was not given much hope of toppling Federer.

The legendary Swiss already had six Australian Open triumphs under his belt - most recently in 2018 - and he was among the favourites to lift the famous trophy this year. He had already beaten talented players like John Millman and Marton Focsovics, so he was expected to ease past the American without too much trouble. Federer secured a routine 6-2 victory in the opening set, and he appeared to be in cruise control.

However, his unforced error count doubled in the second set, which he lost 6-2. He needed a medical timeout to treat a groin injury when trailing 3-0 in the third set, and he was staring down the barrel of a shock elimination when Sandgren clinched it 6-2. A pro-Federer audience grew audibly nervous, but Federer began to rediscover his best form in the fourth. Yet it went to a tiebreak and he found himself 8-4 down, just two points away from defeat. However, Federer dug deep and won six points in a row, securing a 10-8 win and setting up a deciding fifth set, which he won 6-3.

The 38-year-old Swiss appeared exhausted as he raised his racquet to salute his fans, before trudging off to a standing ovation. Before the match, our traders predicted that Sandgren would win 90-96 points when setting the sports spread betting, but he actually won 161, which is 65 over the buy price. Fatigue and injury ultimately hampered Federer's chances in the semi-finals, where he lost in straight sets to eventual champion Novak Djokovic.

The Houston Texans travelled to Kansas City to take on the Chiefs in a monumental divisional round clash on 12 January. The Chiefs went into the game as favourites after superstar QB Patrick Mahomes led them to a 12-4 regular season record. However, they started sluggishly and found themselves trailing 24-0 in the second quarter. Another disappointing postseason collapse beckoned for coach Andy Reid as his team performed a number of agonising miscues.

However, Mahomes then decided to remind everyone of his formidable talents. The 2018 NFL MVP has a reputation as the most efficient passer in the game, and he cemented that status by leading the Chiefs to the biggest comeback victory in franchise history. Mahomes proceeded to throw for 321 yards and five touchdowns, while he also put up 56 rushing yards in a towering performance. The Chiefs scored six consecutive touchdowns before the Texans answered back, and they went on to win 51-31.

It was an entertaining, high-scoring affair that exceeded most pre-match predictions. Our traders pitched the Touchdown Shirt Numbers Index  the cumulative shirt numbers of each touchdown scorer in the game - at 180-195, but the end result was a massive 555. Three touchdowns for Kansas City tight end Travis Kelce, who wears the number 87 shirt, helped rack up that high tally, while number 26 Damien Williams also scored three. Kenny Stills, who wears the number 87 shirt for the Texans, also scored a touchdown in the high-scoring clash. The result ended up 360 higher than the buy price.

Chiefs Thrive in Both Halves

Our traders quoted Kansas City's Multi Points Index at 218-258 for that game between the Chiefs and the Texans. This is a prediction on how well a team will fare in both halves of a game. The result is calculated by multiplying the points scored by a team in the first half by the points they score in the second half. Anyone that bought at 258 on the Chiefs might have been concerned to see them trailing 24-0 in the second quarter, but they then managed 28 points unanswered to lead 28-24 at the break.

That game showed that you can never write Mahomes off. He then went on to lead the Chiefs to victory in the Super Bowl with another sensational performance that saw him named MVP. He had a first touchdown scorer spread of 0-4, but he sailed through the 49ers' defence to open the scoring. The first scorer is assigned 100 points, which is 96 ahead of the buy price.