Premier League champions Man City face their first serious test of the new season when they host Tottenham at the Etihad on Saturday. Pep Guardiola’s men have dominated the domestic game over the past couple of years and are now bidding for a third consecutive Premier League title. Spurs are one of the teams most likely to stop them in their tracks, and this game provides Mauricio Pochettino’s men with an early opportunity to claim a massive scalp. However Man City boast a great recent league record against Spurs and are the clear favourites to take all three points at home in this game. 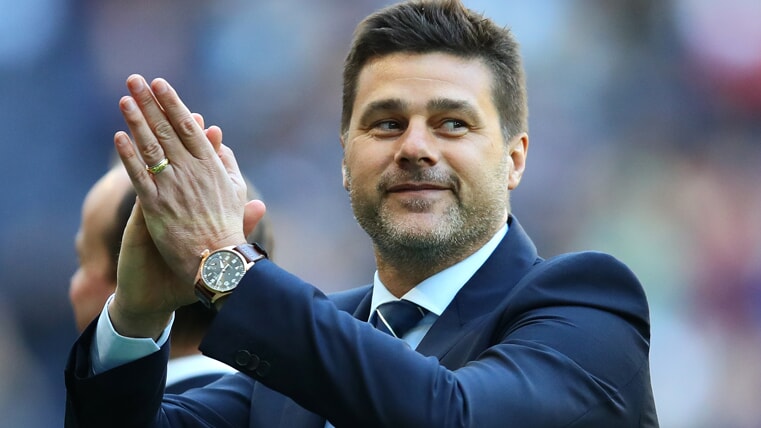 What Did Guardiola and Pochettino Taake Away from Their Premier League Opening Games?

Man City began the new campaign in typically imperious fashion as they travelled to London and annihilated West Ham. Raheem Sterling fired in a hat-trick, while forwards Gabriel Jesus and Sergio Aguero were also on target. It was an extremely one-sided contest, and West Ham’s defeat would have been heavier were it not for some VAR interventions. However, Guardiola is a supremely demanding boss and said he was not happy with his team’s performance in the first half. That should ensure that City are fired up for the Tottenham game and are on track again to take no prisoners.

Guardiola must surely have been impressed with the midfield masterclass delivered by new signing Rodri, who looked perfectly at home amid the cut and thrust of the Premier League. Sterling also proved that he is one of the world’s most dangerous forwards, and he could rival the likes of Mohamed Salah in the Golden Boot race this season. Kevin De Bruyne also looked sharp and Man City were full of imagination and creativity. Yet they will not enjoy such an easy ride against a well-drilled team like Tottenham.

Spurs trailed for the majority of their opening game, which saw them host newly promoted Aston Villa at their shiny new stadium. However, the game turned on its head when Danish playmaker Christian Eriksen replaced Harry Winks in the 64th minute. Suddenly, all the momentum was with Tottenham and they relished going through the gears. Recording 12 shots on goal in 64 minutes without him on the pitch, and then 19 shots in the subsequent 26 minutes, showed just how important he is to the side from a creative standpoint. 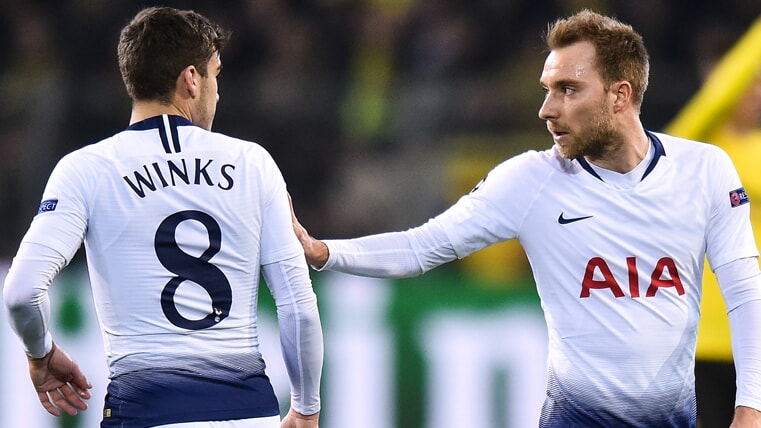 New signing Tanguy Ndombele fired in an equaliser from the edge of the area before talisman Harry Kane put Villa to the sword with a late brace. But Eriksen was the catalyst and Pochettino will be under pressure to start him against Man City. It is a conundrum for the manager, as the Dane was actively pursuing a move away from the club this summer, and may still leave for Spain before La Liga’s transfer window slams shut, but his creativity is unrivalled within the Spurs squad and there will be a gaping hole to fill if the creative dynamo departs the club.

Man City have beaten Spurs home and away in each of the last two Premier League seasons. They won 1-0 at The Etihad and 1-0 away from home last season en route to securing 98 Premier League points and seizing the title. The previous season saw Guardiola’s team rack up a record-breaking 100 points, six of them from Spurs as they beat Tottenham 4-1 at home and 3-1 away. Guardiola lost his first game against Spurs after taking the reins at Man City, before drawing 2-2 with them later that season, but in recent years he has had the better of the North London outfit.

In the Premier League, Spurs have beaten Man City 14 times, there have been two draws and Man City have picked up 13 wins. However, Man City have enjoyed the better results since Sheikh Mansour bought the club and bankrolled their lavish recruitment drive. That said, Tottenham were able to dump Man City out of Europe last season by securing a thrilling Champions League quarter-final triumph, so can take inspiration from that clash as they prepare for Saturday’s game.

Sergio Aguero and Bernardo Silva started on the bench in Man City’s 5-0 win over the Hammers, but Guardiola could opt to start them on Saturday. That would most likely mean Riyad Mahrez and Gabriel Jesus dropping to the bench, as Sterling is a guaranteed starter right now. Rodri is expected to keep his place in the team ahead of Ilkay Gundogan, with Fernandinho still working up to match fitness. John Stones and Aymeric Laporte should get the nod to start at the back.

Pochettino has a big call to make regarding Eriksen. He could persist with a three-man midfield containing Winks, Ndombele and Moussa Sissoko, as they will need to be strong to cope with De Bruyne and David Silva. But then there is a case for dropping Erik Lamela and slotting Eriksen back into a front three alongside Kane and Lucas Moura. Son Heung-Min is suspended, and Man City might be relieved about that after tormenting them in the Champions League last season. 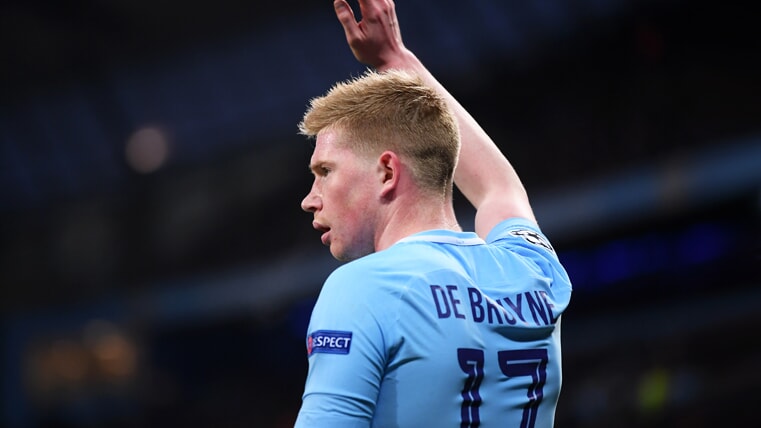 Man City are the 1/3 favourites to beat Tottenham in our Premier League betting markets. Having won their last four home games against Spurs in all competitions, that is perhaps understandable. Yet Tottenham will not go down without a fight, and value hunters might fancy them at the long odds of 7/1. Whilst if you think it will finish all square at The Etihad, you can find odds of 9/2 on the draw. Man City beat Spurs 4-3 when they last met here, and if you think this is likely to be another open, high-scoring game, you can find odds of 5/4 on over 3.5 goals.

We also have a wealth of exciting Premier League spread betting options that boost the thrill of watching the game. Man City have been assigned a 1.45-1.65 Match Supremacy Index over Spurs, while Guardiola’s men are priced at 70-76 in the 100-0 Index. Tottenham are just 8-13, which is possibly the lowest price you will see on them all season. Total Goals has been set at 3.2-3.4, while Total Goal Minutes is priced up at 165-175. You can also find all manner of player specials, allowing you to speculate on how well stars like Harry Kane and Sergio Aguero will fare, so you are bound to find something that appeals.

Check out the latest odds on Manchester City v Tottenham Hotspur at Sporting Index Odds or if you fancy a look at the spreads you’ll find City v Spurs spread betting opportunities aplenty!