Manchester City have the opportunity to return to the top of the Premier League table when they host Tottenham at 12.30pm on Saturday. Pep Guardiola’s men currently trail league leaders Liverpool by two points, although they have a crucial game in hand, and the title race looks set to go right down to the wire. The Reds face a struggling Cardiff side later on Saturday afternoon, so the onus will be on Man City to take all three points from this game. Yet Spurs are locked in a desperate battle for a top four spot and they also need the points, so it should prove to be a gripping contest.

These teams have this week been battling it out in the Champions League quarter-finals, but in the Premier League Man City have had it all their own way of late. They beat Spurs 4-1 at The Etihad and 3-1 at Wembley last season, and a Riyad Mahrez strike gave them a 1-0 away victory earlier in the current campaign.

Can Man City Remain in the Ascendancy?

The battle for a top four spot looks every bit as nail-biting as the title race and Tottenham will be highly motivated for this game. Mauricio Pochettino’s men are third, but they are just one point above Arsenal and Chelsea and three clear of Man Utd. Only two of those four teams will qualify for next season’s Champions League, so the stakes are extremely high. Spurs enjoyed a healthy advantage over their rivals a couple of months ago, but defeats to Burnley, Southampton and Liverpool saw that lead massively reduced. They have bounced back with wins against Crystal Palace and Huddersfield at their new stadium, but question marks linger over their away form.

Man City have been immaculate in the league over the past couple of months, but they cannot shake off a dogged Liverpool side. The champions are on an eight-game winning streak in the Premier League, but the Reds have won five on the bounce and they are surging with momentum too. Neither team can afford to drop points and it is developing into the most gripping title race we have seen in years. Liverpool invested heavily last summer in a bid to close the gap on Guardiola’s men and it will be fascinating to see if Man City can remain in the ascendancy.

Time for Son to Step Up

Tottenham will still be without Harry Kane as they travel to The Etihad in desperate need of a result. The England captain’s season appears to be over after he damaged ankle ligaments in a challenge on City’s Fabian Delph at Wembley, and he is a big loss for the team. Yet Son Heung-Min has deputised ably in his absence, Christian Eriksen remains a creative genius and Dele Alli and Lucas Moura are in strong form, so Spurs are still liable to cause plenty of problems for Man City. They are also strong at the back, and the midfield could become a key battleground once more. 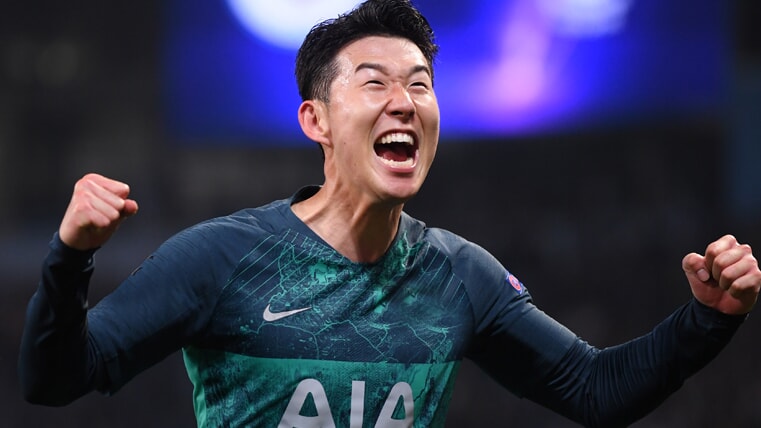 Guardiola is blessed with tremendous strength in depth and the likes of Fernandinho, David Silva, Ilkay Gundogan, Kevin De Bruyne and Bernardo Silva will vie for a place in the City midfield for this game. Harry Winks and Moussa Sissoko are full of industry for Spurs, but it will be up to Man City’s creative talents to dominate possession and create chances for the forwards. Sergio Aguero and Raheem Sterling are both in the hunt for the Premier League Golden Boot and both will be extremely dangerous in this game, while Gabriel Jesus, Leroy Sane and Mahrez also provide strong options in attack.

Spread betting offers a great opportunity to boost the excitement you feel when watching a big Premier League clash like this. You can choose from a number of options when it comes to spread betting on football, and a popular market is goalscorers’ Shirt Numbers. This is a prediction on the cumulative shirt numbers won by all the goalscorers in a particular match.

If you sell at the lower price, you will be hoping for a goalless draw, and if you buy at the higher price you will be hoping for a goal fest, preferably with players with larger shirt numbers excelling in front of goal. This is a unique market to spread betting and the possibilities are enormous, meaning your interest will be piqued for the entire game if you wager on it. This is a great example of how spread betting can enhance the thrill of watching a football match. You just have to decide how tired these players will be from their Champions League exploits and whether it will be an open, entertaining clash or a tight, nervy game on Saturday.

Feast your eyes on the Man City v Tottenham spread betting for the Shirt Numbers market and much, much more!

Check out our Rugby Spread Betting guide ahead of the Champions Cup Semi-Finals clashes.
Read more

Whether your buying or selling this guide will help you sharpen up your spread betting and get the maximum excitement.
Read more
Tweets by sportingindex