Manchester United vs. Manchester City: Everything You Need To Know Ahead Of Derby Day

When St. Marks kicked off against neighbouring side Newton Heath on a cold November afternoon in 1881, few of the players or attending fans would have ever imagined their fixture becoming one of the most hyped games in the entire football calendar. Sunday’s derby between Manchester United and Manchester City will be the 182nd competitive game between the two sides and, as well as carrying the bragging rights for either fanbase, could be a crucial moment for both teams in their respective seasons. They might have triumphed over Real Madrid at the Bernabeu and vanquished Aston Villa in last week’s Carabao Cup final, but the gap between Manchester City and Liverpool in this year’s Premier League is beginning to look a little bit embarrassing now. For Manchester United, whilst they look perfectly content with giving fourth place to Chelsea, they remain only 3 points behind the Blues and could very easily end this coming weekend in the Champions League positions.

Manchester United have had plenty of false dawns this season, racking up wins against Spurs, Leicester, City and doing the double over Frank Lampard’s Chelsea so far. However, they have also shocked our football odds with losses to Watford, Bournemouth, West Ham, Newcastle, Crystal Palace and dropped points at home to Aston Villa in what is quickly becoming a pretty common theme across their season. United are potentially on the brink of changing that however, coming into this weekend unbeaten in four league games and with the added confidence of knowing that they’ve already beaten City twice this season, both times at the Eithad.

This upturn in form has undeniably coincided with the arrival of Bruno Fernandes from Sporting Lisbon in January. The Portuguese talisman has scored twice and assisted two more in just 360 minutes of league action, with his xA (Expected Assists) currently at -1.29 better than what we would have expected to see him supply. Fernandes is also averaging 4.00 shots per ninety and 2.00 key passes per game. For comparison, Andreas Peirera averages 2.27 and 1.84, Juan Mata is at 1.24 and 2.23 and Jesse Lingard is even further behind at 2.03 and 1.93.

Whilst it would have been hard for even some of the greatest of Premier League sides to stop Liverpool this season, Manchester City’s title defence has fallen short of what most expect from Pep Guardiola’s side. Having racked up 198 points in two title winning seasons, City have shown some signs of potentially being on the wrong end of some fatigue, losing six times already so far, the same tally of losses they slipped to over the course of their two title wins.

Despite their inconsistencies this season, City have still shown more than a few flashes of their brilliance; they are still at the league’s top scorers with 68 goals, are on a run of just one loss in eight coming into the weekend and will obviously be riding high on confidence after two big wins against Real Madrid at the Bernabeu and against Aston Villa in the Carabao Cup final. With that being said, their xG (Expected Goals) is currently +3.94 worse than what we would have expected to see them score, contributing to an xPTS (Expected Points) tally of +5.75 points fewer than what they ‘should’ be on.

Who Has Had The Better Of Derby Day?

Manchester City and Manchester United have so far played 181 competitive matches across their history, with United currently sat with 75 wins, City with 54 and 52 draws to complete the record. United were undoubtedly at their derby day height under the legendary Sir Alex Ferguson, who faced off against the Cityzens 44 times in his career, winning 25 times, drawing 8 and losing just 11 times for a points per game record of 1.89.

However, Manchester City are a very different side these days to the one Ferguson first took to the field against. Following the takeover from Sheikh Mansour in 2008, City have become an absolute behemoth in the football world, romping to four Premier League titles and becoming the country’s second wealthiest club in the process. Since 2008, City have won 11 derbies, United 11 and there have been just 2 draws, although only four of those United wins have come since Ferguson retired.

What Happened In The Last Derby?

Manchester United registered one of those four post-Ferguson derby wins earlier in the season, shocking most Premier League betting markets by racing out to a two goal lead and holding out for an eventual 2-1 win at the Etihad. It was an absolutely spellbinding display of pace and power by United, with Daniel James registering four key passes over the course of the game, only matched by David Silva and Kevin De Bruyne, and their frontline of Marcus Rashford, Jesse Lingard and Anthony Martial all mustered 3 shots each. 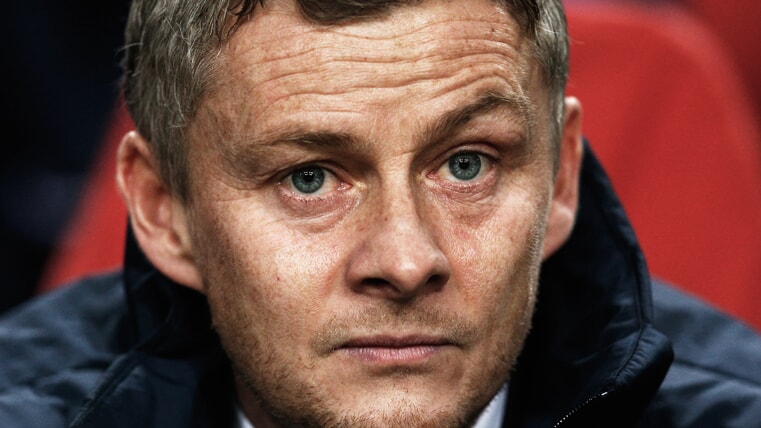 Though they managed twenty-one shots to United’s eleven, only five of City’s shots were on target against United’s seven. It was City’s fourth defeat of the season, Guardiola’s second against United, and meant that the Sky Blues had only won once in their past five home games against the Red Devils.

What About Old Trafford?

This weekend will see the Manchester derby return to Old Trafford, with the United home proving to be a much happier hunting ground for Guardiola’s side in recent times. Whilst the all time record still reads 33 United wins, 26 draws and just 21 City wins, Guardiola has won all four of his previous games at Old Trafford, with three of those coming in the league and one coming from this year’s Carabao Cup semi-final first leg. In fact, out of the last eight meetings at Manchester United, City have won six times, there has only been one draw and the Red Devils have only managed one win, under Louis Van Gaal in 2015.

Ole Gunnar Solskjaer’s men are enjoying a good season at home however, with the Red Devils currently sat with the fourth best record in the league when playing at the Theatre of Dreams. Seven wins, five draws and just two losses has seen twenty-seven of United’s forty-two points this season come at home this year.

Only Liverpool have a better away record than Manchester City this year however. Whilst four of their six losses have come away from home, City have still racked up thirty-five goals, nine more than Liverpool, and twenty-eight points from their fourteen games so far this season.

Who do you think will come out on top from this weekend’s Manchester Derby? Pick a side at Sporting Index with our leading Premier League spreads and top football markets for all of the best and latest odds and offers from the world of sport.