The Most Prolific Goalscoring Starts - Where Do Dominic Calvert-Lewin and Hueng-Min Son Rank?

Dominic Calvert-Lewin continued his remarkable start to the season by firing in a brace to lead Everton to a 3-2 victory over Fulham on Saturday. The young striker has now hit 10 goals in the first nine Premier League games of the season. However, he is just one goal clear of Tottenham’s Son Heung-Min in the race for the Golden Boot, as the South Korean superstar has also been on fire. That inspired us to delve into the history books and see if anyone has ever made such a prolific start to a Premier League campaign.

We found six players that have managed to bag eight goals in the opening nine rounds of fixtures in a Premier League campaign. Alan Shearer was the first man to pull off that considerable achievement when he made a blistering start to the 1995/96 campaign for champions Blackburn Rovers. However, it was not enough to prevent them from finishing second to Man Utd that season.

The next player to score eight times in the opening nine matches was Sunderland hero Kevin Phillips, who came flying out of the blocks in the 1999/00 season. He ended up winning the Golden Boot and helped the Black Cats to an impressive seventh placed finish. Thierry Henry was a serial Golden Boot winner for Arsenal, and his most prolific start to a campaign came in the 2004/05 season, when he hit eight in nine games. The Gunners’ 49-game unbeaten streak came to an end at Old Trafford, and they finished second to nouveau riche Chelsea.

Several players scored seven goals in their opening nine games of the season, but the next man to hit eight was Daniel Sturridge in the 2013/14 season. That was the campaign in which he formed a devastating attacking triumvirate with Luis Suarez and Raheem Sterling, and Liverpool came within a whisker of winning the title. Last season, Sergio Aguero and Tammy Abraham both went goal crazy in the opening weeks of the season, scoring eight apiece by the end of the ninth round of fixtures.

Son is one of just four players to have nine goals to his name by the end of Week 9 in the Premier League.

Despite being the current clear runner-up to Calvert Lewin with 9 goals, to Vardy and Salah’s 8, Son finds himself fourth favourite in this market with a current Golden Boot Index of 18-21

Who Else has hit 9 Goals in the First 9 Premier League Matches?

Aguero was the first player to pull it off, immediately after joining Man City from Atletico Madrid in 2011. He actually missed one match through injury, so he hit nine goals in just eight appearances that season. The Argentinean forward has not stopped scoring since then. 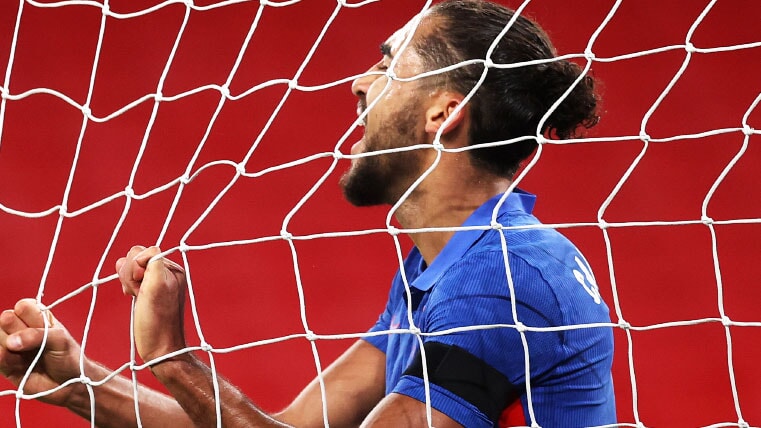 Aguero repeated the feat in the 2014/15 season, when he scored nine goals in the first nine games of the campaign. Chelsea forward Diego Costa also made a stylish start to life in England by scoring nine times, leaving him level with Aguero at the top of the goalscorer charts. Aguero would go on to win the Golden Boot that season, but Costa had the last laugh as Chelsea were crowned champions.

The only other player to score nine times by the end of Week 9 is Jamie Vardy, who made a sensational start to the 2015/16 season. Premier League defenders simply could not live with his pace and movement, and he ended up leading the Foxes to the unlikeliest of title triumphs, although Harry Kane pipped him to the Golden Boot that season.

Kane has never managed such an impressive start to the season – he was notoriously goal shy in August – while Golden Boot winners like Michael Owen, Cristiano Ronaldo and Didier Drogba never managed it either. In 2011/12, Arsenal striker Robin van Persie managed seven goals in his first nine games. He then hit a hat-trick in his 10th game of the season, and he was on 13 goals after 12 games, so that is something for Calvert-Lewin and Son to aspire to.

Calvert-Lewin is the only player to score 10 goals in the first nine Premier League games of the season. It is an astonishing return for a player that managed just 24 goals in 114 Premier League matches before this season. He previously carved out a reputation as a tireless worker, content to run the channels, chase down loose balls and press from the front, while rarely threatening in front of goal.

Yet Calvert-Lewin has flourished under the tutelage of Duncan Ferguson and Carlo Ancelotti. He now sticks to dangerous areas in the box, without tiring himself out by chasing so many loose balls, and the results have been phenomenal. He has flourished in Ancelotti’s system, with Richarlison and Alex Iwobi either side of him and James Rodriguez pulling the strings behind them.

His 10-goal haul is all the more remarkable when you consider that Everton are considerable underdogs in the Premier League odds for the title. You can check out the Premier League spread betting to see our latest prediction on the number of goals that Calvert-Lewin will end up with this season. Sell if you think he will struggle to keep up his fine form in front of goal, or buy if you believe he will continue to blaze a trail of destruction across the league.

An Honourable Mention for Luis Suarez and Micky Quinn

We have to give Suarez an honourable mention in this article. The Uruguayan was suspended for the first five games of the 2014/15 season after sinking his teeth into Chelsea defender Branislav Ivanovic the previous term. He went straight into the Liverpool team for the sixth game of the season, and scored twice to lead his team to a 3-1 victory. Suarez ended up hitting 13 goals in his first nine games that season, and even Calvert-Lewin cannot match that.

Another shout out must go to journeyman striker Micky Quinn, who joined Coventry on loan well into the season in November 1992. It was his first ever Premier League season, and Quinn took it by storm, scoring 10 goals in his first six games. He then drew a blank in his next two matches, before scoring again in a 1-1 draw with Norwich, taking his tally to 11 goals in his first nine matches.