The new Premier League season is fast approaching and clubs are busy bolstering their squads in preparation for the long and gruelling campaign. We have already seen several massive transfers take place and there are sure to be many more before the window slams shut at 5pm on 8 August. We have detailed each team’s transfer dealings thus far and shone a light on the deals that might yet be completed:

The Gunners have been active in the window of late, snapping up teenage forward Gabriel Martinelli from the Brazilian fourth division, tying up a season-long loan deal for Real Madrid starlet Dani Ceballos, who will fill the gap left by Aaron Ramsey. They have also struck a deal for Saint-Etienne defender William Saliba, although he will be loaned back to the Ligue 1 side for the 2019/20 campaign, while Arsenal continue to pursue Celtic left-back Kieran Tierney. They also want a winger, with Wilfried Zaha, Everton Soares and Nicolas Pepe all strongly linked.

Newly promoted Aston Villa have splashed out around £100 million in an effort to beat the drop next season and have certainly been one of the most active. The biggest signing is Tyrone Mings from Bournemouth, while Wesley joined from Club Brugge for £22 million and they have also brought in Ezri Konsa, Trezeguet, Jota, Kortney Hause, Matt Targett, Bjorn Engels and Douglas Luiz from champions Manchester City. They still want another goalkeeper and they are sure to be in the market for one, so there is every chance of future deals at Villa Park. 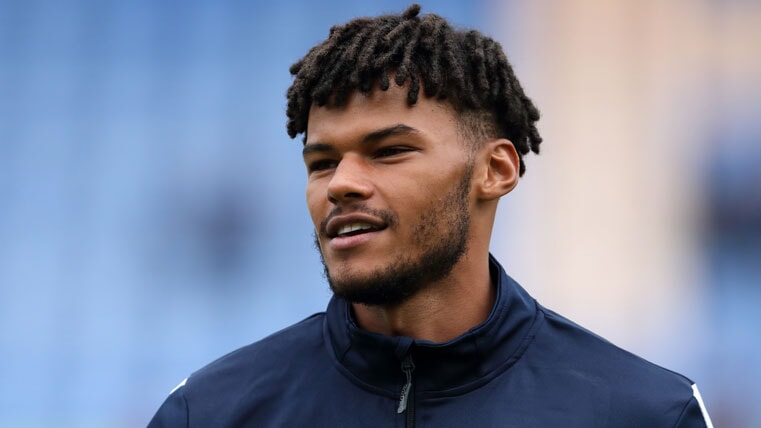 It has been a very quiet window for the Cherries so far. They banked £26 million by selling Mings to Villa and Lys Mousset to Sheff Utd, but the only arrivals have been Championship players Lloyd Kelly and Jack Stacey. Eddie Howe has made Bournemouth an established mid-table club, with key men Nathan Aké, Ryan Fraser, Callum Wilson and David Brooks frequently dazzling, but they may need to invest in the squad if they are to avoid a relegation battle next season.

It is all change for the Seagulls this summer after they axed Chris Hughton and brought in Swansea boss Graham Potter to replace him. They signed Leandro Trossard in an £18 million deal from Genk and he will be tasked with providing goals for striker Glenn Murray, who is about to turn 36. Anthony Knockaert has left the club and Bruno has retired, while Matt Clarke has arrived from Portsmouth, but Brighton fans will hope to see more transfers wrapped up soon.

The Clarets brought fan favourite Jay Rodriguez back to Turf Moor and Erik Pieters has joined from Stoke. Peter Crouch and Jon Walters have retired, but they were bit part players last season and Burnley should be virtually unchanged in 2019/20.

The Blues sold star player Eden Hazard to Real Madrid this summer. They have been hit with a two-window transfer ban for breaching regulations, so they cannot replace him. They did manage to tie up a deal for Borussia Dortmund starlet Christian Pulisic in January and he has now joined the club, while Mateo Kovacic’s loan move was made permanent, but new manager Frank Lampard will have to put his faith in youth next season. Callum Hudson-Odoi, Tammy Abraham, Mason Mount and Michy Batshuayi could all look forward to plenty of playing time. 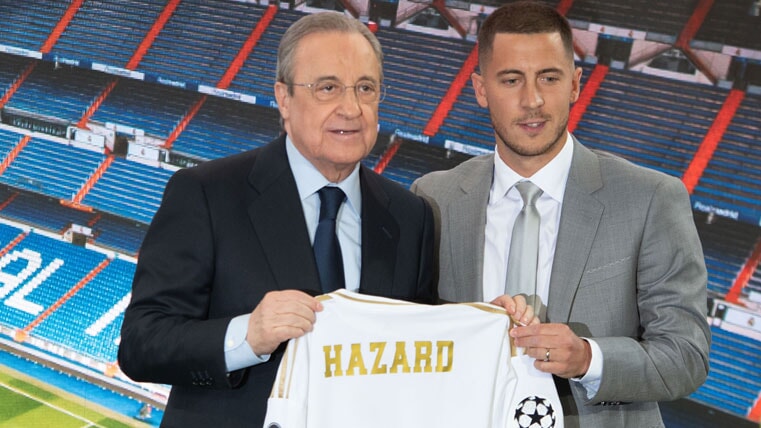 The Eagles sanctioned the £50 million sale of right-back Aaron Wan-Bissaka to Man Utd and now they are busy rebuffing Arsenal’s lowball offers for Zaha. Jordan Ayew has joined the club for £2.5 million to provide competition for the forwards, while Bakary Sako and Jason Puncheon were released.

They still need a replacement for Wan-Bissaka – Nathaniel Clyne was targeted, but he will now be out for nine months after suffering a bad injury, and an offer for Chelsea’s Reece James was recently rejected – while they have been linked with Rangers’ controversial, intermittently brilliant forward Alfredo Morelos.With holes to plug in the Crystal Palace squad and Zaha strongly linked with a move away from Selhurst Park, it is sure to be a busy end of the window for the Eagles.

The Toffees have not been shy to splash the cash under Farhad Moshiri, but it has been a relatively quiet transfer window so far at Goodison Park. They have made Andre Gomes’ loan move permanent in a £22 million deal and invested a further £10 million in Fabian Delph, while Ademola Lookman joined RB Leipzig for £22.5 million. Everton are also linked with Zaha, while they are keen to capture Kurt Zouma from Chelsea.

Leicester broke their club record to sign Belgian midfielder Youri Tielemans from Monaco in a £40 million deal. The playmaker starred during a loan spell at the King Power last season and plenty of clubs were chasing his signature, but the Toffees moved decisively. A further £30 million went on signing the prolific Ayoze Perez from Newcastle, and he will vie for a starting berth alongside Jamie Vardy. Title winners Shinji Okazaki and Danny Simpson have been released.

The height of Leicester’s remaining transfer activity all depends on whether Harry Maguire’s well documented transfer to Manchester United goes through, with The Foxes sure to be looking for a replacement for their star man, should any deal go through.

All quiet on the transfer front for Liverpool, who won the Champions League and secured their highest ever Premier League points haul last season. Jurgen Klopp seems happy with his squad, but they could do with better cover for star forwards Mohamed Salah and Sadio Mané. Daniel Sturridge was released and Danny Ings moved to Southampton in a £20 million deal. The Reds have been linked with a bid for former player Philippe Coutinho, and Anfield has emerged as a potential destination for Gareth Bale, but it is hard to see owners FSG investing in a major signing this summer.

Pep Guardiola’s men are aiming for a third consecutive Premier League title next season and they have brought in talented midfielder Rodri from Atletico Madrid to aid their cause. Legendary captain Vincent Kompany has retired and Delph has departed, so there are a couple of gaps in the squad to be plugged, but Man City look formidable once again.

They are the favourites to win the title next season and Sporting Index has a fantastic offer for you to take advantage of. Back Man City at 1/2 for the title and we'll pay you out if they're top by the end of matchweek 4 (02 September). Several teams sit at the top of the table in the autumn and find themselves overhauled by the end of the campaign. Our City Payout offer could therefore prove to be a godsend for punters next season if Guardiola’s men make a strong start to proceedings.

Ole Gunnar Solskjaer has bolstered the defence with Wan-Bissaka, but they are still doggedly pursuing Leicester centre-back Harry Maguire. An £80 million fee has been quoted, which would make the England international the most expensive defender of all time. Romelu Lukaku hopes to move to Inter, while Paul Pogba is desperate to leave the club, so Man Utd could have a lot more shopping to do before August 8. Fans would love to see Bale arrive, but the Red Devils have already purchased one speedy Welsh winger in Daniel James. 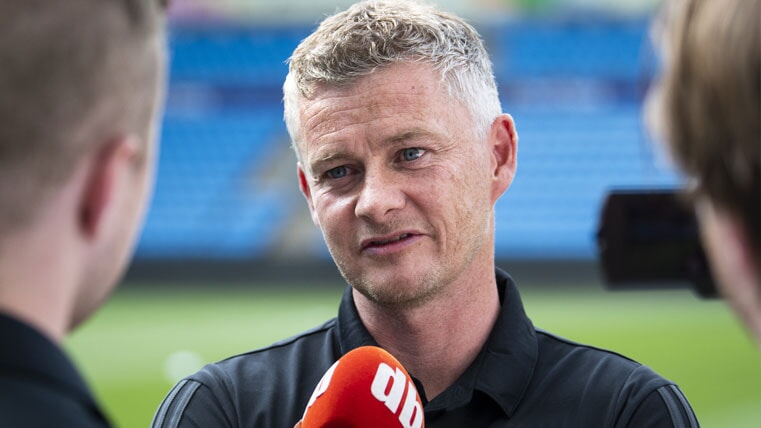 This has been a summer of great upheaval for the Magpies after popular manager Rafa Benitez left for China. Perez has gone and Salomon Rondon, who thrived on loan last season, will not be returning. Steve Bruce has been parachuted in to pick up the pieces and Newcastle broke their transfer record to sign striker Joelinton from Hoffenheim in a bid to beat the drop and ease worries.

The Canaries have bolstered their squad with the likes of Sam Byram, Josip Drmic and Archie Mair, but they have spent very little this summer. Ralf Fahrmann and Patrick Roberts have arrived on loan, but it will pretty much be the team that won the Championship bidding to stay afloat in the Premier League in 2019/20.

The Blades shattered their transfer record when they splashed out £4 million on Luke Freeman earlier this summer. They then snapped up Mousset from Bournemouth for £10 million. Phil Jagielka has returned to the club after a 12-year absence and he should slot straight into the defence, but Sheff Utd may still require investment if they are to survive in the Premier League.

The south coast club have completed some smart transfer business already this summer, bringing in Moussa Djenepo from Standard Liege in a £14 million deal and spending £20 million to make Ings’ move permanent. They looked improved under Ralph Hasenhüttl last season and any further arrivals would need to be quick, energetic and industrious to fit in with his philosophy.

Spurs fans can rejoice after the club finally opened the chequebook after a long absence. The London side broke their transfer record to sign Tanguy Ndombele from Lyon in a £55 million deal and he looks like a terrific replacement for Mousa Dembele. Jack Clarke was signed from Leeds, although he will be loaned back to the Championship side for 2019/20. Kieran Trippier has moved to Atletico Madrid and Danny Rose has one foot out of the door, so Spurs will be on the hunt for full-backs, while desperately trying to keep hold of playmaker Christian Eriksen.

The Hornets spent £5 million in signing Craig Dawson from West Brom, but it has been a very quiet window so far. They exceeded expectations last season, but fans will demand more signings ahead of the new campaign. They will also hope to keep the mercurial Gerard Deulofeu out of Roma’s clutches.

West Ham smashed their transfer record to sign Sebastien Haller from Eintracht Frankfurt in a £45 million deal. Marko Arnautovic has moved to China in search of his fortune, while Andy Carroll was released, so Haller’s arrival is welcome. He will compete with Javier Hernandez for a starting berth up front, while the Hammers will hope to welcome Jack Wilshere back from injury. Impressive Spanish youngster Pablo Fornals joined for £24 million and West Ham should be strong going forwards next season.

Wolves enjoyed a superb campaign as they finished seventh in 2018/19, but they have done little to bolster their squad since then. Raul Jimenez is now a permanent member of the squad following his £34.2 million move from Benfica, while Leander Dendoncker has also joined on a permanent deal, but the squad is essentially identical to last season’s. Super-agent Jorge Mendes has brought a number of his players to the Black Country in the past two seasons, and Wolves will hope for a few more of his Portuguese stars before the window closes.

Fancy Manchester City to storm the opening weeks of the Premier League?...Sporting Index has an offer worthy of a champion: Back Man City at 1/2 for the title and we'll pay you out if they're top by the end of matchweek 4 (02 September).