The long wait is over and the new Premier League season finally kicks off this weekend. Liverpool host newly promoted Norwich in the curtain raiser on Friday night and there are several exciting games to look forward to on Saturday and Sunday.

The Reds came within a whisker of winning the Premier League last season, but they ultimately finished just one point behind Man City. Yet they went on to win the Champions League and they should approach this season full of confidence. Our traders make them the second favourites for the title at 5/2 and they are predicted to secure around 86 points in the Premier League Points Index. They take on Norwich, who won the Championship last season to return to the big time. It will be a real baptism of fire for the Canaries, and they will need to perform heroics if they are to get a result at Anfield. 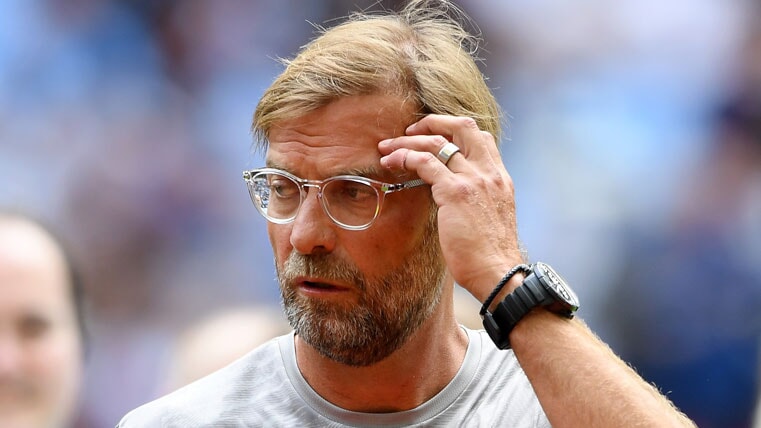 Man City have secured six wins in six meetings against the Hammers since Pep Guardiola took over as manager in 2016. His first campaign ended trophyless, but they secured a record-breaking 100 points to win the title in 2017/18. Last season, they needed to win their final 14 games in a row to finish on 98 points and just pip Liverpool to glory.

This time around, our traders predict they will end up with between 92.5 and 94 points, while West Ham have been assigned a spread of 49-50.5, which would leave them mid-table. They have invested in Pablo Fornals and Sebastien Haller this summer, but their defence has been leaky for several years now, and Man City will surely fancy their chances of ripping it apart in the early kick-off on Saturday.

Eddie Howe has kept hold of key men Nathan Aké, Callum Wilson and Ryan Fraser this summer, and he will build his side around that trio. Bournemouth have played attractive football for several years and that has allowed them to become Premier League mainstays. They are in for another season of mid-table obscurity, if our Premier League Points Index is to be believed, but Sheff Utd are expected to finish rock bottom of the table.

They have broken their club record several times to sign Oliver McBurnie, Lys Mousset and Callum Robinson this summer, while bringing Phil Jagielka back to the club looks like a shrewd move, but there is very little proven Premier League quality in their squad and it could be a long old season for Blades fans. We make Bournemouth the even money favourites in this one, while the visitors are priced at 11/4.

These two teams have been involved in a few relegation scraps in recent years, and both sets of fans will be hoping for a more comfortable ride in 2019/20. They look pretty evenly matched in terms of quality, but the Clarets enjoy home advantage on Saturday and they are the narrow 13/8 favourites in our Premier League betting odds.

Our traders predict Southampton will finish above Sean Dyche’s men in the table this season, as they have been assigned a Points Index of 44-45.5, compared to 38-39.5 for Burnley. Neither team has been particularly active in the summer transfer market this time around, and it will largely be the same players we saw last season. It finished 0-0 when these teams met at St Mary’s last term, and then 1-1 at Turf Moor in February, suggesting just how evenly matched they are.

Our traders reckon Everton could pip Leicester and Wolves to seventh place this season after they signed Moise Kean, Andre Gomes, Jean-Philippe Gbamin and Fabian Delph. It finished 0-0 when these teams met at Selhurst Park last season, following a 2-0 home win for Everton. It has been an exceptionally quiet summer transfer window for the Eagles and they could well be in for another relegation battle. Our traders can see them finishing about five points clear of the drop zone in the Premier League Points Index, but Roy Hodgson will have to work hard to steer Palace to safety. A morale-boosting result against Everton on the opening day would certainly help his chances.

Brighton owner Tony Bloom is a professional gambler and he took a big punt by sacking long-serving manager Chris Hughton this summer. Former Swansea boss Graham Potter was hired to replace him, and the Seagulls have since bolstered their squad with Neal Maupay, Leandro Trossard, Adam Webster and Aaron Mooy which should improve their fortunes at both ends of the pitch.

However, our traders are unconvinced, and Brighton have been assigned the fourth lowest Premier League Points Index spread in the league, suggesting they may in for a season of struggle. If you think Brighton may drop, you can find odds of 2/1 in the Premier League outright betting on them being relegated. Our traders reckon another season of mid-table anonymity beckon for Watford, who finished 11th last season and then suffered a heavy FA Cup final defeat to Man City. They have not set the world alight in the transfer market, but they have several strong players and they are 5/6 favourites to beat Brighton on Saturday.

Spurs fans can rejoice as chairman Daniel Levy has finally started splashing a bit of cash. Tanguy Ndombele, a record signing from Lyon, will go straight into the midfield, and Tottenham supporters will be excited to see how he links up with star forwards Harry Kane and Son Heung-Min. Newly promoted Aston Villa have invested an astonishing £134 million on 12 new players, essentially presenting manager Dean Smith with a completely new team for the upcoming campaign.

The standout players are Brazilian duo Wesley and Douglas Luiz, former Bournemouth defender Tyrone Mings and full-back Matt Targett. Our traders reckon Villa will beat the drop, but last season Fulham proved that you cannot simply buy your way to safety. This is a tricky opening game for Smith’s men to navigate, and they are big underdogs in the Premier League betting odds to get anything from this match. 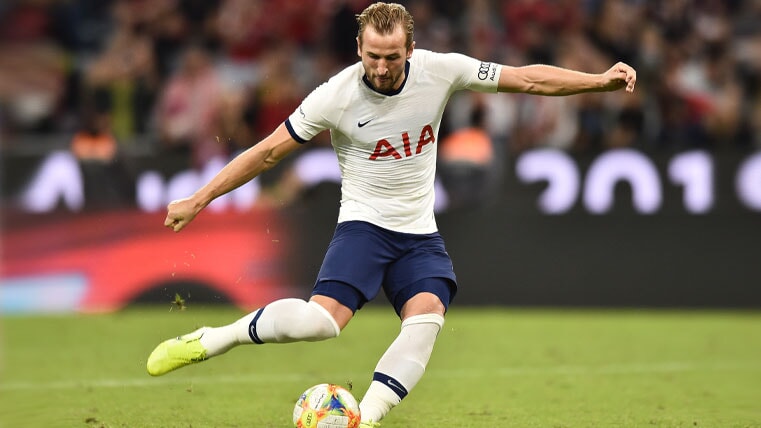 Wolves seized seventh place last season after enjoying a remarkable first campaign back in the top flight. Owners Fosun International have deep pockets and they continue to invest heavily in Portuguese talent, aided by super-agent Jorge Mendes. They will be keen to finish at least seventh this time around, but Leicester will provide ferocious competition.

The Foxes looked excellent after appointing Brendan Rodgers as manager last season, and they have spent more than £70 million on Youri Tielemans and Ayoze Perez, which will relieve the burden on James Maddison and Jamie Vardy.

This game could go a long way to determining who finishes seventh. Leicester are priced at 5/4, while the draw and a Wolves win are both 9/4, so there is plenty of value on offer for punters in this game.

It has been a miserable summer for Magpies fans after beloved manager Rafa Benitez finally walked away. He kept Newcastle in the top flight through tactical brilliance over the last two seasons, but he eventually grew frustrated with a lack of investment in the squad. Supporters were furious at the news that Steve Bruce, the former Sunderland and Hull boss, was replacing him. They have also lost their top two goalscorers from last season, while the arrival of Joelinton has not done much to assuage their concerns.

Arsenal beat Newcastle home and away last season, and they might fancy their chances of taking another three points in this one. They have bolstered their attacking options with the high-profile arrivals of Nicolas Pepe and Dani Ceballos, and they will relish the opportunity to take on this Newcastle defence. The Premier League Points Index suggests that Arsenal will engage in a furious battle with Man Utd for fourth place, while Newcastle will scrap for survival with Brighton and Norwich.

The biggest game of the weekend takes place at Old Trafford on Sunday afternoon. Man Utd fans will be excited to see £80 million man Harry Maguire in action for the first time, alongside £50 million signing Aaron Wan-Bissaka. That should make the Red Devils stronger at the back this season, and Ole Gunnar Solskjaer will be hoping for a real breakout campaign from young striker Marcus Rashford. Chelsea have been hit with a two-window transfer ban for misconduct when signing young players, so they have not been able to replace star man Eden Hazard, who moved to Real Madrid this summer. 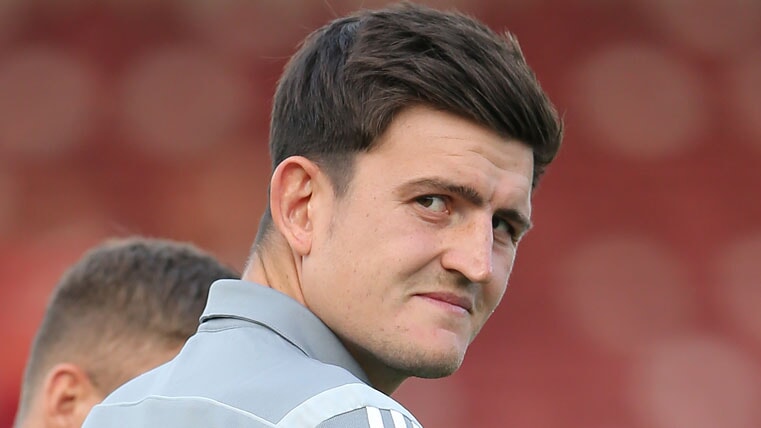 The only new arrival is American playmaker Christian Pulisic, who joined on a deal arranged before the ban was announced. New manager Frank Lampard will turn to youth players like Mason Mount, Tammy Abraham and Callum Hudson-Odoi to plug the gaps in his squad, but this could be a transitional year for the Blues.

The Premier League outright betting puts both Man Utd and Chelsea at 11/10 to secure a top-four finish in 2019/20, so this result could have a huge impact on the battle for a Champions League spot. Man Utd are the 11/10 favourites to win the match, while Chelsea are 5/2 underdogs, and both teams to score is 5/6 for anyone anticipating an open, entertaining match.

The Premier League is back, and you can now find a comprehensive selection of BOTH spread betting and fixed-odds Premier League markets at Sporting Index.